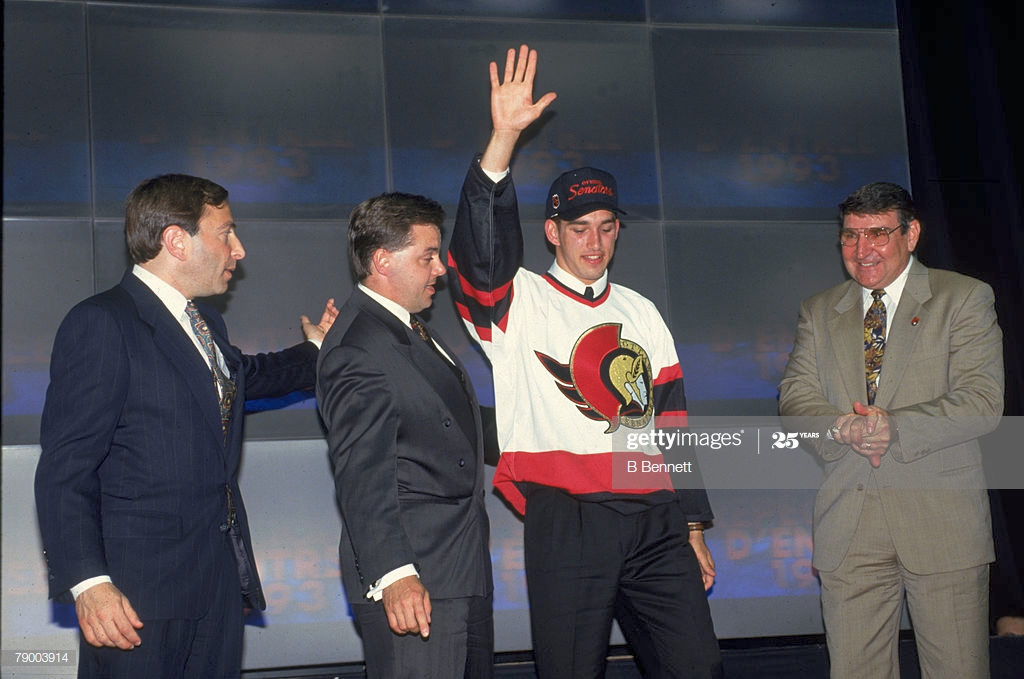 The week that Sens fans have been waiting for since October has finally arrived. The NHL 2020 Draft Lottery will be taking place on Friday and the Ottawa Senators have 3 first-round picks, 2 of them sitting currently at 2nd and 3rd. Sens fans will be hoping to at least remain in that position so they have the best chances at drafting a possible franchise turning player(s). The keyword here is possible as the Senators like every other organization has a history of drafting busts. So without further ado here are the Top 5 worst first-round draft picks in Sens history:

Jakub Klepiš was drafted 16th overall in the 2002 NHL Entry Draft. However, before ever stepping on the ice for the Senators, he was dealt to the Sabres for Vaclav Varada. On an interesting side note, he was traded from the Sabres to the Capitals without ever stepping on the ice for Buffalo. Vaclav Varada only ended up playing 117 games with the Sens, finishing with 39 points so it’s fair to say that this pick was a big bust.

Brian Lee was drafted 9th overall in the 2005 NHL Draft. This was the year lost to the lockout so draft order was determined by a lottery. The Sens were actually good during this time period and were basically gifted the 9th overall pick. Instead of drafting Marc Staal like most analysts thought they would, the team decided to draft Brian Lee instead, also passing on some kid from Slovenia you may have heard of named Anze Kopitar. This was clearly the wrong decision as Lee would play a total of 167 games with the Sens in his career and Kopitar would score over 60 points in 2006-07 and very well could have helped the Sens win a Stanley Cup

Curtis Lazar, heading into the 2013 NHL Draft, was being compared to forwards Milan Lucic and Mike Fisher. He was coming off a couple stellar showings at the international level winning gold at both the 2011 Canada Winter Games and the 2012 Ivan Hlinka Memorial Tournament. All of this including the comparisons made the Ottawa Senators very excited and happy to select Lazar 17th overall. From there it all went downhill. His first two seasons in Ottawa were not bad, finishing with 15 points in the first season and 20 points in the second season. However, Sens fans believed that Lazar should have been spending that time developing in the AHL instead of rushing into the NHL. Management didn’t listen until they were finally forced to send Lazar down after he earned 1 point in 33 games in the 2016-17 season. A player in his 3rd season in the NHL who was compared to Lucic and Fisher earning only 1 point in 33 games was not a good sign and that ended up to be his key downfall as at that seasons’ trade deadline he was traded to the Calgary Flames for Jyrki Jokipakka, a player who played 3 games for the Sens, and a second round pick (Alex Formenton). Curtis Lazar is the prime example of how to not manage a player’s development and Sens fans are never too quick to remind management about this failure of a first-round draft pick.

This was the most obvious selection for the whole article. Alex Daigle was THE prospect heading into the 1993 NHL Draft. It got to the point that the Senators were accused of tanking on purpose to be able to draft Daigle. This was a main reason why the NHL later introduced the lottery system. Daigle was such a high ranked prospect that the Quebec Nordiques reportedly offered the Sens star players such as Owen Nolan, Peter Forsberg, Ron Hextall, and draft picks but the Sens turned them down. Ottawa ended up drafting Daigle first overall ahead of Chris Pronger. After a stellar rookie season, Daigle’s play kept decreasing and he eventually ended up on the 4th line. He was frequently criticized for lack of effort and motivation. Daigle was eventually traded away in 1997 and will go down as one of the biggest busts in all of sports history.

This concludes my top 5 worst first-round draft picks in Sens history and hopefully, none of this year’s draft picks will ever pop up on a list like this. C