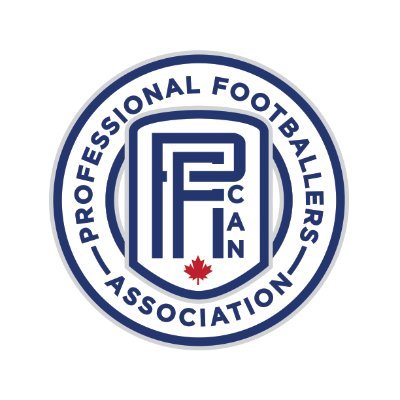 If you missed the news, there is now a Players’ Association (PA) for professional Canadian footballers. Ottawa fans are familiar with this reality, after going through the quite difficult standing-up of the USLPA last year. We all realize there is a long road ahead for the union in its relationship with the CanPL.

The Professional Footballers Association Canada (PFACan) was officially stood this past February. It is the first formal union for both male and female elite players in the country, although it is currently focused on representing CanPL players at this time. This is a development which, honestly, was to be expected, although the PFACan accelerated its plans due to the pandemic, and the related announcement by the CanPL of a wage deferral, as reported by JJ Adams from The Province.

The importance of PAs in professional sports

Unions/PAs in professional sports are important. Most major professional players in the world have some sort of PA.  In North America, we are notably familiar with the likes of the NHLPA, the NBPA, the NFLPA, the MLBPA, the CFLPA, and the MLSPA. It goes without saying that all the PAs above were deeply involved in the return to play in the pandemic conditions.

In the football/soccer world, there are also multiple PAs/unions, which are collaborating under the FIFPRO umbrella organization, FIFPRO consists of 65 national member PAs, across all continents. For example, the MLSPA is a member of FIFPRO, as is the English Professional Footballers’Association (the ‘grandfather of PAs’, established in 1907), the French Union nationale des footballeurs professionnels, the Spanish Asociación de Futbolistas Espanoles and others.  There is no doubt in our mind that, eventually, PFACan will be a member of FIFPRO (and is reportedly already receiving their support).

In Canada, we also have AthletesCAN, the association representing national teams athletes. AthletesCAN collaborates with professional PAs in North America, and with FIFPRO, and with the World Athlete Association. There will likely be collaboration between AthletesCAN and PFACan.

Although the majority of discussions on PAs have been around salaries and benefits, especially during job actions in North American sports, PAs are critical beyond salaries issues. They are essential for health and safety issues (highlighted by the current pandemic), mental health, training conditions, contractual and transfer issues, players’ image rights and marketing, education and post-career opportunities, raising the profile of the women’s game, and even helping players in need.

In short, their impact is felt all across the game and the industry, which make them, in our opinion, major actors of change benefitting the overall the sports industry.

In the Canadian football/soccer context, with a new league, with non-millionaires players, a PA is needed not only to look after the players (which is their fundamental role), but also to be an integral part of the growth of the game in the country. The traditional PAs impact on the sport business can definitely be something positive for the game in Canada.

Relationship with the CanPL

The CanPL appears very reticent to recognize the PFACan, but we think this is absolutely required, and will be done voluntarily. All across the world, players are unionized, and Canada cannot be an exception.

The initial messaging from the CanPL have been to the effect that the players are lucky to be even playing in this new league. In fact, the league is not wrong, as it need to be prudent through its first years, to ensure it establishes itself with a strong base, and avoids living the fate of previous professional soccer leagues in Canada.

However, a sound relationship between the league and the players is absolutely primordial. There was some positive dialogue between both entities in discussing the return to play protocols. However, it seems the formal recognition issue of the PFACan by the league remains a tense point.

The PFACan has shown their goodwill, by saying publically that they have delayed any discussions related to collective bargaining, as the league, in its second year, is dealing with both establishing itself and managing the major effects of the pandemic on the entire sports industry. The pandemic has negatively affected overal revenues, including those coming from ticketing, merchandise sales, broadcast and sponsorship.

However, the league cannot, in our opinion, remain silent on the PA. As we often say in the business world, if your most important asset is the human resources, the league has to come forward and ensure that it is true. In fact, in a sports league, where the product is, essentially, its athletes. In fact, we are of the opinion that an early recognition of the union by the CanPL would prove that the league shows a level of maturity that is beyond its age.

Hopefully the league will recognize PFACan voluntarily, and will not force the PA to seek a complex legal recognition across multiple provincial jurisdictions. In Canada, workers have the right to unionize and engage in collective bargaining. And the league may well have recognized players as workers if they truly requested the Government of Canada Emergency Wage Subsidy for them (it’s unclear if this was requested for league/team employees AND for players). Additionally, the league has reportedly requested up to $15M in governmental assistance.

Atlético Ottawa will definitely follows the league’s lead through this issue. This said, it must be noted that the larger Atléti family is no stranger to dealing with PAs. As mentioned above, Spain has an active footballers’ union, the Asociación de Futbolistas Espanoles (AFE). There is also a Mexican PA – Asociación Mexicana de Futbolistas –founded in 2017 which technically covers Ottawa’s cousin club players from Club Atlético de San Luis, which plays in Liga MX.

The Spanish Futbol industry has seen numerous job actions in the last 20 years. Those actions were linked to tax increases, revenue sharing, guaranteed wages and others. Interestingly, the most recent job action in Spain was this season, when female players in Liga Iberdrola/Primera División Femenina went on strike, mainly over pay, minimum wage and working conditions. Club Atlético de Madrid is no stranger to this, as it has a well-established women’s section.  Female players in Spain are represented by the AFE, demonstrating the potential a union could eventually have for all pro players of all levels and gender in Canada.

We do not know if Atlético Ottawa’s CEO Fernando López dealt with the AFE when he was employed by Atlético de Madrid. But it must also be said that Lopez was a player before following the management avenue. He played in the Atlético de Madrid Academy system and for Levante U.D, notably in lower tiers.

So, in the end, we have to presume that Ottléti’s CEO is very familiar with the role of PAs, and in fact, this may be a very good asset to the league in its dealing with the nascent PFACan.

A proposition: Engage the Fans

As of now, and although social media is only a microcosm of reality, it clearly appears that the PFACan has a lot of support from the CanPL fans.

A major past criticism of PAs has been the lack of consideration for the fans, especially during North American sports job actions. This perception has evolved, after a realization that job actions have traditionally opposed millionaire players against multi-millionaire/billionaire owners, mostly about a better revenue sharing of the sports’ profits.

NFL Commissioner Roger Goodell has even argued in an essay published in Are Players’ Unions Good for Professional Sports, that owners care about fans, whereas the players’ unions do not.

As such, we think that PFACan should, after it ensures that it is recognized by the league, and even Canada Soccer, work on a fan engagement strategy.

Technology offers a fantastic opportunity for direct athlete-to-fan engagement. This is not a traditional PA role, but certainly one which could be explored by PFACan. Beyond conventional assistance with player rights management and marketing, the nascent fan engagement discipline within the sports industry (discussed here) provides an exploitable opportunity for PFACan.

The National Basketball Players’ Association (NBPA) is notably at the forefront of PA-driven fan engagement, with the goal of linking players with the fan more directly. Technology and the ongoing pandemic offered the NBPA an opportunity to connect its players to the fans on a ‘personal level’ through the use of the CoStar platform, a partnership which was officialised in early May 2020.

In conclusion, we judge that a PA for Canadian soccer is good. Although we understand the league’s careful approach – motivated by its need to ensure a sustainable future – it’s clear that PFACan is here to stay, and offers a clear opportunity for the Canadian soccer industry to engage in meaningful discussions with its players. The Atléti factor could also be positive for the CanPL, as the club  – and its Mexican cousin – dealt with unions in the past, and it could bring its experience to the CanPL, in order to engage in this well-needed meaningful discussion. It is also our opinion that PFACan could reinvent the way PAs engage the fans, without taking too much from the league.