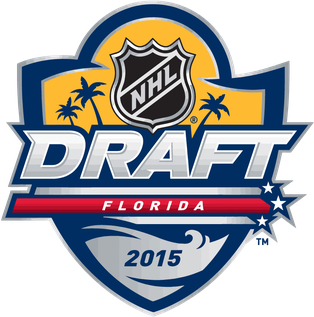 This Senators’ season is shaping up to be a long one. This was expected as the team is in the toughest part of the rebuilding stage right now. With that in mind, we have decided to start a new series where we revisit recent drafts by the team. The series aims to analyze the picks the team has made and see how that draft class looks now. To get the series kicked off we go back in time to the 2015 NHL Entry Draft.

Thanks to the Buffalo Sabres, the Sens had two first round picks in this draft after dealing Robin Lehner. The team made very good use of these picks as Chabot is shaping up to be a future top five defensemen in the league. We will forever be grateful to the Bruins for not only passing on Chabot three times, but also drafting his D PARTNER instead of him! Colin White is turning into a good player for the team as well. While some better players were selected after him, by all accounts he is a great personality in the locker room and is developing into a solid piece for the team.

The second round still remains a question mark for the team. While the team traded up to select Gagne, had they been able to move up just one more spot they’d be a lot more fun to watch right now. Gagne was never really able to put all the tools together and ended up being traded away, a big miss for the Sens. Chlapik has shown flashes of solid potential in his time with the team and could be a very good top 9 forward one day.

Wolanin is looking like another of three solid defense prospects drafted by the Sens in 2014. When he is able to return from injury he should be a long term piece in the Sens’ top 4. Ahl looked like a good prospect for the Sens in the past, but has fallen off. Joseph or Kaprizov would have provided much more to the team’s prospect pool.

The third of the three defensemen drafted by the Sens in Jaros is looking like another good pick. Jaros skates well is not afraid to throw his weight around. Jaros should be a big upgrade over Boro on the Sens’ blueline sooner than later.

Daccord looked promising throughout his college career and can possibly develop into a valuable asset for the Sens going forward.

All in all, the 2015 draft is shaping up to be a good building block for the Senators. The team passed on some talented forwards who would be great additions to the current lineup. However, they added three solid defense prospects who are looking to be stabilizing forces on the blueline for years to come. The first round was a great success and is looking like the backbone of this current rebuild. The next edition of this series will focus on the 2016 NHL Entry Draft.

2 thoughts on “Drafts in Review Part 1”