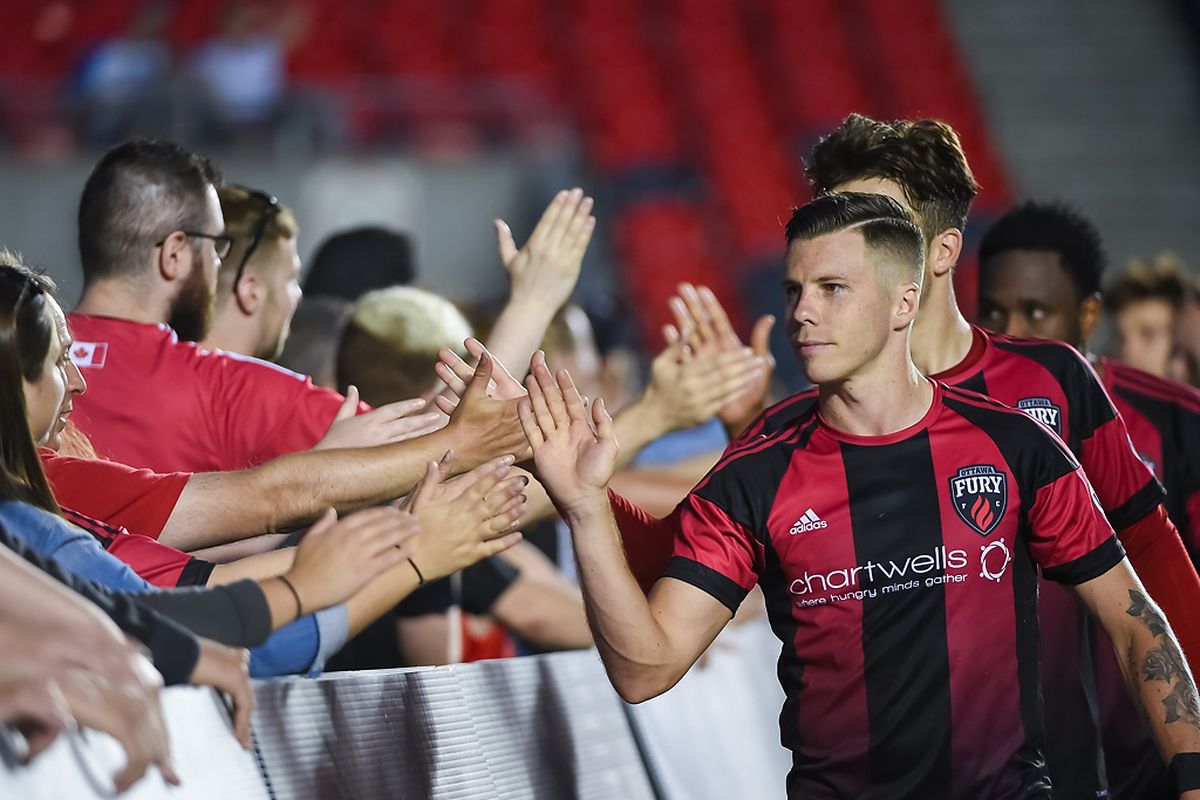 It’s official, the Ottawa Fury have ceased operations and shut down. CONCACAF refused to sanction them for the upcoming USL season. Instead of allowing a Canadian sports team to play, they’ve shut the whole team down and forced a city to lose their team. More importantly, forced countless people into unemployment. Yes, by the rules, Fury is not allowed to play in USL, but are we willing to shut down a team over this rule? What comes next? The MLS teams? Is CONCACAF going to wage a legal war against MLSE?

The Fury came into existence in 2011. This was the 3rd attempt at a team in Ottawa. The most recent was Capital City FC who played in the Canadian Soccer League (yes, a failed attempt at a Canadian League). This team only lasted one season, and it took 2 years for the Fury to appear. The Fury played in the NASL where they were very successful and even won the Fall league. However, as the NASL began to collapse Fury were lucky enough to escape to the USL. Their Canadian colleague Edmonton FC was not so lucky. In 2016 Fury announced that they would be joining the USL. They have played there since. All was well until 2018 when the CPL was created. Many wondered if the Fury would switch leagues once again to join another attempt of a Canadian league. Ottawa decided against it as they were finally in a stable league that was growing in quality every season. Then CONCACAF reared their big ugly head.

By the rules, Fury is technically not allowed to play in the USL. However, the situation in Canada is very unique. Outside of the 3 MLS teams; Fury and Edmonton FC were the only other professional teams. Once NASL fell, Fury was the only other team left. Instead of backing down, Ottawa took on the challenge and helped grow the game in Canada. The Fury had and still have the most amount of Canadian players on their roster. I don’t understand why CONCACAF is so set on the Fury joining the CPL. Yes the league is Canadian, but this league had just completed its first year. Fury was supposed to enter their 7th year. Ottawa never said that they were NEVER going to join the CPL, but they did tell the CPL to prove to them why they should join. Instead of CONCACAF and CPL focusing on their league and improving it, they decided to wage war on the Fury.

I don’t understand how closing down a team is good for Canadian soccer. We are just finishing a great year in Canadian soccer. Canada was in the Women’s World Cup, the men’s national team is improving, CPL just finished their first inaugural season and Ottawa Fury had their 2nd best season in 6 years. Yet CONCACAF decided to take a step back and shut down a whole team. This is in no way a step forward for Canadian Soccer. It’s a dark day for soccer. My thought process is once CPL becomes a Division 1 league, CONCACAF will have to go after the 3 MLS Teams. Once they do this, the legal battles will become very messy and in my opinion, the downfall of soccer in Canada will begin. CONCACAF made a huge mistake today, and this is just the beginning.

As for Fury fans in Ottawa, this is a very sad day. Don’t give up though, keep asking questions. Let’s find out exactly what went wrong. At the same time, let’s not go against the CPL. As a nation, we must grow the beautiful game. We need to make sure this league does not flop.

On behalf of 613 Sports, I’d like to thank the Fury for giving us a pro soccer team to cover and support. We made it our goal to grow the game in the city and we wanted Fury to be the top team in Ottawa. We are very disappointed this opportunity is ending. As for all the fans, we thank you for reading our Fury articles and helping us improve our content. You are all greatly appreciated. As for the CPL fans who may be reading this, we wish you the best of luck in your league and we will try our best to help promote it. Last, we’d like to thank our Fury writer Mat Boutin for all the hard work he did this season, make sure you follow him on twitter @VivaGaspar.