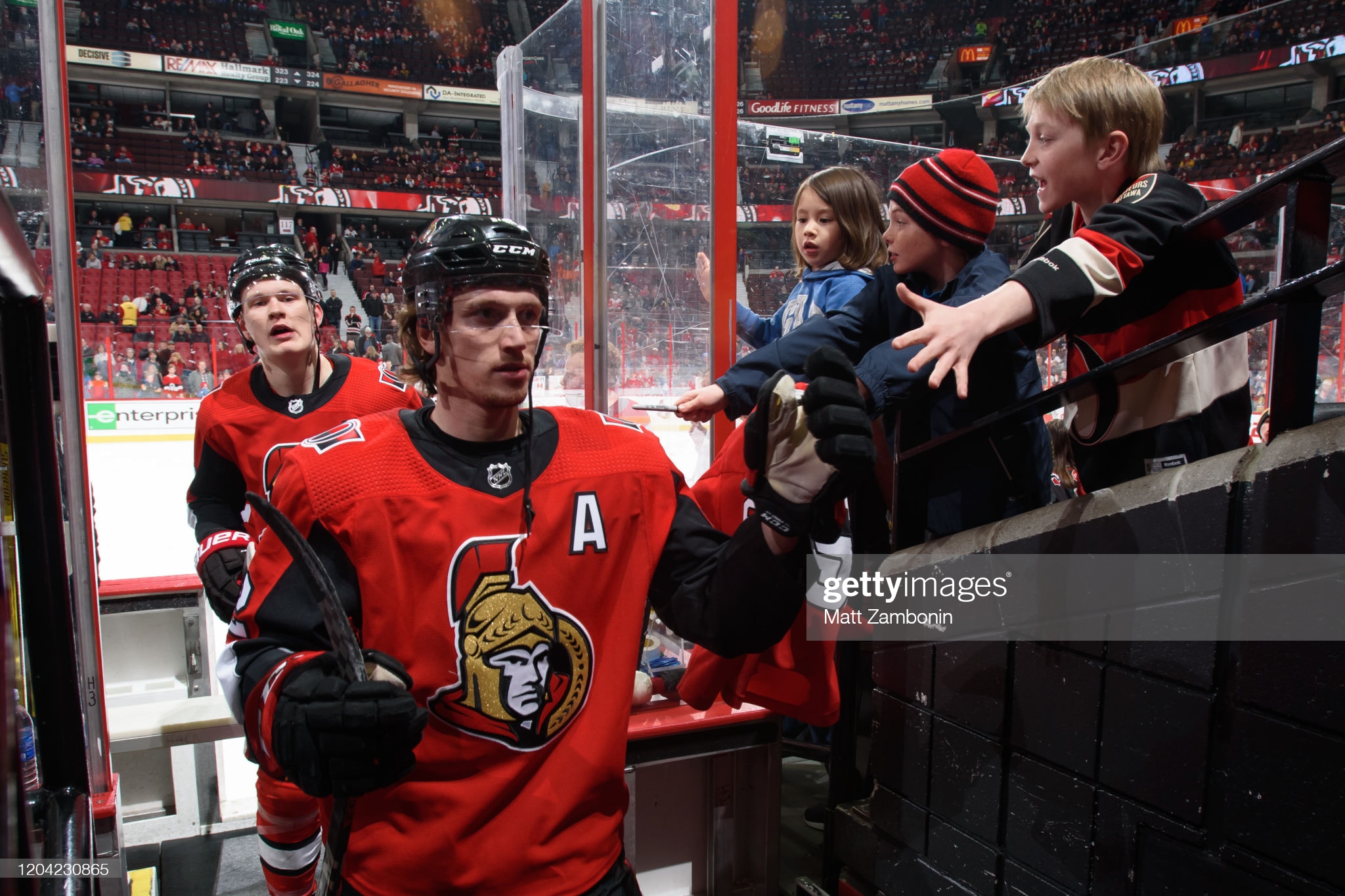 When I was asked if I wanted to write this article a few weeks ago, I was referenced a previous years’ wish list and the first few words were “Good riddance, 2018 is over.” and it pertained to the Senators season.

Well, good riddance 2020 is OVER for more than just hockey reasons. Let’s leave it at that, shall we?

Sens fans have been beating this drum for a long time now, even before the NHL halted play back in March due to safety concerns around COVID-19.

Similar to last season, the Senators will once again sit in the bottom of the standings. Even with a shortened season that will see only 56-games be played, this team just doesn’t have near the personnel they’d need to if they wanted to make noise in their respective division.

It’s crystal clear the Sens still have ways to go before they’re in the ‘contender’ mix, let alone clinching a spot in the post-season. With the start of a new season, comes the start of new opportunities for young guys in the organization to prove they can stick around for the long haul once rosters out of training camp are finalized. This year will be more critical than ever for management and staff to play the rookies and see what they’ve got.

If you’re management, you know you have nothing to lose once again this season. Worse case scenario? You let your players battle it out in the AHL all year, and the next season you’re still left with unanswered questions on what you’ve got for your rebuild. Best case scenario? Play your youngsters and trade veterans on expiring deals at the deadline for more assets to push the rebuild forward. Judging by Dorion’s recent moves, it seems like he’s boarded the train for the worse case scenario.

Remember when Thomas Chabot first came into the league? Those were the good days. Now, Chabot will turn 24-years-old just 15 days after the Senators open their regular season. If you look at his defensive partner track record, it’s not necessarily pretty.

2018-19: 55.7 per cent line combination frequency with Dylan DeMelo at ES play. That’s the best guy he’s had ever since Erik Karlsson

You cannot be putting your best defender in a position where the guy next to him is a liability and the workload is going to cause him to sink.

Brent Wallace of TSN1200 came out with this tweet just several days ago.

Again, you cannot do this with Chabot. It’s probably best for him to not start with someone who has trouble in his own end. Gudbranson has concerning defensive numbers, which means the workload (and eventual blame) is going to eventually all fall on Chabot’s lap.

I understand that it’s also just a start, but something deep down tells me this pairing isn’t going to change too often and is going to be a real liability to the team. While this year shouldn’t be about gunning for the number one spot in the division, you have to also consider the growth of Chabot and the type of player you want him to be for you when you’re contending in a few years.

All I’m saying is, find the guy a consistent partner that he can jive with. Chabot is no question the best defender this organization has, and it’s time they start looking at how they can help him grow to even more so with a consistent and reliable partner at his side.

If there’s one thing all fans should look forward to, it’s the simple fact that hockey is finally back. We don’t know how long it’ll stick around for, but let’s all try and just be happy that our favourite sport is back on and we get to scream at our TV’s once again.

As for the Senators, this season will be critical for their growth in this rebuild. Only time will tell if this organization will be ready to face the music when the season begins.