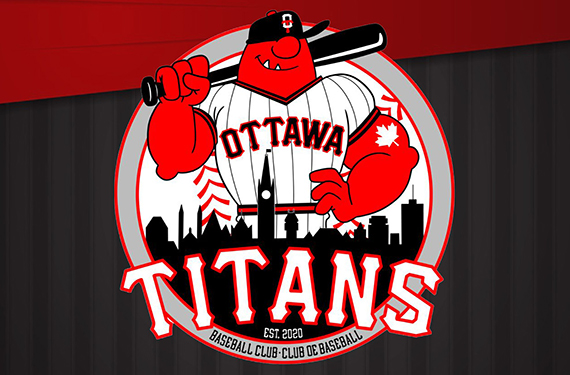 The 2021 Frontier League baseball season will mark the debut of the Ottawa Titans, successors to the recently departed Ottawa Champions and will mark the first professional baseball in Ottawa since 2019. The Champions by no means filled the stadium on a nightly basis, but have a legion of fiercely loyal fans that will be chomping at the bit to see baseball back in the nation’s capital after a one-year absence. In a situation like this, especially given all the COVID concerns, the expectations for the Ottawa Titans aren’t exactly high. I think I speak on behalf of all sports fans when I say we aren’t asking for much from 2021, just a little bit more than 2020. Heading into a year that will mark the first in Titans franchise history, here’s a list of goals and ways for this team to have a successful year number one.

1. An actual season.
As any of you who follow local sports know, this season, unlike more major sports leagues, is not a given. With the spread of COVID-19 still a major issue and with smaller leagues such as the CFL and the Frontier League not having the budget to handle rigorous testing protocols, the 2021 season is in jeopardy and likely will be until the first pitch is thrown. That said, it appears with the new COVID vaccine being rolled out and with still a few months before the season is set to begin, we will have a fighting chance to get the virus under control in time to start the 2021 season. It’s definitely something that baseball fans are pining for to fill the void of the Ottawa Champions

2. Fans in the stands
This one might be wishful thinking. It’s been a long year for baseball fans, but we’ve been given new hope. Against all odds, Sam Katz and OSEG have brought back baseball to the stadium on Coventry Road. Now, the icing on the cake would be to see a stadium full of fans on opening day. At this point, that’s incredibly unlikely, but I think I speak for all Ottawa baseball fans when I say, this new era won’t quite feel real until we can see it live. Once we can hear the crack of the bat and the calls of food vendors walking up and down the aisles. When we can enjoy a hot dog on a beautiful summer evening. Only once we can feel all the action on the field from our reserved seats along the first or third base lines, will it truly feel like Ottawa baseball is back.

3. Consistent play
Expectations for this team aren’t exactly high. Brand new franchises aren’t typically expected to perform all that well. This fact noted, Ottawa will need to perform at least somewhat consistently. One of the leading factors that plagued the last couple of years of the Ottawa Champions tenure, as well as Canadian independent league teams in general, was the poor level of play. Obviously bad seasons happen but if you want to get a fan base to buy-in to your brand new, local, unaffiliated baseball team, especially in such a hockey-first area, you will need to at least be consistent and competitive. We aren’t asking for much, just a team that can make it interesting and stay in the hunt for a playoff spot. To be honest this might be the most important thing on this list in regards to the team’s long-term success. It is imperative that they get off on the right foot with the local fan base. It looks like they’ll have the right man in charge as longtime River City Rascals skipper and two-time Frontier League champion Steve Brook has been announced as the Titan’s first-ever manager. The team is definitely in good hands and as more players are signed we will be able to put together a better picture of what the roster will look like and how they will perform come opening day.

4. The growth of an Ottawa baseball brand
One of the big things that the Ottawa Champions struggled with was marketing. If I had a nickel for every time I was in an Uber to the stadium and the driver said “I didn’t even know we had a baseball team in Ottawa” well I probably would have had enough money to buy the team myself. The point is, Ottawa sports fans, at least most of them, don’t care about baseball all that much. That said, I’d love to see more of an actual baseball brand start to form. This is the only high-level baseball team in the area and I think the new ownership group needs to capitalize on that. It will never be as popular a team as the Redblacks or Senators, but it would certainly be nice to see this team excel where the Champions failed and effectively create and market a brand that people across the city will buy into, baseball fan or not.

5. Local talent
Most of this list is speaking about how this team can hit the ground running when opening day rolls around and immediately capture the attention of local baseball fans. One of the key ways that they can do that is by acquiring some local talent. They have already hired former Ottawa Champions fan favourite and Gatineau native Sebastian Boucher as assistant general manager. They have also brought in a pair of Canadian players in infielder Elliott Curtis and pitcher Mateo Kekatos. It’s nice to see the team focusing on bringing in recognizable faces to Ottawa and Canadian fans and we can hopefully look forward to more local names being brought in.