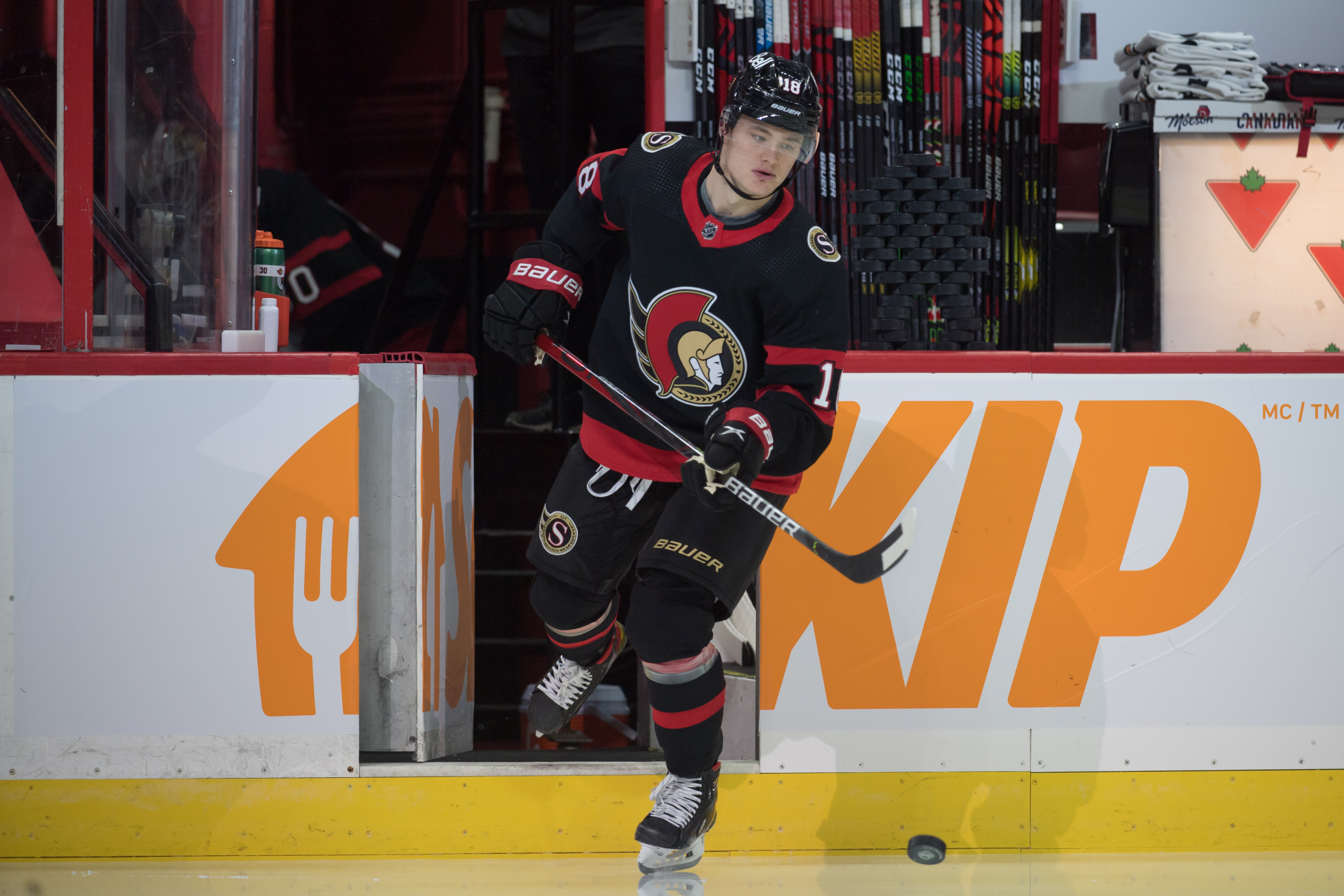 It’s that time of the year again! Time to delve into that half-read, self improvement book that you loaned out to your friend during their struggles and jump into the whole new you.

For the Ottawa Senators a New Years resolution shouldn’t be too difficult to find as we approach the new year. The Sens have been riding the same struggle bus for the better part of 4 years now. 613 Sports has made it an annual agenda item to rhyme off a Sens, New Years Wishlist. Last years list can be found here.

For starters how about just playing a game? I’m not even going to be greedy with my first item, the last time the Sens were in session was December 18th vs the Philadelphia Flyers resulting in a 4-3 OTL. Thanks to the pandemic (which I’m tired of stating by name) and provincial attendance restrictions, the Sessions have been postponed but don’t let that distract you from this cool, new sign!

We’re all tired of talking about practice and we still don’t have an official word on when the next Sens game will take place, it genuinely feels like we’ve entered a new offseason. The positive news is that in lieu of the pandema-break, the Sens were able to get healthier.

Oh thanks Claire Hanna, Erik Brannstrom‘s recovery is the perfect transition to my next Wishlist item, “defense… like actual defense though”. Who’s done with the Sens stubborn reluctance to address their greatest area of concern? Yeah, I don’t know if I’m still bitter that the IIHF cancelled the WJC tournament due to a complete blunder of a setup or if the patient side of me has dissipated over the course of the aforementioned, Sens 4 year trip on the struggle bus but “something’s gotta give”. I’m tired of the ineptitude on the back end much like Thomas Chabot‘s tired of playing 30 mins/night because there’s no one around him. I’m not suggesting the Sens make a costly trade to improve the position for the remainder of a meaningless season but at least optimize the current lineup. Brannstrom needs reps at the NHL level, whether he’s in your long term picture or not. He’s still better than what you thought you had in Josh Brown or what you (for some reason) think you have in Nikita Zaitsev.

Remember when (by Alan Jackson) the Sens traded a second round pick for Derek Stepan to be the ideal complementary player for Tim Stützle? Well the next item on my list is exactly that, except finding someone who doesn’t suck! Stützle needs a competent, play driving centre or ideally winger to propel him into his next phase of development (domination phase and not that kind, this is a family site). Speaking of Tim Stützle , who cares about Tim Stützle, look at his dog, Mochi!

Okay, back to Timmy. If the Sens can trade for a competent top 6 player, capable of playing with the skilled, 19-year-old centre in Tim Stützle, they’ll finally have a balanced attack offensively. As of now, they have the best, young line in hockey with Brady Tkachuk, Josh Norris and Drake Batherson. Adding a strong secondary unit of attack makes them dynamic and much harder to game plan against. Complement said second line with a 3rd line of Nick Paul, Shane Pinto and Connor Brown and we’re looking at a different team altogether.

That pretty much concludes my Wishlist. I think the Sens have a foundation of youth (when they’re allowed to play) who will soon be capable of taking the next step forward but sprinkling in a much improved D-core (by way of patience within) and adding to the offense (via trade/draft) and we might be looking at a much different Wishlist come next year. Here’s to the remaining 4 years of unparalleled success (disaster).