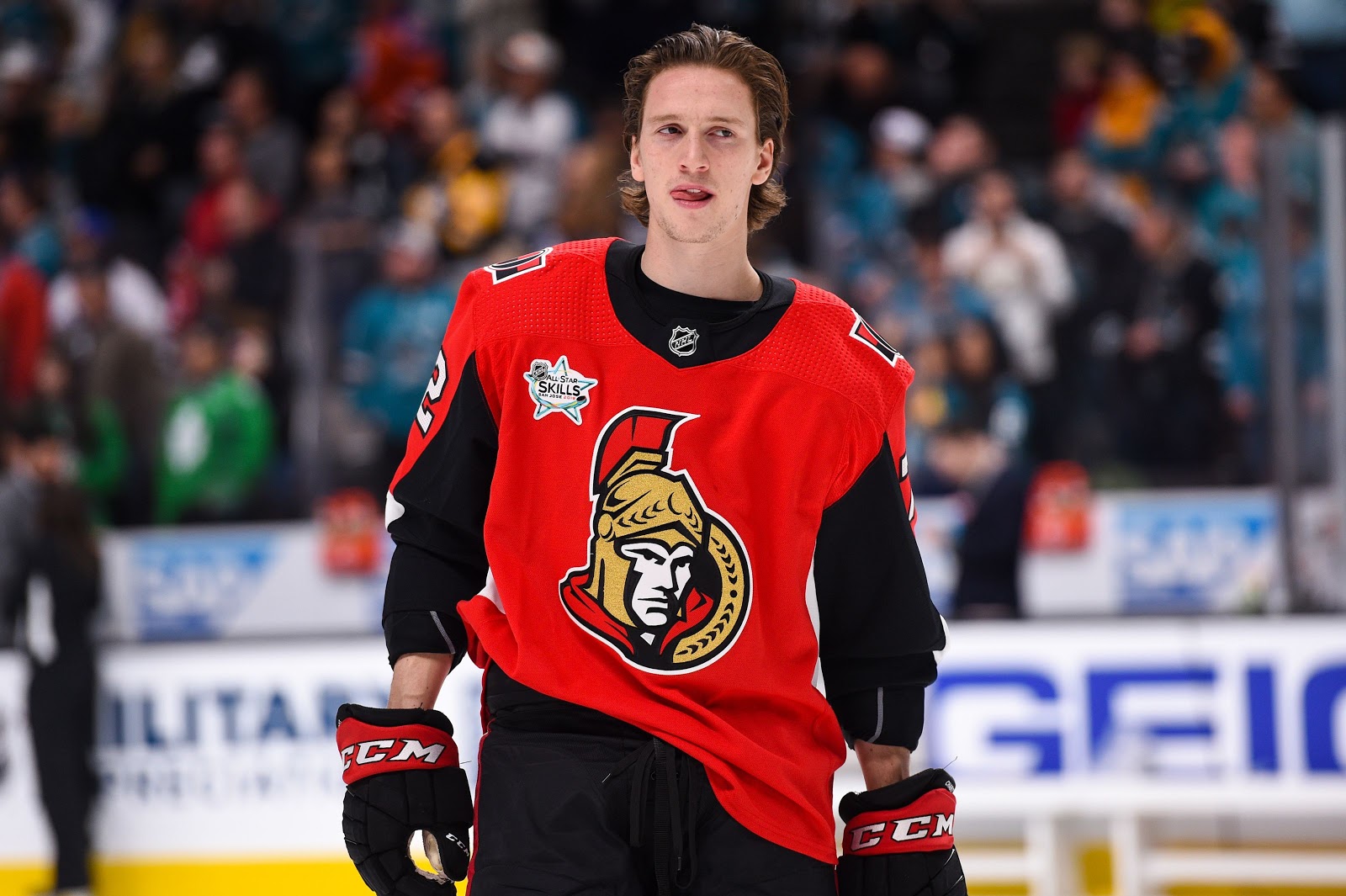 After one of the worst seasons in Franchise history, the offseason of 2019 would be a pivotal one for the Ottawa Senators to start the rebuild on the right foot. Key young players had to be signed and some older players had to be moved along for sure. The question everyone had heading into the offseason was “Is Dorion capable of leading this rebuild?”. Now with the offseason officially over, it is a perfect opportunity to grade the moves made this offseason (Not including the draft)

Signing Colin White: 6-year extension $28.5 M: White is one of the two names that will appear on this Grade A. It was pivotal for Dorion to lock up White this offseason.  Since 2016/17, Colin White has been a prospect on every Sens’ fan watchlist. One can remember the huge debate Sens fans had of whether Ottawa should burn one year off the ELC by calling up White for the 2017 playoff run. White played 71 games last season finishing with 14 goals and 41 assists. He’s a solid 2nd line centerman and will be a key part to this rebuild. Not only that, but it was a very important PR move to give White this extension, ESPECIALLY after losing Stone just a couple of months earlier. It gives a small hope to Sens fans that maybe, just maybe we will be able to keep our young stars for years to come.

Cody Ceci Trade: After years of complaining about this man, it is impossible to put this transaction any lower than an A. Some may say that the Trade wasn’t that good, that Zaistev’s contract is basically the same and the Sens didn’t gain much from Brown. However, at this point, getting rid of Ceci is a huge deal. It shows the Sens are entering a new phase and getting rid of older, weaker players and at the same time shows that Dorion may be listening to the fans once and for all. Sens fans have been calling for Ceci’s head for a long time and the fact we were able to trade him to the Leafs and hopefully witness a disaster there, is good enough for an A to me.

Right before Anthony Duclair got traded to the Ottawa Senators, it appeared that his time in the NHL was coming to an end as he had been on 4 teams in 5 years and it was about to be 5 teams when he arrived in Ottawa. People were saying his work effort was low and he did not seem interested in the NHL. Many people were wary when he arrived in Ottawa and did not expect him to be back next season. However, Duclair proved everyone wrong and in just 21 games played he tallied 8 goals and 6 assists which was good for 14 points. This was good enough to catch everyone’s eye and it earned him a one-year extension. I am very glad the Sens did this and am very excited to see how he performs in a full season.

The Zach Smith trade came to many as a surprise. Even though he did get put on waivers last season, he was still the longest-serving Ottawa Senator on the team. Still, Dorion continued to back his word about a rebuild by trading Smith to the Blackhawks and gaining Anisimov in return. This is a very interesting trade as everyone knows the history of the Ottawa Senators and Russian players. Anisimov not only had better numbers than Smith did but the Sens also saved around $1.5M. Anisimov should be a good fit for the third line and brings experience to a younger Sens team.

The Senators gave Christian Wolanin a 2-year extension this summer. He was solid on the D last year, playing 30 games and racking up 12 points and surprisingly finished as a + 3. He will most likely start the season in Belleville but hopefully will be called up a lot so he can improve on his game.

Nick Paul has been with the Senators since 2015. Since then he has played 56 games for the Sens and only tallied 8 points. Last season he played 20 games and only had 2 points. For a player drafted back in 2013, he is well past the time to start delivering. This one-year extension is for sure the last chance extension for Paul. If he doesn’t deliver this season he will not be with the Sens next season.

Ron Hainsey was offered a one-year extension this past summer. DJ Smith was the leafs former Defensive Coach so bringing on Ron Hainsey for sure was his idea. Hainsey was brought in as experience for a very young D Core and is a well known Seasoned Vet around the league. The only issue I can find with this is if he will be able to keep up with the faster pace the Sens will be playing this season. Overall it is a decent signing.

Goalies. Sens have so many and I have no idea what we are doing with them. The Sens traded Mike Condon to the Lightning for an injured Ryan Callahan. This means that Anderson and Nilsson will be our two goalies on the main roster as we gave Nilsson a 2-year extension. We also gave Joey Daccord a 2-year ELC on April first and he already burned a year by playing one game last year. We gave Hogberg a 2-year extension as well this past summer. Hogberg has been with the team since 2016. The 2013 3rd round draft pick has spent the past 3 years switching between the Belleville Senators and the Brampton Beast of the ECHL. He did play 4 games in the NHL last season, allowing 14 goals. Not that long ago it seemed that Hogberg would be the future goalie for the Sens, but it appears not. The 2-year extension will most likely mean he will be sharing time with Gustavsson in Belleville. However, this is where it’s confusing. Joey Daccord is out of College now as a 23-year-old, and he is looking for a place to play. So will he bump down Hogberg back to the ECHL or will it be Daccord going to the ECHL?. And if it is Daccord going down, what was the point of burning that one year of his ELC. In addition, the Senators have two other goalies in Mandolese and Sogaard who are 19 and 18 years old. They will be looking to crack into the system very soon so this whole goalie situation is very complicated and no one knows what to take from it. That is why it is at a D.

Thomas Chabot has one year remaining on his entry-level contract, but remains hopeful that talks with #sens will produce an extension: "I love being in Ottawa."

Normally “I like it here in Ottawa” is a good quote for fans to hear. However, it’s becoming a trend that every player who says that ends up leaving the team. Erik Karlsson and Mark Stone are recent examples. Chabot has one year left on his contract so some people are saying not to worry. Remember when Stone had one year left? This isn’t a good trend. Chabot needs to be signed ASAP. Collin White got an extension but not Chabot? If this is a rebuild as Dorion says, then Chabot needs to be one of the Centerpieces. Since they didn’t give an extension this summer, I believe it is an F grade.

This wraps up my report card for the Ottawa Senators 2019 Offseason. How do you guys think the Sens did? Let us know down below in the comments or on our Twitter or Facebook.

Check out our Merch Page to rep our Ottawa Sports!