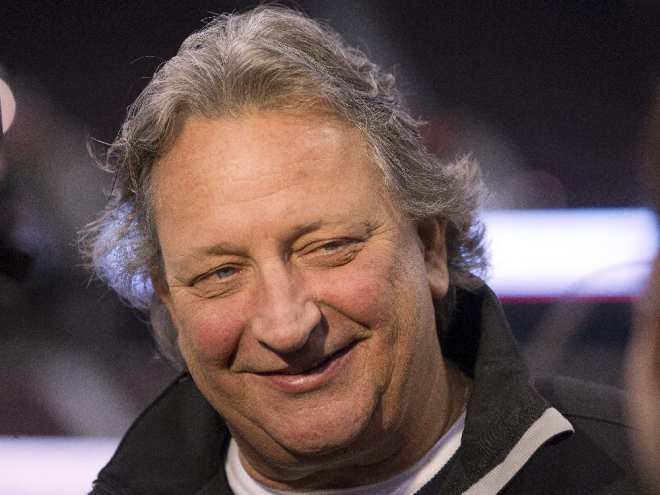 Yesterday during the second intermission of the Maple leafs game, the club released a statement that Eugene Melnyk made a couple days earlier:

Now this is a very interesting statement made by our great owner. I find it really ironic how he basically states that when Dorion said the rebuild is done he will start investing in the team. He doesn’t seem to realize that to start, yet alone finish a rebuild you need an owner who is willing to spend money on key players. This probably means that talks with Duchene and Stone are not going well and that most likely one of them is leaving for sure.

Another interesting aspect about this statement is the part where “The team will plan to spend close to the NHL’s salary cap every year from 2021 to 2025. Many will be wondering why at that specific time but funny enough, that’s the year Seattle is expected to start their inaugural season in the NHL and they will be paying a $650 Million expansion fee which will be split among the teams meaning that EUGENE MELNYK GETS MONEY. Yep, he’s not even trying to hide the fact he is broke now… He has turned a hockey team into an asset which is not what to do as an owner, and now that he is running out of money he is trying to liquidate the team. This isn’t a rebuild, we never needed a rebuild. Two years ago we were one shot away from the Stanley Cup Finals, but since Melnyk wasn’t earning enough money from his other businesses he decided to turn to the Sens and liquidate the team for that cool hard cash, and guess what? He isn’t done yet. That’s why we must get rid of him ASAP #MelnykOut

My last point is about the quote “The Senators will be all-in- again for a five-year run of unparalleled success”. I don’t like how he is so focused on 5 years. Why do we only have to be good for 5 years? The Senators have a bad history of not being good consistently enough. It took us 10 years to reach the ECF after 2007. Why can’t we be good or have good runs every year?  Look at other teams even in our own division. Look at the Bruins, they are usually always in the playoffs and when they don’t make it, they have a bounce back year. Look at the Capitals! I’m sick and tired of Sens looking at everything short term. It shows in our trades and our signings that nothing is about long term. Once this rebuild is finished I am expecting more than 5 years of success. After all we have been through, all this hell of losing players I will be expecting the Sens to make the playoffs at least 5 times in 10 years and have another ECF placement in there. I am sick of being mediocre and only being good in short spurts.

So basically to sum Melnyk’s statement: He is broke and waiting for 2021’s expansion money to start investing in the team. He is currently liquidating the team and forcing them into a rebuild and this explains the Karlsson situation and what is happening with Duchene and Stone. Speaking about them, this statement shows that he probably won’t sign them, and yes this is a reach but I fully believe that the Sens will build a team around Cody Ceci. Melnyk tried to pull a fast one with this statement but just ended up telling us more about his stupid plans. Get this man out before we all die Stanley Cup Virgins! #MelnykOut.

2 thoughts on “Addressing the Melnyk Statement”