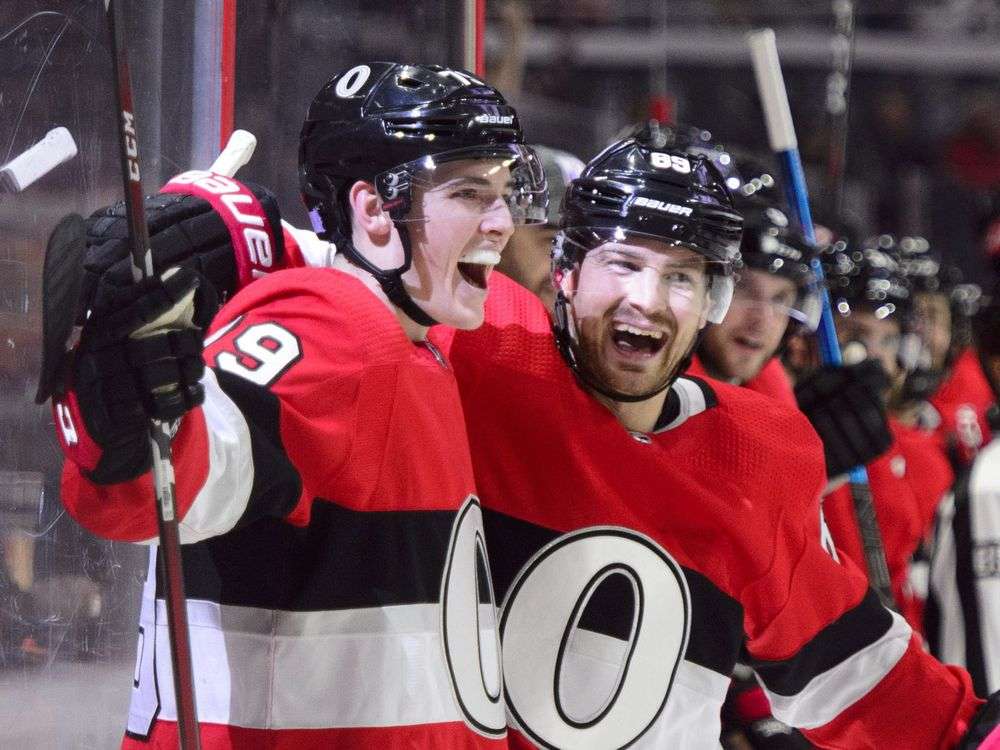 For those who don’t know already, Drake Batherson was sent back down to the Belleville Senators this morning.

Drake Batherson was called up November 13th to help aid the Senators on the offensive side due to injuries. Up to the point of his call up, Batherson had 7 goals and 20 points in 14 games in Belleville. Fun fact, even after 17 games here in Ottawa, he is still tied for first in points on Belleville. Drake must have taken inspiration from Maxime Lajoie because in his debut he ended up scoring the game winner against the Detroit Redwings.

Right away Drake had instant chemistry with Matt Duchene tallying 3 goals and 4 assists good for 7 points and looked like his World Junior self. However, as of late he had no points in 6 games and really struggled on the road. Why? Well Matt Duchene is the answer. Batherson was really thriving on the top line with Duchene by his side, as Duchene created the time and space on the ice for Drake to do his business. It was an extremely fast line and opponents had trouble keeping that line shut down. The line looked very similar to the World Junior Line where Drake was everywhere on the ice. However, when Duchene got injured, Batherson was sent down from the top line to the 4th line. He went from playing with Duchene to playing with Tommy Pyatt. Now don’t get me wrong, Tom Pyatt is not a bad player, but he’s a 4th line player and Batherson at no point in his career should be a 4th line player. Now this brings questions to the Sens management about handling young players.

The Sens are in a rebuild. Everyone knows this. So I have no idea why you wouldn’t leave Batherson on the top line and try to see what he could create without Duchene. Sending him down to the 4th line and being surprised that he isn’t getting points is like shaking a coconut tree and being surprised when one falls down.

It’s poor player management and not helpful to his development. Boucher has a history of doing this, especially with Logan Brown. After the whole Lazar fiasco the Sens need to be careful with how they handle the prospects and since Boucher really can’t handle them in the lineups, I believe the best decision is for Batherson to go down and continue dominating in the AHL. Maybe once Duchene comes back, the Sens can try calling him up again, but as of now, he was just wasting his time on the fourth line. Therefore I agree with this decision to send Batherson down. Good job Dorion.

Thank you for reading this! What do you guys think? Was this the right desicion? Let us know down below on the comments or on our Twitter or Facebook. Happy Holidays everyone! And thank you for the support this year!

One thought on “Just Hold On, We’re Going Home”