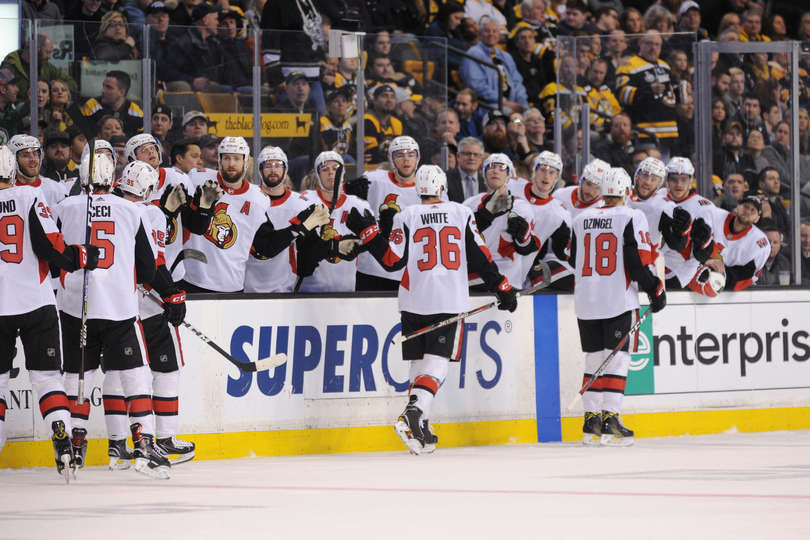 Well October is finally over and that means the first month of the 2018/19 season has come to a close. The good news is that the Sens aren’t last place. They are in fact 25th in the league with a record of 4-5-2. Here is a quick summary of this first month.

The Sens season started off exactly how everyone thought it would: With an Overtime loss against a poor Blackhawks team where the Sens should have killed the game in the second period. The next game was against the Leafs where the Sens surprisingly pulled off a 5-3 victory in Scotiabank Arena. The Sens proceeded to lose the next 2 games and got outscored 13-7. However, Ottawa then went on a 3 game winning streak, however, that ended with the Sens closing off October on a 4 game losing streak.

Let’s start with the goalies. As I predicted in my Season Predictor Article. Anderson has been as lights out as he could be on this weak Sens team. Out of his 10 games played, Anderson has faced 372 Shots and even though he has a GAA of 3.48 he is still boasting a Save Percentage of 0.909 which is absolute stellar, considering who is playing in front of him. On the other hand, Mike Condon has struggled greatly with this team. He has only played 2 games and only faced 40 shots, yet he has a GAA of 6.40 and has a Save Percentage of 0.800. It was probably the right decision for the Sens to place him on waivers, and since no one picked him up, we are hoping he can find his game down in Belleville.

The Sens defence has been god awful so far this season. The Sens are second last in the league for Average shots against per game with 37.6. As well they are third last on the PK with 68.4%. As well the Sens have had trouble shutting down opposing team’s top lines as The Bruins top line and the Avalanche top line just abused Ottawa’s defence. You can’t win games with a defence like this and something needs to change.

Another story line that goes with this is the interesting Ceci Stat Line. Ottawa without Ceci in the lineup went 3-1, averaged 2.25 GAA and 33.5 SAA. Ceci in the lineup: 1-3-1, 5.60 GAA and 38 SAA. Now we can’t just blame this on Ceci as I just showed how bad the Sens defence is, however, this is a pretty interesting stat line that the management should continue to track and keep an eye on.

Did you count our shots on goal tonight? Because we did.

The Sens offence has been surprisingly the bright spot so far of this young season. They have scored 36 goals and are averaging 3.27 goals per game which is good for 12th in the entire league. Even better, the Sens powerplay is ranked 13th with 22.9 percent. Thomas Chabot leads the team in points with 13 and Duchene is closely behind with 11. Speaking about Duchene, he, Stone, Lajoie and Dzingel are all tied for first with 4 goals each.

This Sens season so far has been wacky and I’m blaming it on the first month rust. They seem to be adapting well on the offence without Karlsson, however, on Defence they look lost as ever. If the Sens want any chance of making the playoffs, they will need Craig Anderson to keep playing the way he is and they will also need a backup goalie to help him out. Hopefully Mckenna can be the guy. Anyways, this season is going to be an interesting one and I’m looking forward to it.

So the first month is over. How do you think the Sens have played? Are you surprised about where they are in the standings? Let us know down below in the comments, or on our Twitter, Facebook or Reddit!

One thought on “A Karlsson-less October”