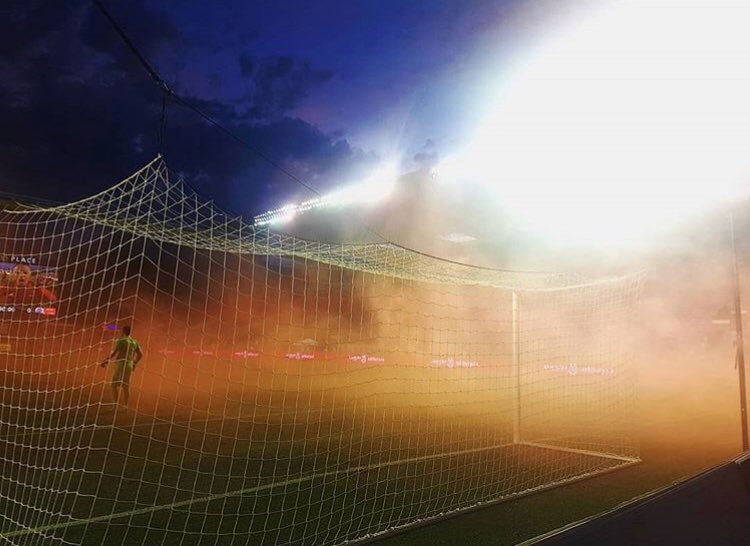 Last night at TD place, not only did the Fury play a fantastic game, but the atmosphere was one of the best in a very long time. Maybe it was because it was a Saturday night or because there were many local soccer teams there, but the crowd was electric all game long. I was at the game last night and I was pleasantly surprised on how great the soccer atmosphere was. However, I noticed a couple of things that can be changed to make the atmosphere even better.

My first point is that the Fury need to get rid of the North Side. The fans who sit over there are completely isolated from everyone else. When I sat there for a bit last night, it was awkward. No one was talking or cheering, and we seemed really separated from the rest of the attendance. There are enough empty seats on the South Side to move all the fans on the North Side over. If the Fury get rid of the North Side, not only will it be more visually appealing, but it will give a better experience for those fans.

My other point is about the supporters’ section. Last night I spent the whole first half there and a bit of the second half. What I took from it was that these were the hardcore Fury Fans who deeply cared about their team. All the fans here knew each other and were very friendly. The chants were great and the whole vibe here was like any European soccer game. However, I noticed that since the supporters section is separated from the rest of the crowd, it got a little awkward at times when the South Side were chanting different things than us since they couldn’t hear us. Even though the supporters’ section had the drums, smoke and flags, the South Side at times looked like a more fun place to be due to the bigger population there. This is not a good thing at all as the Supporters’ section is supposed to be the centralized cheering spot where all the chants come from and where all the crowd could follow a long. However, since the section is pushed all the way behind the net, more than half of the crowd cannot follow along and resort in doing their own things.

To fix this, the Ottawa Fury should move the Supporters’ section back to the middle of the South Side. This will make it the most centralized section and the loudest one. All the South Side will be able to hear the chants and drums and will be able to sing a long. This will make the crowd louder and more intimidating to the opposition and will bring energy to the Fury players. In terms of visuals, this will look great as all the flags, red smoke and die-hard fans will be put right in the middle, so everyone will be able to see them on the broadcasts and at the games. As well it will get rid of even more empty seats as since that whole section would be reserved for the supporters, it would mean that more seats will be sold around the south side making it more visually appealing. This will bring more fans to come watch the games as they will want to be part of that atmosphere.

Just think about it, imagine a Fury game where the whole South Side is chanting in unison and flags are waving and drums are beating, and red smoke is going off. Tell me that isn’t something you would want to go experience. Everyone would want to go try that out and because of that attendance would rise and more and more people would want to go watch Fury games. If the Fury want to draw more people in, they need to start with moving the Supporters’ section back to the middle, and then they will see how fast the attendance rises once again.