Time To Build a Fortress 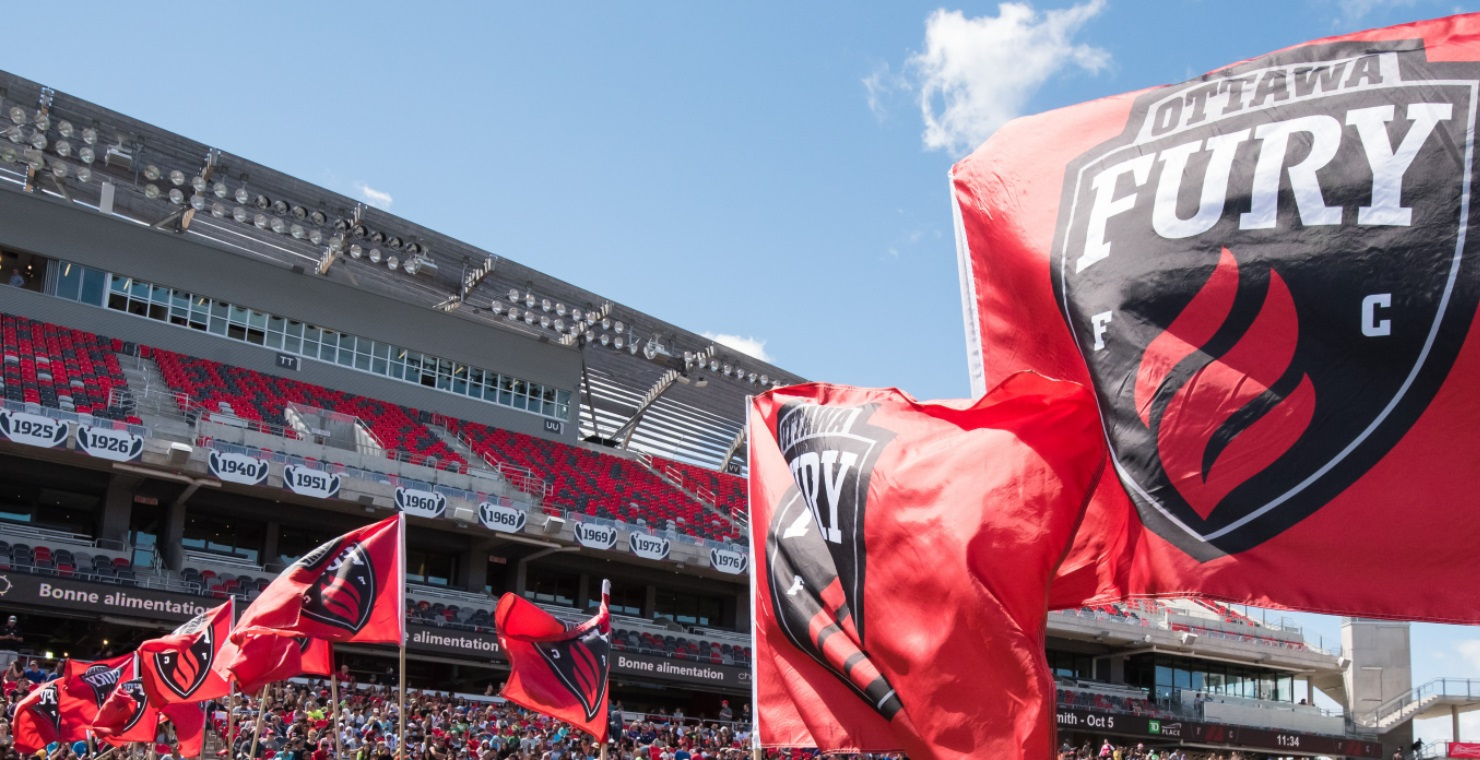 HFX Wanderers have the best atmosphere in Canada. However, that’s partly due to the fact their stadium has a capacity of 6200 and that the Wanderers are Halifax’s only professional team. Still, they packed the stadium for a midweek clash against the Fury. Here are a couple videos from my friend who was at the game @abdouhaddad14 on Instagram

Halifax will visit Ottawa in 2 weeks for the second leg of the Canadian Championship which Ottawa leads (3-2). I fear that when they do come and the eyes of the CPL watch this game everyone will see how bad the atmosphere appears at TD place from a TV perspective. The thing is, the atmosphere is pretty good at games but visually it wouldn’t appear as such.

TD Place has a capacity of around 24000, however, for Fury games most of the fans sit between Section Z to Section K. From Section Z to K the capacity is around 6000 which is perfect for Fury games where the average attendance is 4300. Logically speaking, if you place all the fans there alongside the Supporters Section, it will look packed on TV. However, for some reason OSEG decided that fans will be sitting at different places. Every game you have a big chunk of fans sitting in the Northside at Field 1,2 and 3 and as well they put the Supporters Section at Field 4. So now with the cameras filming from the North Stand, there are a bunch of empty seats in the South Side lower bowl. Also, the supporters section doesn’t get hit by the camera and is left out of broadcasts.

The Supporters section is a very important part to a soccer match. Not only do they lead the chants for the rest of the crowd but they give a visual aspect to the crowd with their flags drums and flares. By putting the supporters section in the North Side you are taking away that engagement with the crowd and taking away that visual aspect of a unified crowd. It sounds ridiculous when the supporters section is chanting one thing and the south side is chanting something else. The Supporters section MUST be in the South Side as that will increase unison. Many will remember that the Supporters section used to be on the South Side but after many fans were complaining they moved them away. Fans were complaining that there were too many cuss words and too noisy…. This is professional soccer, not the Family Channel. Professional soccer is supposed to be rowdy and obnoxious, its what creates that ‘Fortress’ Feeling. By having the Supporters section in the middle of the stands it creates that unified look and helps engage the fans. I talked about this before in my other article about this here and if you haven’t read it, you should check it out!

How the Supporters section looks from the North Side

OSEG also must stop allowing fans to sit on the North Side. As explained above, the South Side lower bowl has enough seats to fit everyone, so no one should be sitting on the North Side as it just creates empty seats which doesn’t look good. This is why everyone always thinks OSEG is over exaggerating attendance at games because they do not realize there are a lot of fans sitting on the same side as the cameras. These fans should be sitting in the South Side along side the other fans and NO one should be sitting in the North. The South Side bowl is perfect for Soccer and with everyone sitting there including the supporters section we can create that ‘Fortress’ look once again.