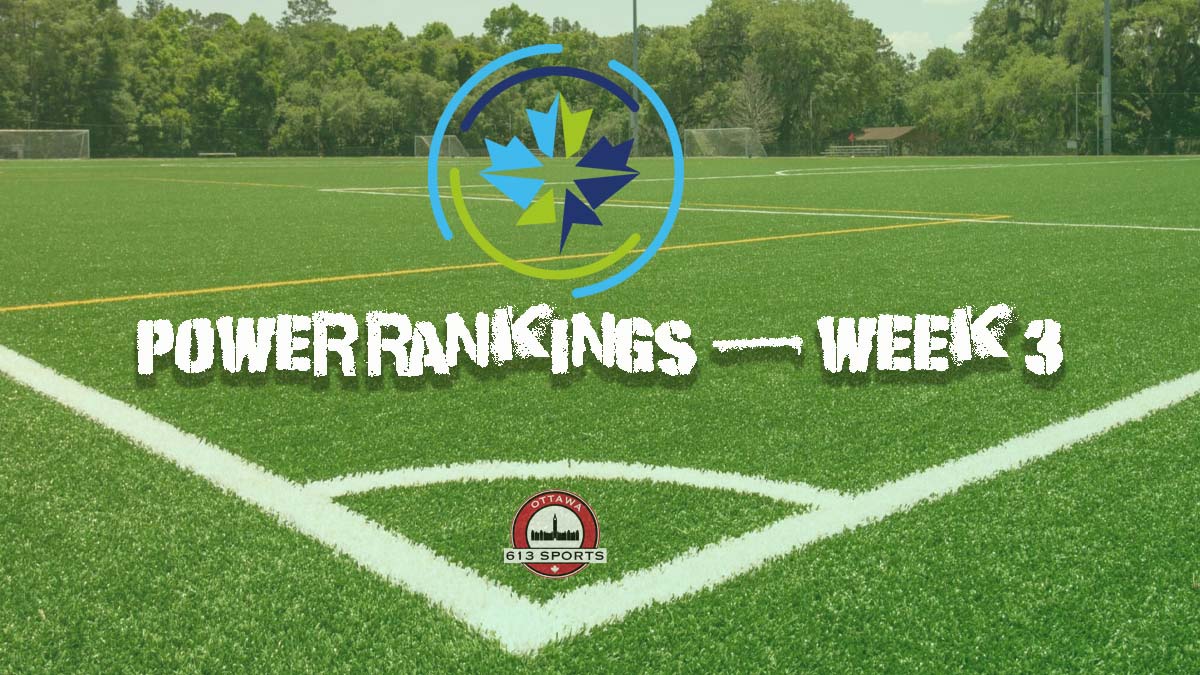 The CPL just dropped their Power Rankings after week 3, leaving many scratching their heads.

Now, many people don’t understand the concept of Power Rankings or why there are helpful, so let me explain. While regular league standings obviously dictate who will win the league, they don’t tell the story of which teams are in form and which teams are not. Power rankings allow us to see which teams are performing well despite their standings.

Now that is out of the way, let’s look at this week’s Power Rankings… Really? York the third-best team after losing to HFX, Drawing with EDM and beating lowly Cavalry? Halifax below Cavalry after this week’s stinker by the Cavs? Clearly, the league is using the Power Rankings as a way to get clicks and engagements, so here is what I would call the “Proper Power Rankings.

3 wins from 3 games to start the season with 7 goals for and 4 goals against is good enough for first place in the standings and the Power Rankings. Although way too early in the season, Pacific is proving offseason doubters wrong by starting off the season with a blast. They are the only team in the league that look like clear title contenders. Yes, I know its only week 3

Although sitting at 4th in the standings, Forge is 2nd on the Power Rankings list. After battling hard with Pacific despite all the injuries and salvaging a point against a strong Week 2 Cavalry side, Forge ran Edmonton off the pitch this week with a 3-0 win. The scoreline doesn’t do the game justice, as Forge outclassed Edmonton in every category. 10 shots to 0, 69% possession, 657 passes to 297. If the bounces went differently for Forge, this game could have easily been 6-0. Forge, despite the 1-1-1 start, Forge look strong once again this season.

Valour walked into Ottawa and slapped them 6-1. Valour was last place coming into this game, and many people were expecting an Ottawa team who were coming off 2 clean-sheet victories in a row to deal with Valour. However, that didn’t happen. Despite a close game on possession, Valour walked into Ottawa, took advantage of every chance they had, and bagged 6 goals, leapfrogging themselves into third place in the standings. In terms of Power Rankings, Valour has had a tricky start to the season by having to play 3 games on the road. Drawing to Edmonton because of a 94′ bicycle kick left Valour feeling robbed, and then having to play Pacific a man down for 64 minutes and only losing 3-2 showed that Valour shouldn’t be taken lightly. Of course, the 6-1 thrashing is the icing on the cake of why Valour is third on Power Rankings.

After losing 6-1 at home, one would expect Ottawa to drop significantly in the Power Rankings. However, one needs to look at the big picture of the season so far, but first about the Valour game. There is no doubt Ottawa got smoked. Losing 6-1 at home, Valour took advantage of every chance. However, interestingly enough, Ottawa wasn’t getting dominated in every aspect of the game. Possession was pretty tight with a 52% to 48% win for Valour, and a 430 to 398 passes win for Valour as well. Valour capitalized on every chance they could, and they deserved that. However, Ottawa wasn’t run off the pitch like Edmonton was this week.

In terms of the big picture, Ottawa was coming off two clean-sheet victories over Cavalry and HFX. While one may argue that both victories were tight 1-0 wins, at the end of the day, top calibre teams find ways to win and getting clean sheet victories vs a tough opening week Cavalry side and then a Halifax side that still had Morelli is enough to keep them in top 4. The logic behind this is, who else in the league outside of the top 3 is better than Ottawa? The only other team that can come to mind is York…

The CPL had York at #3 in their Power Rankings. This is absolutely absurd. One could argue for them to be 4th, but even that would be a slight reach compared to Ottawa. York started off the season losing 1-0 to Halifax at home and then proceeded to draw with Edmonton after Edmonton equalized just 2 minutes after York took the lead. York’s first victory came this week against Cavalry. In this game, York was impressive. They adjusted to Cavalry’s early chances and then shut them out for the rest of the game. They dictated play for most of the game, and the team seems to be gaining chemistry. However, the Cavalry side they played was awful and was in no way the same side that Ottawa and Forge played against. Cavalry had some chances in the box early in the game that never turned into shots due to one extra pass or lack of concentration. If one gives those same chances to a better side, those can quickly turn against York.

Compared to Ottawa beating Cavalry and Halifax to start the season, York losing to Halifax and then Drawing to Edmonton while beating an awful Cavalry side in no way screams third place and one can argue is not good enough to pass Ottawa even after their 6-1 loss. This week’s Friday night York vs ATO will determine whether I am right or not.

Halifax is in a tough position. They won against York but got dominated for the last 30 minutes of the game and stole all 3 points if I’m being honest. They then went to Ottawa and couldn’t capitalize on their chances, leaving empty-handed and without Morelli after he suffered a season-ending injury. Many expected Pacific to thrash Halifax in this week’s matchup, but a 2-1 loss thanks to an 85′ penalty surprised many fans around the league. Halifax will have a tough season, but after 3 weeks, I don’t believe that Edmonton and Cavalry have been better than Halifax as a whole. After Cavalry’s performance this week, I don’t believe they deserve to be ranked higher than Halifax.

The 1 point for Cavalry is a bit misleading, in my opinion. They played a strong game against Ottawa but just couldn’t break their defensive wall and ended up leaving with 0 points. Against Forge, they held their own and were showing signs of a top team and were headed to 3 points before Forge equalized in the 90th minute. Cavalry could have easily been on 6 points or 4 points heading into week 3… but then week 3 happened. Cavalry looked AWFUL against York. Outside of the few chances they had in the opening minutes, they did nothing the rest of the game. They held possession but did nothing with it, and on defence, they were lucky to only lose 2-0 after York outshot them 17-5. A horrible performance like this is the only reason they are 7th and not 6th ahead of Halifax.

I guess the first two games were just flukes because Edmonton looked like an L1O side could have beaten them this week. Outshot 10-0, out possessed 69% to 31%. Edmonton did absolutely nothing this week. Forge put on a clinic, and Edmonton is lucky they only lost 3-0. In terms of this season, a 94′ equalizer in the home opener and pulling out a draw against York at home may help with morale, but when facing a top team, they got exposed for the team they are… They may not be last in the league, but they deserve to be last in Power Rankings (Which shows why Power Rankings are important).

It has only been 3 weeks of the season. Standings right now don’t tell the story, but Power rankings can help a little. Currently, Pacific and Forge hold down the top 2 spots and Valour, ATO and York are battling for the next 3. Halifax, Cavalry and Edmonton are fighting for who is NOT the worst team. Still, out of those bottom 3 teams, Cavalry has the best chance of moving up into the middle tier and start competing for third place. Only time will tell. Still, I believe CPL needs to work on their Power Rankings… Really? York third? SMH.