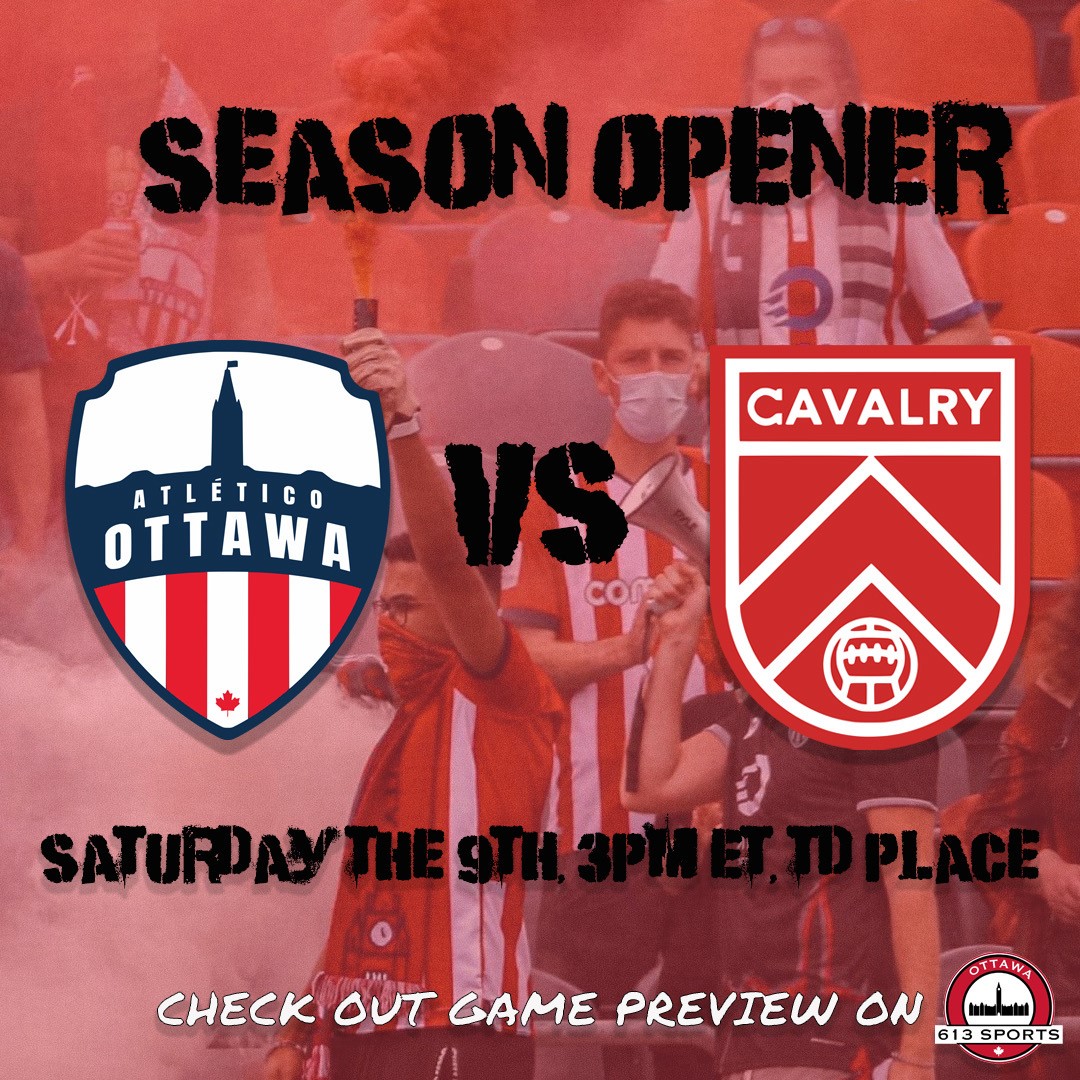 The day is finally upon us. Saturday, April 9th, Atlético Ottawa kicks off their season at home in front of a surely electric crowd, and standing in the way of 3 points is a familiar foe of Cavalry FC.

However, before we can preview this match, it is probably a good idea to get everyone caught up to this point in time. The 2021 CPL season was an utter disaster for the club. Not only did they finish last, but they also set a record for the fewest amount of points in a season. After a season like that, many fans were interested to see what management did in the offseason. Would they stick with the core? Would they blow the team up completely? The answer came on January 13th when Atlético Ottawa announced the return of 7 players, with Malcolm Shaw, Zack Verhoven and Miguel Acosta headlining this announcement with 2-year extensions each. If you want to read about this day, check out this article: Malcolm Shaw headlines Atlético Ottawa roster announcement.

With 7 players announced, Atlético Ottawa still had a lot of spots to fill. The following big announcement came on January 26th when Atlético Ottawa announced SIX new players on the day. For the rest of the offseason, Atlético Ottawa kept adding better and better players with the likes of Carl Haworth, Abdou Sissoko, Ballou Tabla and many more. The team capped off their offseason signing spree by signing their first overall draft pick, Jose Da Cunha. Now entering the start of the season, many fans are wondering if this is one of if not THE best offseason in CPL history.

While a team can sign as many good players as they want, the biggest question is whether these players can gel together. To answer that question, we need to look at the preseason festivities. Once again, Atlético Ottawa held their preseason in Madrid. On top of training in world-class facilities, Atlético Ottawa was able to play a couple preseason games against Spanish Third and Fourth division teams. Don’t let the ‘third and fourth’ title distract you, as most of these teams had a higher team transfer value than ATO. Atlético Ottawa went 2-2 in Spain, beating Palencia CF (4-1) & Leganes B (3-1), while losing to Real Madrid Castilla (1-3) & DUX Internacional de Madrid (0-4). Atlético Ottawa then returned home and played a friendly against CF Montreal u23 side, which they won 2-0 in front of around 300 fans at TD Place. It is not a reach to say that Atlético Ottawa fans are feeling great heading into this season, so now it is finally time to preview this opening game with some headlines to watch:

Pay What You Can initiative returns.

After a successful initiative last season, Atlético Ottawa is holding another PWYC event, with all proceeds going to humanitarian aid in Ukraine. On top of this, Atlético Ottawa will be wearing a special tribute kit – yellow and blue – in support of Ukraine, with these match-worn kits being auctioned off following the match. This is a fantastic initiative, so make sure to get your tickets if you haven’t already.

Every good team has one team that they seemingly can never beat. In Cavalry’s case, Atlético Ottawa seems to be their Kryptonite as Ottawa holds a 3-1 record against them and a 2 game win streak coming into this game. Cavalry is a solid team, so it will be interesting to see Atlético Ottawa continue this trend on Saturday.

After the team announced that Mista would not be returning for the 2022 season, fans were immediately on the hunt to find out who the next Head Coach would be. Rumours went from Marc Dos Santos to Jimmy Brennan to Rob Gale. However, when Carlos Gonzalez was announced, many fans were taken aback at first, but one glance at his resume assured fans that this was the right hire. The former Kuwait national team manager will be a fantastic fit in Ottawa. He holds a tremendous personality which you can see in full display in The Stepover Podcast episode that just dropped. CarGo (a fan given nickname) is 100% ready for this season and seems to have a plan in place.

I want my team to have personality. I want a team that’s ambitious, that wants to create trouble for the other team. I want them to be proactive, not sit back and wait for mistakes. We are going to be a side that’s very adaptive. I’m not just here to get good results on the field, I want to develop these young players, to make them know the sport better, to understand the tactical side of the game better too.”

Atlético Ottawa also announced the signing of Carleton University Men’s Head coach Kwesi Loney as one of Gonzalez’s Assistant Coaches. Kwesi Loney is well known in the soccer community in Ottawa and has made the Carleton soccer program one of the best in the country. With recent frustrations and grumblings about the lack of relationship between Carleton University and Atlético Ottawa, Kwesi will provide useful expertise to the sidelines and act as a bridge between the soccer programs in the city.

Atlético Ottawa fans have waited a long time for a normal 28 game season. After a season like 2021, many would think that the fans would be cautious heading into this season. However, it has been the complete opposite. Fans have rallied together and created an incredible atmosphere during the offseason with the slogan “We are Massive” taking charge. April 9th is sure to be electric, and there is no doubt that Bytown Boys and Capital City Supporters group will be making noise from the March all the way to after the final whistle blows.