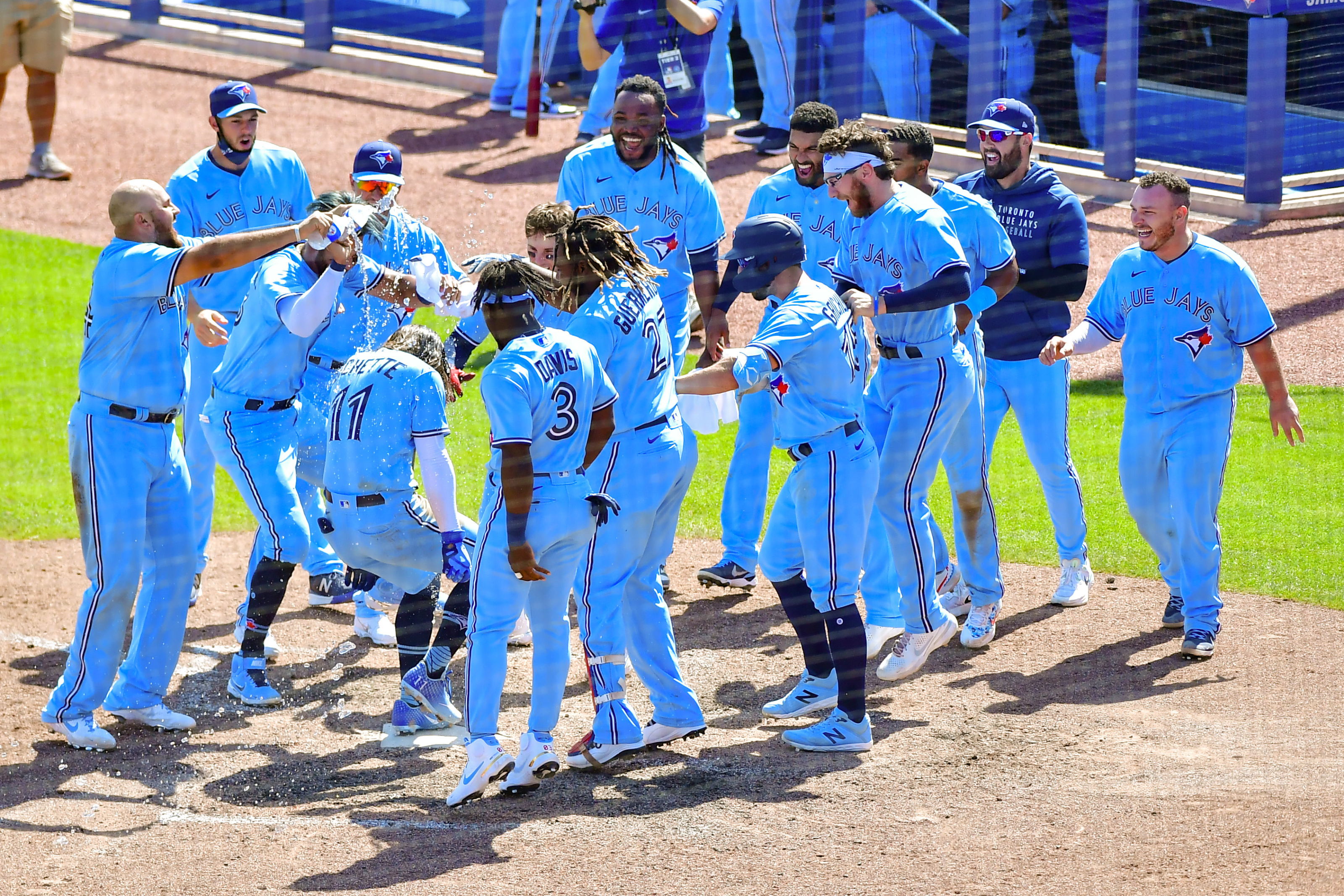 With opening day on April 7, the Blue Jays are looking to make the playoffs this season after they missed the playoffs last year on the last day of the season even after winning 91 games.

They lost a few key pieces of the team’s success last season in free agency like CY Young-winning pitcher Robbie Ray – who single-handedly won the Blue Jays some games thanks to his arsenal of creative pitches – to the Seattle Mariners. They also lost Marcus Semien, who was an integral part of the Blue Jays’ offense hitting 45 home runs (an MLB record for a second baseman) and 102 RBI and is now making $175 million over five years with the Texas Rangers.

To make up for it, the Blue Jays brought in a few talented veterans like third baseman Matt Chapman who has a strong arm, can throw the ball to anywhere in the infield, has a high baseball IQ, is great defensively, and who can hit home runs and get on base with ease. Another talented player they brought in is starting pitcher Yusei Kikuchi, who has a very strong arm, is extremely accurate, has a wide variety of pitches in his arsenal and he will add a lot of talent to the Blue Jays’ starting rotation.

They also resigned several key players including pitcher Jose Berrios, who they acquired from the Minnesota Twins at the 2021 trade deadline. At 27 years old, the right-handed pitcher will be an integral part of the Blue Jays’ starting rotation – which also consists of Hyun Jin Ryu, Yusei Kikuchi, Kevin Gausman, and Alek Manoah – for the foreseeable future after signing a seven-year, $131 million extension.

The Blue Jays’ bullpen also saw significant improvement as the 2021 season progressed, but several blown leads cost the Blue Jays some wins early in the year and ultimately a spot in the playoffs. Currently, their bullpen consists of guys like Jordan Romano, Tim Mayza, Adam Cimber, Ross Stripling, and Nate Pearson among others. The Blue Jays also have many other prospects who will be competing in training camp for a final roster spot.

The Blue Jays also added another reliable reliever to the bullpen after signing Yimi Garcia to a two-year, $11 million deal. Garcia brings a high level of experience in high-pressure situations, specifically at the end of games, and will play a prominent role in a bullpen that will still continue to see further improvements and additions before the season starts and during the campaign.

The Blue Jays should look to add another free agent starting pitcher and relieving pitcher to solidify their depth even more, however, their starting rotation and bullpen are arguably better at both positions than they were before the start of last season.

The Blue Jays also had to address the second and third base spots in the offseason. After adding Chapman, they filled the third base spot with a good hitter and a talented defensive player to fix a defensive weakness in the infield. Cavan Biggio and Santiago Espinal are both very solid options at second base, but adding another second baseman via trade or in free agency or seeing one of their second base prospects like Otto Lopez develop into a starter would improve the team’s depth even more.

The Blue Jays also have a numerous amount of depth at the catcher position. Danny Jansen, Reese McGuire, and Alejandro Kirk are all solid options. Perhaps the Blue Jays could use one of the three catchers in a trade to acquire another player in a position of need, however, it isn’t extremely necessary to use one of their catchers as trade bait; it’s just an option.

Another slight concern for the Blue Jays is how will they make up for the loss of production caused by Marcus Semien’s departure. Semien was responsible for 45 of the teams’ franchise-record 262 home runs in 2021. He also recorded 102 of the team’s 816 RBI. That is a significant contribution to the team’s offense for a single player.

Of course, the Blue Jays have one of the youngest and most explosive offenses in the MLB with guys like Bo Bichette, Vladimir Guerrero Jr., Lourdes Gurriel Jr., Teoscar Hernandez, Cavan Biggio, Santiago Espinal, Danny Jansen, Raimel Tapia, and George Springer – an electric hitter who is under contract with the Blue Jays for the next five years – among several other talented players.

Barring any unfortunate injuries, all the young players on the roster should see an increased level of production offensively this season. In order to make up for the loss of Semien, each player has to up their production and offensive efficiency in 2022 or the Blue Jays have to sign or trade for an additional quality offensive player.

There are multiple options available via trade but one very good free agent option the Blue Jays should seriously consider would be a left-handed hitting outfielder in Michael Conforto. He did have a miserable year in 2021 for the New York Mets but should be up for a massive rebound year in 2022 and he is very good at hitting the ball.

Conforto would help fill the Blue Jays’ offensive needs. He has 132 home runs in his career and a career slash line of a .255 batting average, a .356 on-base percentage, and a .824 slugging percentage. He is an offensive-minded power-hitter, however, his defense is not great.  The Blue Jays’ coaching staff will need to help him improve his defense in order for him to be a well-rounded outfielder and be considered for a starting roster spot.

His best offensive seasons were from 2017 to 2020. In that span, he hit 97 of his career 132 home runs, and posted a slash line of .265/.369/.864. He knows how to hit home runs and how to get on base too. If his 2022 season is as productive as his career-best 2020 season and guys like Guerrero Jr., Bichette, Gurriel Jr., Hernandez, and Springer continue to produce like they did last year, their offense should remain on the same level as in 2021 or get even better.

Overall, the Blue Jays’ pitching – starting rotation and bullpen – has gotten better and their offense will improve drastically if they can add another veteran talent to the lineup like Conforto and if the players that are already on their roster improve their productivity in 2022.

The AL East is one of the best divisions in the MLB with teams like the New York Yankees, Boston Red Sox, and the Tampa Bay Rays. Last season, the Blue Jays finished fourth place with a 91-71 record but still missed the playoffs. The Rays won the division with a 100-62 record and the Red Sox and Yankees took both AL Wild Card spots, they each had a record of 92-70, only one game better than the Blue Jays.

This season, I don’t think the Blue Jays will lose as many games thanks to a bad bullpen. However, if they don’t bring in another quality free agent hitter, their offense will take a step down. I predict the Rays win the division with a 102-60 record. I think the Blue Jays finish the season 95-67, which is good enough for second place in the AL East and for the first AL Wild Card spot. They will win the wild card game against the Seattle Mariners, win the ALDS in five games against the White Sox and lose the ALCS in six games to the defending AL Champion Houston Astros.

The Blue Jays have a lot of talent on their roster and will be competitive and entertaining to watch this season. If they add a few more pieces to their current roster, like Conforto, make a few more trades to fill positions of need, and nail the 2022 draft, they will arguably be considered World Series contenders in the near future.