Is Josh Norris Destined For A Bridge Deal? 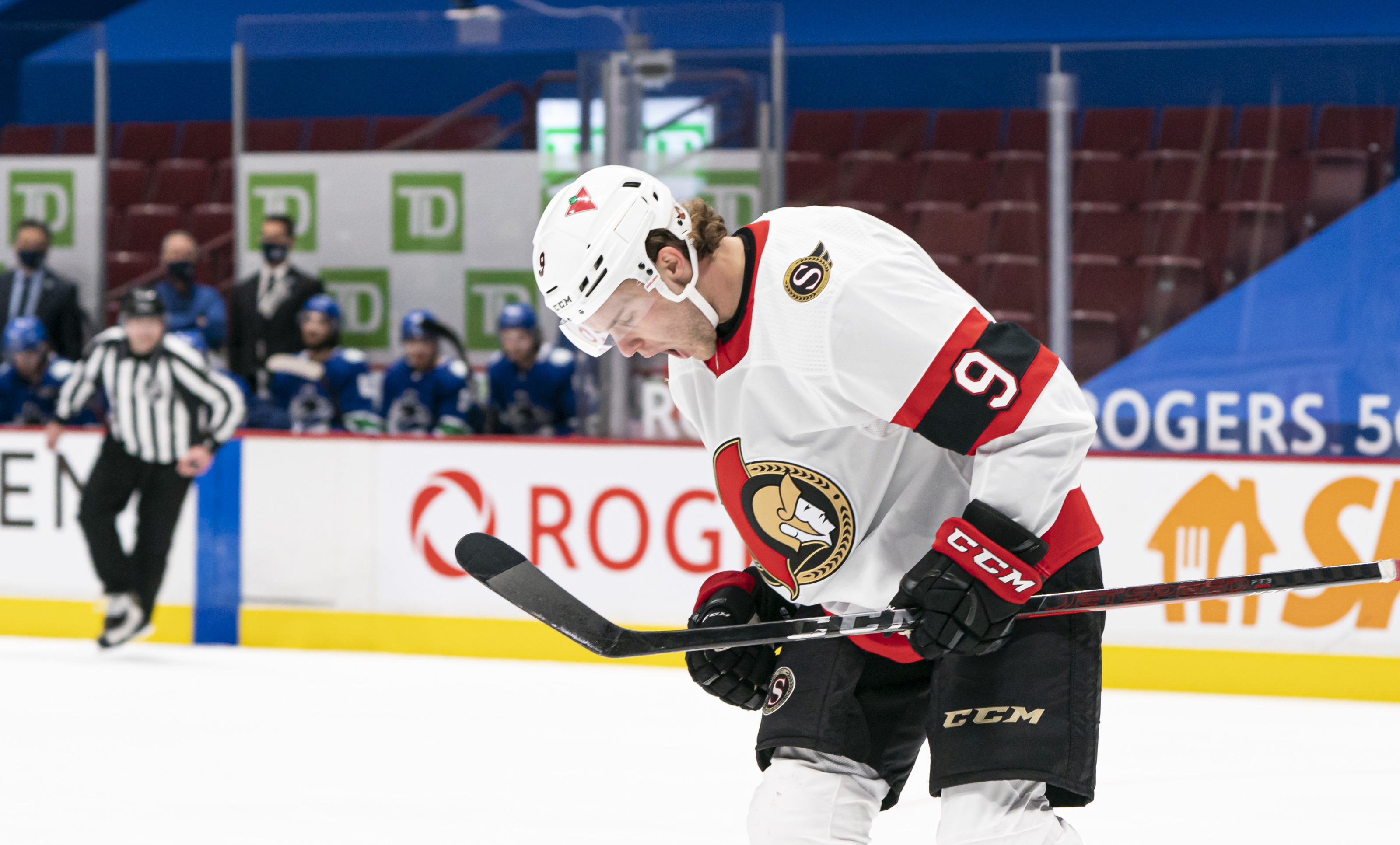 Josh Norris has been on an absolute tear recently for the Ottawa Senators. The 22-year-old netted his first career hat trick while also reaching the 30-goal mark in just his 52nd game of the season. He became the first Senator to hit 30 goals since Milan Michalek and Jason Spezza both did in 2011-12. But Norris’ recent milestones have raised questions about the American centreman, who is due for a contract extension in the off-season as his entry-level deal expires. What is Norris actually worth?

When the Senators traded Erik Karlsson in 2018, nobody could have predicted the trade would work out so well for them. Landing draft picks that have eventually turned into Tim Stützle, Leevi Merilainen and Mads Søgaard, one could still make the argument that Norris was the best part of that return. He has taken strides forward every season since becoming a Senator, winning AHL Rookie of the Year in 2019-20 and then finishing 4th in NHL Rookie of the Year voting the following season.

The problem with Norris’ outstanding offensive production this year is that it is a contract year. While a lot (and I cannot emphasize how much) has changed since last fall when the Brady Tkachuk negotiations went right down to the wire, there is still very much a possibility that this summer could be a similar process for Norris. The two share the same agent, Tkachuk’s uncle Craig Oster.

When asked about Norris’ goal scoring after Sunday’s game, Tkachuk had this to say about his linemate and childhood friend (1:15) :

The players know it. The fans know it. Management knows it. Norris’ offensive production warrants a massive payday, and one that could very likely happen. However, unlike the Tkachuk circumstances last summer, is a long-term deal really the best option for Norris?

The interesting part about Norris this season is that it has been shocking how often he is able to put the puck in the net. Despite missing 15 games with a shoulder injury, Norris is currently on pace for 47 goals if he played a full 82 game season. That is an elite pace for a player who is playing his first full NHL season. His goals per game rate of 0.58 put him tied for 9th in the league this season with Kirill Kaprizov and Connor Mcdavid. Some players he’s ahead of are David Pastrnak, Alex Debrincat, Brad Marchand and Mikko Rantanen.

Norris has catapulted himself into some truly elite company with his goal-scoring output this year. The only reason a bridge deal might make sense is if the Senators want to have a larger sample size, despite the numbers that were previously mentioned. Norris can’t just be the next man up for a big payday simply because he’s older than a guy like Stützle.

A year from now, we could very well be sitting here talking about how Stützle has taken over the #1 centre job. When Norris missed 15 games, Stützle certainly found a bit of chemistry with Tkachuk as his winger. Honestly, I would make the argument that at 5 on 5 this season, Stützle has been much better than Norris. I haven’t mentioned Norris’ powerplay production, but 15 of his 30 goals have come on the man advantage, while only 4 of Stützle’s 14 have. So when it comes to goal production at 5 on 5, Stützle has 10 goals while Norris has 15, and when factoring in how Norris has spent the entire season on the top line, maybe Stützle has more room to grow.

With this being said, whatever Norris’ new deal is will be justified. Say what you want about Pierre Dorion and the Sens’ management team, but when it comes to negotiating deals for his young stars he has hit 3 home runs so far (Thomas Chabot, Drake Batherson and Brady Tkachuk).

Credit to Steve on Sens on Twitter for the idea to write about Norris this morning:

A glance at the discussion below his tweet shows that most of the fanbase probably feels similar. Unless you’re signing Norris to a Drake Batherson type of deal, then a 3-year bridge deal might be the best way to go in order to properly gauge what kind of player the Senators truly have on their hands.

With the tragic passing of owner Eugene Melnyk, a change in ownership will likely come sooner rather than later. This should mean that the days of seeing star players walk away to finish their careers elsewhere should be gone, so signing Josh Norris to a bridge deal would not be the end of the world.

2 thoughts on “Is Josh Norris Destined For A Bridge Deal?”