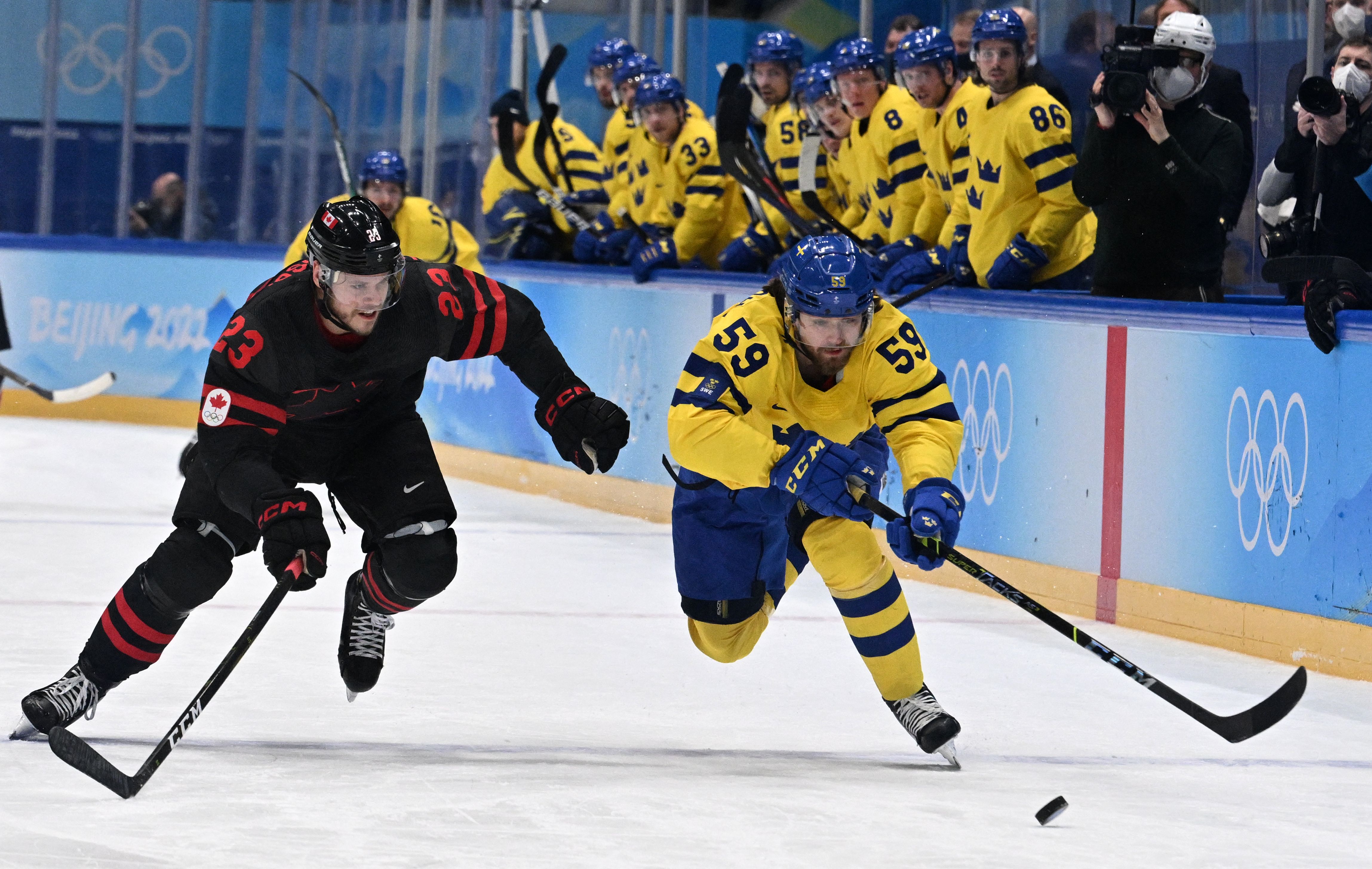 The Men’s Canadian Olympic hockey team was eliminated from the 2022 Beijing Olympics after a heartbreaking 2-0 loss in the quarterfinals to Sweden.

The Men’s hockey team finished the preliminary round with a record of 2-1-0 after beating Germany 5-1, losing 4-2 to the US, and beating China 5-0.

They beat China again by a score of 7-2 in the qualification playoff game setting up their quarterfinal game against Sweden.

The first two periods were a defensive battle. Both goalies, Matt Tomkins for Canada and Lars Johansson for Sweden, played very well all game long.

Both goalies made several key saves to keep the game at 0-0. They were the main reason why this game was scoreless until the 10-minute mark in the third period.

Both teams were 0/3 on the powerplay and perfect on the penalty kill. Sweden outshot Canada 26-22.

Sweden got off to a fast start and outshot Canada in the first period 10-8. They controlled the pace of the game, possession, limited Canada’s high percentage shots on goal, and used their transition attack and speed to generate quality offensive chances

Canada started better in the second period and they outplayed Sweden. They outshot Sweden 9-8 in the period, but recorded more quality chances to try and open the scoring. Tomkins was very impressive as well, making several saves to keep Canada in the game.

In the third period, Sweden resumed their dominance over Canada. They controlled the pace of the game, won possession time, seemed to win every loose puck battle and they outshot the Canadians 8-5. Sweden spent the majority of the third period in their offensive zone and their offense finally overpowered the Canadian defense and solved Tomkins.

With 9:45 left in the third period, Canadian forward Jack McBain turned the puck over in his own defensive-end and Lucas Wallmark capitalized on the opportunity by scoring an unassisted goal on a tipped wrist shot.

Canada would have a few chances to equalize the game and potentially force overtime but Johansson stood on his head for Sweden and finished the night with a 22 save shutout.

With under two minutes to go in the game, Canada pulled their goalie in a last gasp attempt to try to tie the game, but former Edmonton Oiler Anton Lander sealed the win for Sweden with an empty-net goal to give them a 2-0 lead.

Not even having a chance to win a medal is very disappointing for the Canadian Men after winning the bronze medal in 2018 by beating the Czech Republic 6-4.

Canada played well all tournament long and had a good team with talent and depth at all positions. They consisted of a good mix of former NHLers like Eric Staal and Tyler Wotherspoon and a ton of talented prospects like Owen Power, Mason McTavish, and Kent Johnson, who project to have great NHL careers. They also have a ton of players who have experience in the AHL, CHL, and other major leagues.

Would the Canadian team have done better if the NHL allowed players to go to the Olympics? Most likely they would have, but there’s nothing we can do about it now. Hopefully, the 2026 Winter Olympics will see NHLers, especially all the talented Canadians, at the games.