The Becoming of Erik Brannstrom 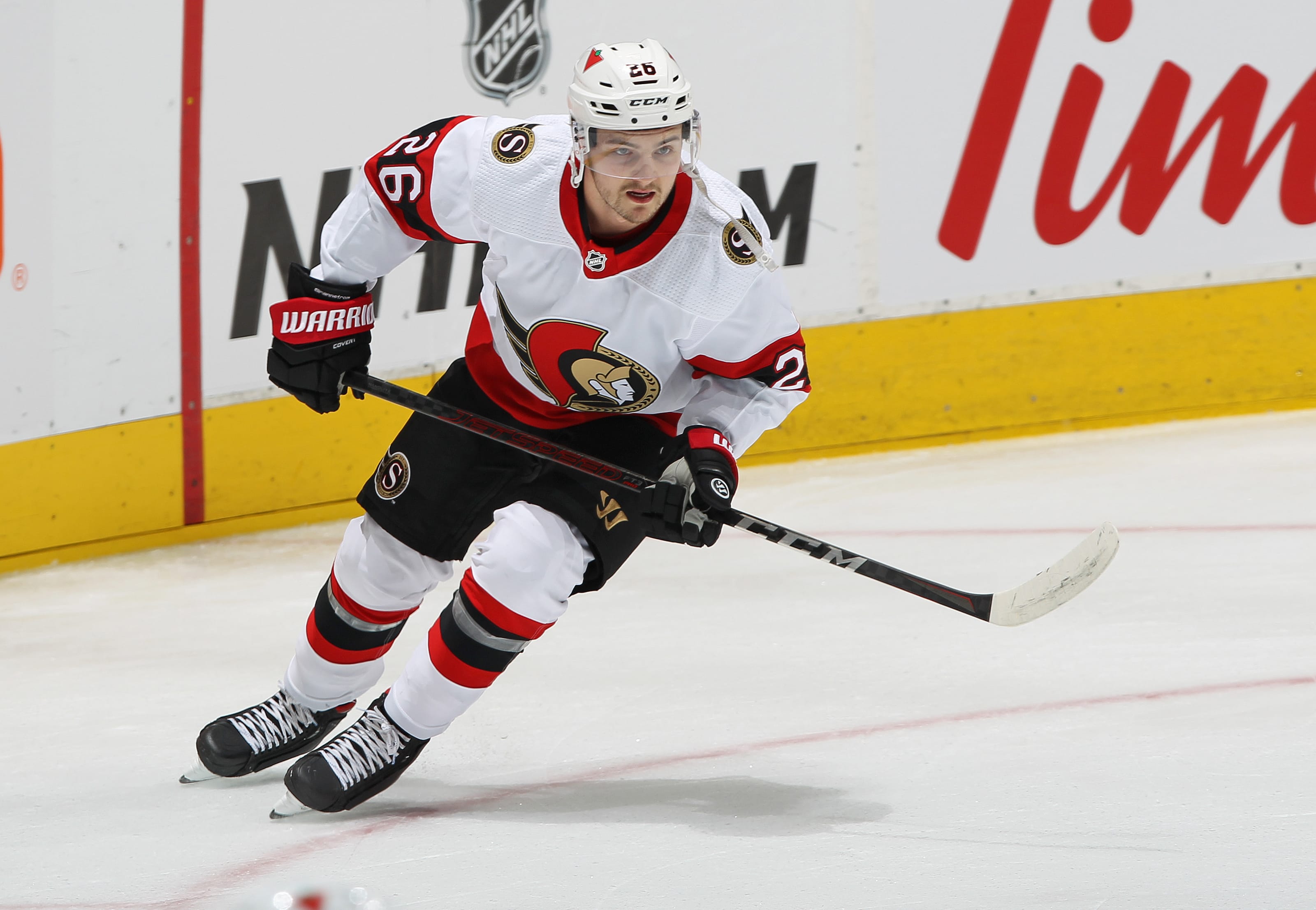 “Failure is not the opposite of success; it’s part of success”

Erik Brannstrom, for the better part of two years has failed to impress coaching staff, failed to earn a permanent NHL opportunity and failed to supersede the payer who captured Sens fans, hearts in Mark Stone. Perhaps a task that was destined for failure to begin with; In fact, Failure is all Brannstrom experienced during his time in Ottawa but it’s that very failure that has lead to Erik Brannstom’s recent rise. This is how failure has lead to success for the 22-year old native of Eksjo, Sweden.

Welcome To The Nations Capital

The words of Pierre Dorion still reverberate in the ears of Sens fans like a catchy 90’s boy band song “proudest day as GM of the Ottawa Senators.” Brannstrom arrived in Ottawa during a state of great disturbance, confusion and uncertainty. It was turmoil created by the teams own organization, talks of moving the team, fully engaged in a complete and utter teardown. Saying goodbye to fan favourite players while the lack of empathy expressed by the organization toward the fanbase was largely received as cowardly, narcissistic and worrisome. Leading to the attendance issues and lack of “buy in” for lack of a better term, that still reigns true to this day, welcome to Ottawa Erik, “we’re a team”.

Brannstrom immediately started in Belleville in 2018-19, registering a respectable 32pts in 50gp split between his former squad, the Chicago Wolves and the Belleville Senators of the AHL. He made a breif, 2 game appearance at the NHL level that initial season, making his NHL debut March 14-2019 against the St. Louis Blues, in a 2-0 win for the Senators.

“He’s as advertised”, said interim head coach Marc Crawford. “That kids got poise, he protects the puck well when he goes back for pucks, he knows how to shield it.” Those are things you just don’t see until players are 25,26 years old.”

Brannstrom seemed poised to make an impression and quickly become the offensive minded, dynamic defenseman that the organization vocally raptured about.

The Fall of Erik Brannstrom

“There is nothing permanent except change”

The tide started to turn on Brannstrom around the time that Ottawa introduced a new head coach in DJ Smith. DJ has been quite vocal about the importance of stature and physicality on the back end, standing 5’9, 180lbs, Brannstrom is neither of those things. Brannstrom quickly became the odd man out for Ottawa and opinions of the player quickly started to change. It seemed as though he’d cemented a spot on this years roster with some very solid play ending last year. It wasn’t to be though as Ottawa had other plans, signing Michael Del-Zotto to a 2 year deal and suddenly Brannstrom was the odd man out, despite looking very good in pre-season play. It was off to the American league again for Brannstrom and it seemed as though he lost some confidence, lost some motivation and was starting to feel the organizations distrust in his abilities. Brannstrom recorded just 3pts in 9gp for Belleville this season.

“He dead-ends himself too much on his opposite side, It’s too bad we didn’t have an hour here, I could show you about 10 clips where he dead ends himself and he’s not effective. Erik Brannstrom’s 21 years old right now, lets be careful when we asses his ceiling and what he can do right now. As the season went on we saw some really good things from Brannstrom and we saw some growing pains from him.

Things were quite bleak for the 22-year old. In fact I was advocating moving the player myself. It’s clear the Sens need some help up front and also have a plethora of talent including Jake Sanderson, Lassi Thomson and Jacob Bernard-Docker coming their way on the defensive end. It seemed inevitable, Erik Brannstrom was going to be traded and virtually everyone was fine with it.

The Rise of Erik Brannstrom

The skill has always been there, sometimes in flashes and sometimes in larger samples but it’s a fact. Brannstrom has always had the upside of a top 4, puck-moving defenseman “Branny moves pucks.” His defensive abilities have been under fire from a coach who seems very skeptical that a team could demonstrate success with undersized players on the back end. Now, Brannstrom seems to be on the cusp of doing that very thing, can he change an old man’s opinion? Can he continue to demonstrate the ability to defend whilst posses the power to change a game offensively? Can he finally become a staple on the Sens roster and not be viewed as the trade chip who will land the team help up front?

There are a lot of “ifs” to this equation but if his recent play continues there’s no reason that the answer should be anything but a resounding YES!

Brannstrom, although pointless in 6gp has looked every bit like the player the Sens acquired for Mark Stone. The positive thing for Brannstrom is that there’s still plenty of runway on a season in which has seen many postponements and rescheduled games. He will (should) get ample opportunity to not only demonstrate his competence but show the offensive abilities whilst giving the Sens every reason to consider him a core member. It appears as though DJ Smith is also playing with the idea of Brannstrom on the right side as the young defenseman spent time with Thomas Chabot last night vs Buffalo.

The Glory Days Are Upon Us

I’ll leave you off with something that only dreams are made of. Imagine entering next season and “trimming the fat” so to speak. No reminiscence of a Josh Brown or Nikita Zaitsev, I’m not even sure how you make this happen but who doesn’t love a good dream?

“It’s never too late to focus on your dreams”