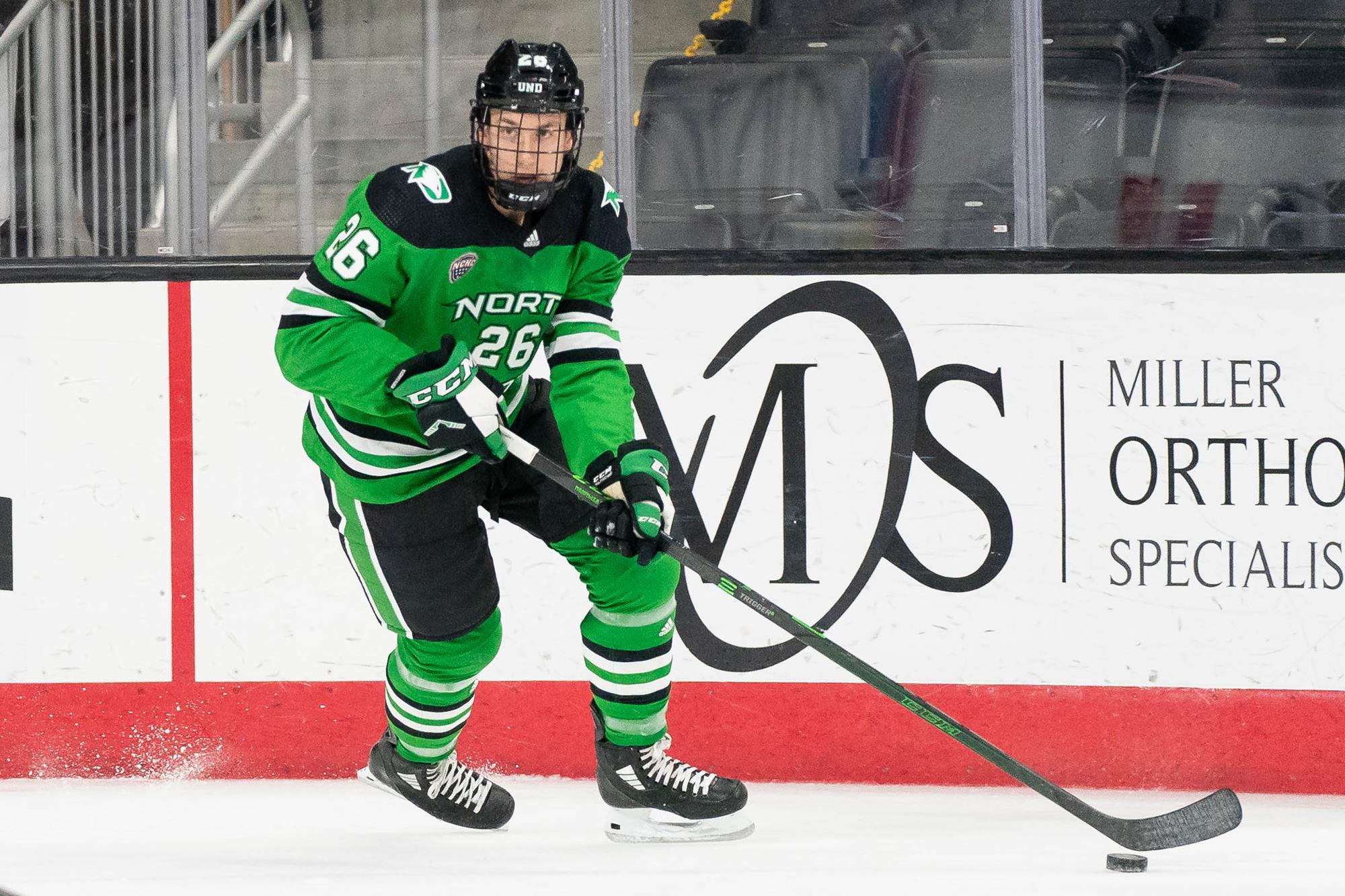 The hype train is a long way from the station when it comes to 19-year old, Montana native, Jake Sanderson.

The 2020, 5th overall pick is already getting described as many things around the Sens fanbase. Drawing College comparative stats to the NHL’s best defenseman, Cale Makar to being labeled as “the saviour” of the franchise, Sanderson is the most hyped Sens defensive prospect since their current dynamic blueliner, Thomas Chabot.

Admittedly, Sanderson has been my personal favourite prospect probably, ever. I was early on the player, always felt as though I understood Sanderson’s ceiling and viewed the 5th overall selection as not only a great pick for the Senators but a potential steal. I remember the early days of trying to convince the fanbase of Sanderson well before the draft, many expressing frustrations with me and calling me crazy for thinking he could be selected 5th overall. Thankfully those days are behind us and the entire fanbase is 100% sold on the selection.

Sanderson has already expressed an idea of when we can expect him to arrive to Ottawa, as he told Ian Mendes of the Athletic what his immediate plans looked like.

“I will be going back to North Dakota after the Olympics. I gave my word to Brad Berry and my teammates as well. We’ve got a really good group here and we have a chance to win a national championship together, so that’s something I’d like to do with them.”

Sanderson has dominated the College level, often making the opposition look less than half the player he is. His dominance is easily noticeable in nearly every facet. He can transition the puck up the ice himself basically whenever he wants to. He often gets a kick out of breaking the defenders ankles with a casual display of dominant edge work. Defensively his positioning, stick positioning and gap control are all elite level perfection. There’s nothing he can’t do at the College level, his 22pts in 17gp as a “defensive minded defenseman” are beyond impressive.

Sanderson was named Captain of the USA WJC team that wasn’t to be, he is set to play with team USA at the Olympics and has also been nominated for the Hobey Baker Memorial Award, as the best Collegiate player. To say that his development has gone anything but incredible to this point would be a complete and utter moronic statement. So what should we expect when Sanderson makes his NHL debut, likely at the conclusion of the collegiate season this year?

While I’m the biggest Sanderson believer, as I stated, possibly ever. I’ve watched nearly all of his games and know his tendencies both offensively and defensively. I’m actually out to tamper expectations for the 19-year old and it’s not because I don’t think he’s going to be incredible.

Sanderson has always been a defense-first player, everywhere he’s played at every level of hockey, Sanderson plays “the right way.” He takes only calculated risk, makes the most logical, in game solutions and thinks the game at a rapid pace. Yes, he will be an immediate improvement over anyone not named Thomas Chabot and Artem Zub to a lesser degree. I believe however, Sens fans should not expect Cale Makar offense out of Sanderson, ever and probably not expect any big offensive output whatsoever to start.

Sanderson takes time to find his comfort zone, like a mathematician he calculates the optics of success, when he can do what. For the first 30-40 games I would expect Sanderson to do just that. Build awareness at the NHL level, only take on risk when it won’t result in a glaring, costly mistake and make an impression on the coaching staff. To appreciate Sanderson’s game at its foundation I encourage Sens fans to get familiar with the details of the game. Not focusing on production early on but look for signs of comfort, such as when he feels comfortable to carry the puck out individually as opposed to differing to a breakout pass. The very same little signs that lead his offensive abilities to grow at the University of North Dakota.

Success for Sanderson won’t be as easy to see for those who are expecting flash and “in your face” skill. Yes, his skating is elite, he can pull away without trying, he has an explosive stride and as mentioned his edge work is phenomenal however, the NHL is a different beast for young defenseman. At the NHL, obviously speaking guys are bigger, stronger, faster and more skilled. For a 19 year-old adjusting to the tempo and physicality takes time. Details like timing his backcheck, his gap control and the sheer physical exertion and effort needed to win a puck battle, could take away from his offensive abilities to begin. In short, I strongly feel we’ll be looking at a top defenseman eventually. A player who’s refined defensively and proceeds to build on that foundation to round out his game at the offensive end. As with any young player, patience will be key and understanding his game is necessary.