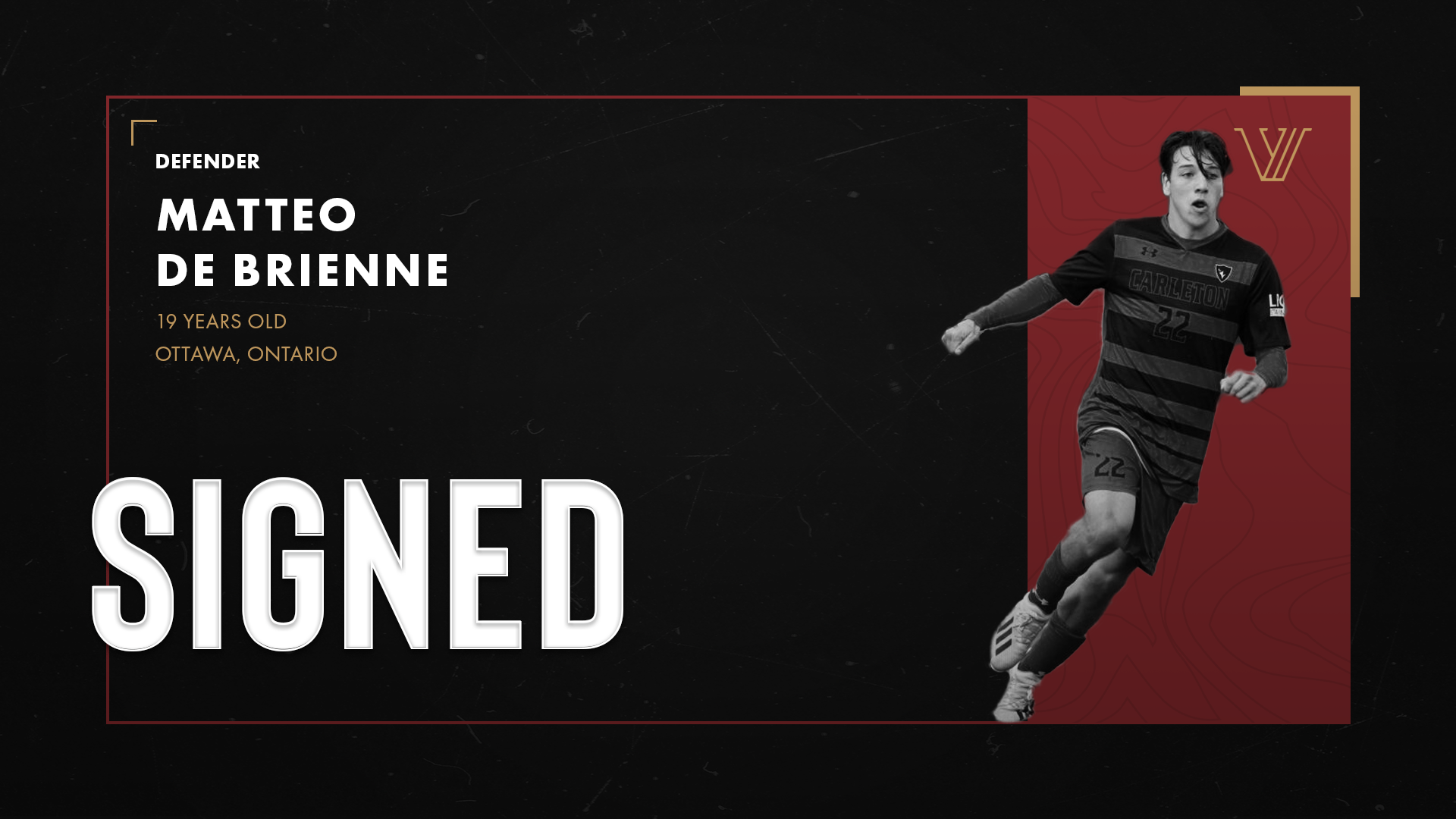 Matteo de Brienne, one of Canada’s top young prospects, inked a deal with CPL side Valour FC on Tuesday, January 18.

“It felt great [to sign], we had a great season and I felt like I put my body through a lot, and it’s nice that something has finally come out of it.”

De Brienne’s path to the CPL was an unorthodox one. He initially was a part of the inaugural Atlético Ottawa side in 2020 for the CPL Island Games. However, once that tournament ended, he joined the USL League 2 side FC Manitoba for the duration of August to September. From here, de Brienne joined the eventual second-best school in the country.

“It was a rollercoaster, I started off the season honestly not thinking I was going to start. Throughout the season, [Carleton head coach] Kwesi [Loney] put some trust in me and I was fortunate enough to get some minutes. We started off very well, but hit a little bit of a bump with York and Ontario Tech. But after that, we picked ourselves up very well and got ourselves into the playoffs,” de Brienne said.

Carleton University hosted the Nationals, so they didn’t need to win the OUA Playoffs to qualify. This ended up favouring the team as they were bounced out of the playoffs in the Semi-Finals against the eventual winners, the University of Guelph. However, this meant that Carleton had a lot to prove coming into Nationals.

“We bounced back for Nationals. We had a lot to prove and I think we made the most out of our opportunities, unfortunately, we didn’t end up winning but I think it will be something that sticks with us for a bit and hopefully give the players at Carleton some hunger for next season,” de Brienne said.

Once the University season ended, many started speculating whether de Brienne would be back at Carleton next year or take the next step by signing a professional contract in the CPL. Initially, he had himself set for a return to Carleton.

“I was thinking about the draft because in the back of my head after how Nationals finished, I was thinking ‘I want to go back to National Finals, and I want to win it for this school.’ But Valour had something great to offer, and I think I did as much as I could in one year at Carleton, and Carleton helped me as a great stepping stone to make it to Valour, and now I think Valour will be an excellent opportunity to help me start my career,” he said.

De Brienne had previous ties to local professional side Atlético Ottawa. When asked whether the club had any contact with him about drafting or signing him, he said no. We reached out to the club for comments, but received no response.

De Brienne joins a rapidly growing list of Carleton players who have entered the CPL through the draft or professional contracts; he gives the credit to Carleton Ravens head coach Kwesi Loney.

“Kwesi is doing a great job. The Carleton program has been doing great over the last few years and every year we have been doing better. It is nice to see that and hopefully, if we are on the right track, next year we will be winning the National title. “

De Brienne is a perfect example of how USports plays an integral part in professional sports and why the CPL should focus more on developing USports players.

When asked if he had any last things to say to friends, family and fans back in Ottawa, he said, “I’d like to thank everybody for the supports, especially the Atlético Ottawa fans who were doing their best to get me. I can’t wait to see everybody back home at TD Place”.