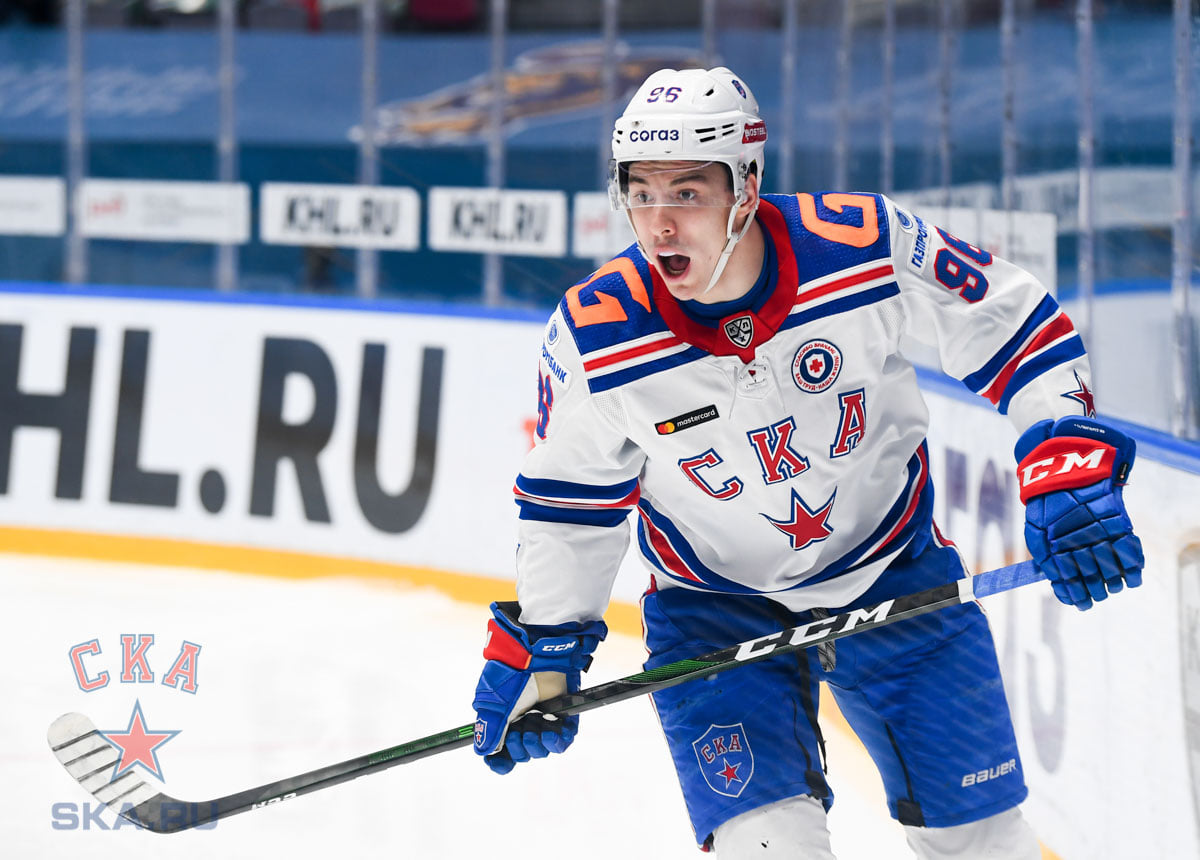 In the midst of a pandemic pause, the Ottawa Senators are creating some buzz within the fanbase, expressing their interest in KHL superstar forward, Andrei Kuzmenko.

Kuzmenko, native of Yukutst, Russia, located just less than 300 miles from the Arctic Circle (yeah, it’s cold there) is coming into his own this season. The soon to be 26 year-old has produced 52pts in just 42GP this season, good enough for second in the league. Perhaps it’s the way he’s doing so that has put many NHL teams on notice.

“Pierre Dorion tells us he spoke to Andrei Kuzmenko’s agent (Dan Milstein) last night. Kuzmenko is a sought after winger for St. Petersburg in the KHL.”

From Russia With Love

The competition to acquire the skillful Russian will be plentiful but the Senators hope that their most recent KHL turned NHL, success story will help entice Mr. Kuzmenko. Turns out Sens defenseman, Artem Zub played with Kuzmenko on that very same SKA team for 2 full seasons (they also share the same agent). I mean..come on, that face can convince Vladimir Puntin to smile in a mugshot.

Despite the obvious talent of the player, these situations don’t always play out according to plan, see Nikita Gusev as the most recent example. People were foaming at the mouth over Gusev’s KHL dominance and skill and yet his transition to the New Jersey Devils was less than spectacular.

Opportunity and confidence sometimes go hand in hand. Should Kuzmenko sign a one year, entry level deal with the Sens, he’ll likely get both and quickly. There’s a clear need for a skilled forward to compliment Sens’ 2020, 3rd overall pick, Tim Stützle. A top 6 role would immediately be handed to the skilled Russian and he’d have someone who can match his skill level to boot. Having aforementioned Zub, and fellow Russian Nikita Zaitsev, familiarity and communication barriers would make for a minimal adjustment in comparison to most other teams. Side note: he also has one of the most unique tape jobs I’ve ever seen (tell me that’s not a perfect fit for Timmy)

On the flip side, it makes complete sense for Ottawa, in desperate need of a skilled forward and someone to help drive the offense from a secondary source (outside the top line). The player would cost no future assets and is essentially the lowest risk gamble you could take.

If The Stars Align..

If the stars align for the Ottawa Senators, they could have their biggest pro scouting win since the last time that they tried their hand at acquiring a Russian player from St. Petersburg. The Olympics might be a great opportunity for Sens fans to scout the (hopeful) future star winger as it’s expected he’ll join his countrymates in Beijing next month. This is the exact gamble this team needs to make to potentially advance their rebuild and start to become the contending team we’re all hoping to see in the new year.