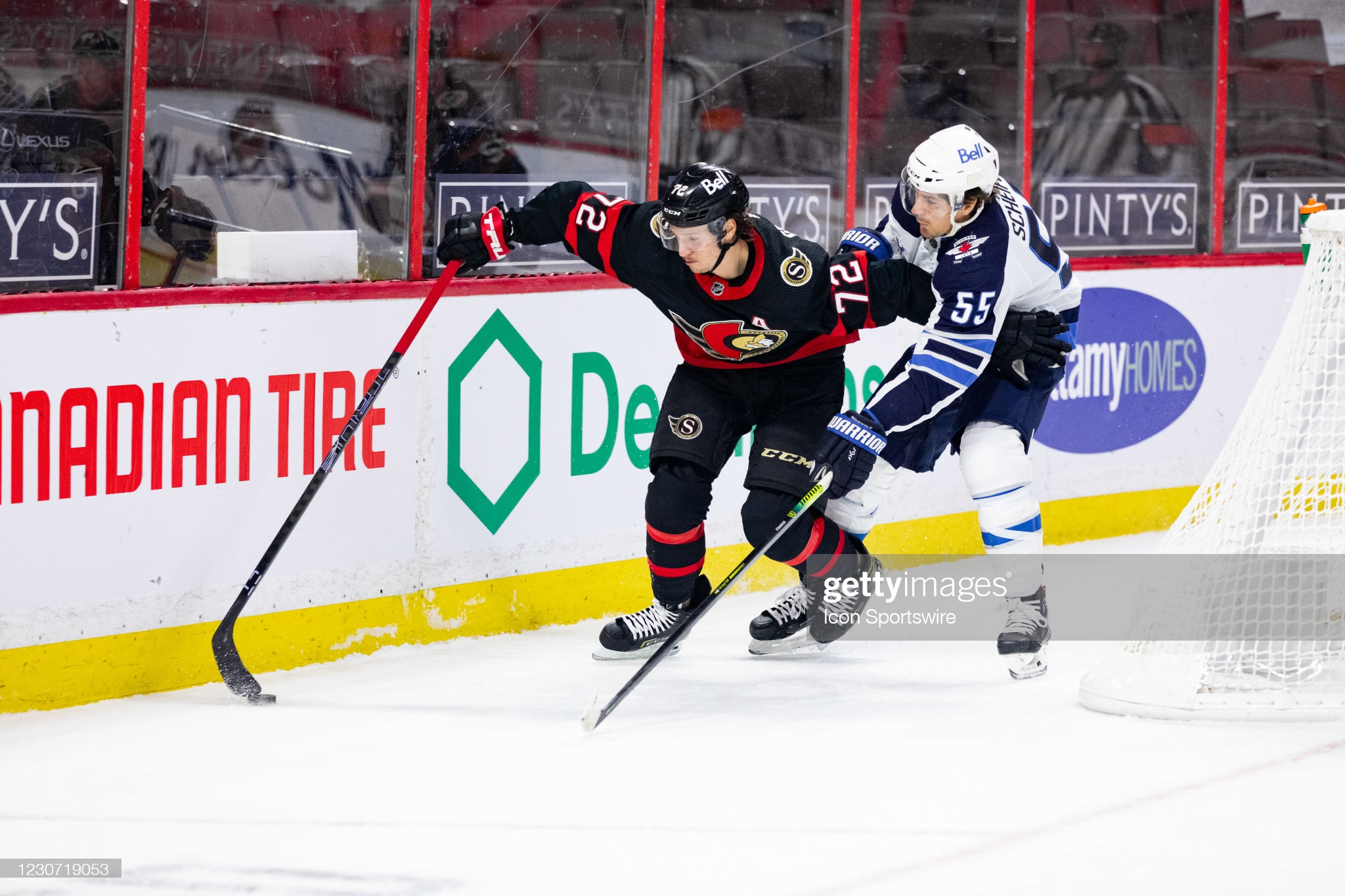 Nikita Zaitsev gets another assist. Yes, that’s what we’re starting this off after that carnival.

All jokes aside, we’re only four games into this season, and that was maybe the most difficult one to watch if you’re a Senators fan.

It seemed like nothing could go right from the jump. Matt Murray starts the night off by letting in a weak goal from Nikolaj Ehlers, and it was all downhill from there for Sens.

Bad penalty calls, poor giveaways, defensive miscues, a relatively weak power play, and many other things cost the Senators this game. By the end of the second period, it looked like the team had lost all interest and were checked out.

Here’s tonight’s Ottawa Senators report card in the 4-1 loss to the Winnipeg Jets.

I’ll keep this one really short and simple because there’s not a ton of good things to say about tonight. I’ll give Brady Tkachuk the nod for this one. He wasn’t too noticeable, but his line was still able to generate some scoring chances throughout tonight’s game. Especially early on.

His physical presence was still there, but it was overall one of his worse nights this season. Although, I’m not going to critique the guy too heavily. The Senators as a team were awful tonight, and it’s unrealistic to ask Tkachuk to carry you every given night.

This isn’t something I’ve found myself to say about Thomas Chabot in recent memory, but he looked really out of touch tonight. From the giveaways to the dull coverage on the Lowry goal, it wasn’t one to remember for the Senators defender. He finished with a -3 rating, even though we should all agree that +/- is an unreliable stat to use in this sport… right? Even on the man advantage, where Chabot is the quarterback for the Senators, he didn’t do anything that got me excited about his play.

Everyone is going to have one of those nights, and Chabot is no different from that statement. I don’t expect him to be in this category for most of the season, he’s still by far the best defender the Senators have employed back there right now.

Ottawa will have many games like this one for the remainder of the year, the thing to concentrate on is how they’ll respond after a tough outing like the one tonight. This team is still pretty young, and we have to remember we are still in the midst of a rebuild. Although, it would help if younger players got more opportunities and playing time. Just a little food for thought.