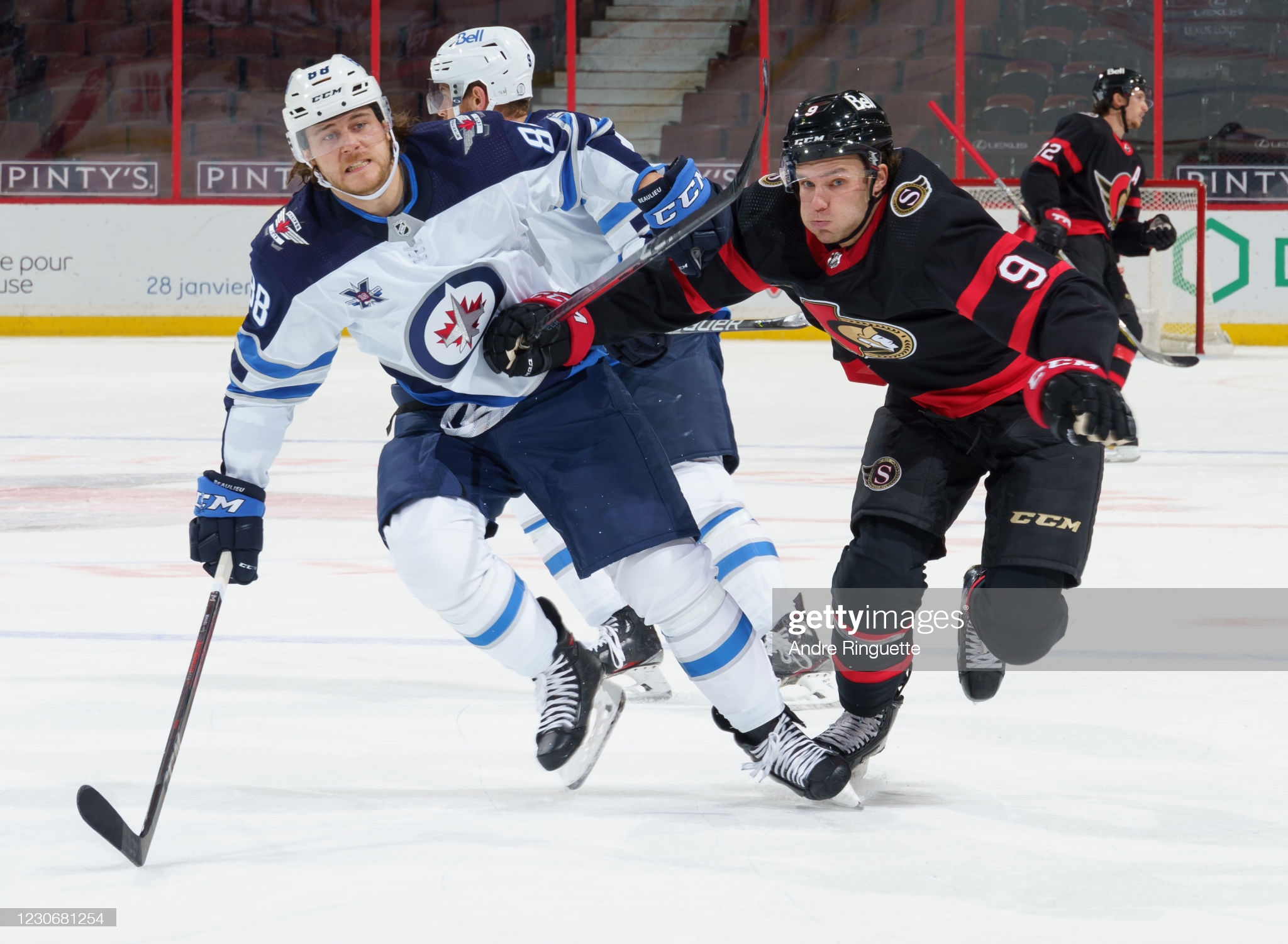 Ottawa Senators fans, I’m sorry we had to see that.

That one really stung.

After two back-to-back games in the Battle of Ontario, the Senators looked strong tonight vs. the Winnipeg Jets but ultimately fell to the them in overtime by a score of 4-3.

Josh Norris, a key piece that came to the Sens in the Erik Karlsson trade has been heavily relied on since camp. Tonight he finally got his first NHL goal.

Norris won the number one centre spot from Logan Brown in camp, and we can already see why he was able to secure that position. In the season opener, he was able to notch two assists in the 5-3 win. And tonight he showed more of that offensive prowess.

Possession was huge for Norris and his line tonight. They combined for a 93.75 CF% at 5vs5 tonight, and the eye test matched the numbers. The lines expected goals for were at a steady 0.64, not only were they the line with the highest xGF, the next highest was 0.18. I understand that you’d expect that from your top line, but you have to remember that Norris and Batherson don’t have the NHL experience like Brady Tkachuk does. Nevertheless, that line was outstanding, and Josh Norris is already a consistent contributor to the offensive game right now for the team. We’re only three games in, but you should be happy for the guy considering how hard he worked throughout camp to be where he is right now.

The 21-year-old was buzzing all night long and it paid off in the end for him. While the Senators lost the game, Norris played a solid game and showed why he’ll be a critical rookie for the Senators this year in their rebuild.

Anisimov made his way into this category after the season opener, and he’s found himself in the same position after tonight’s game. The lack of offensive drive from Anisimov is something that is starting to really concern me, and his defensive game is not all that great either.

Nikolaj Ehlers scored the goal in overtime with ease.

Anisimov tried to catch up to the play, but his slow skating ultimately led Ehlers to get a clean pass and tuck it over Matt Murray’s shoulder for the winner.

There’s nothing I’ve particularly liked from Anisimov through the first three games, and tonight’s poor defensive play was the straw that broke the camel’s back for me.

The Senators need to shake up the fourth line quickly, or at least think about how they should be icing them. And it should sure as heck should not be in an overtime where you have the chance to grab the extra point.

Ottawa dropped a game that was in their lap essentially tonight. They outshot their opponent, and the Jets still managed to comeback and drag them to an OT where they won.