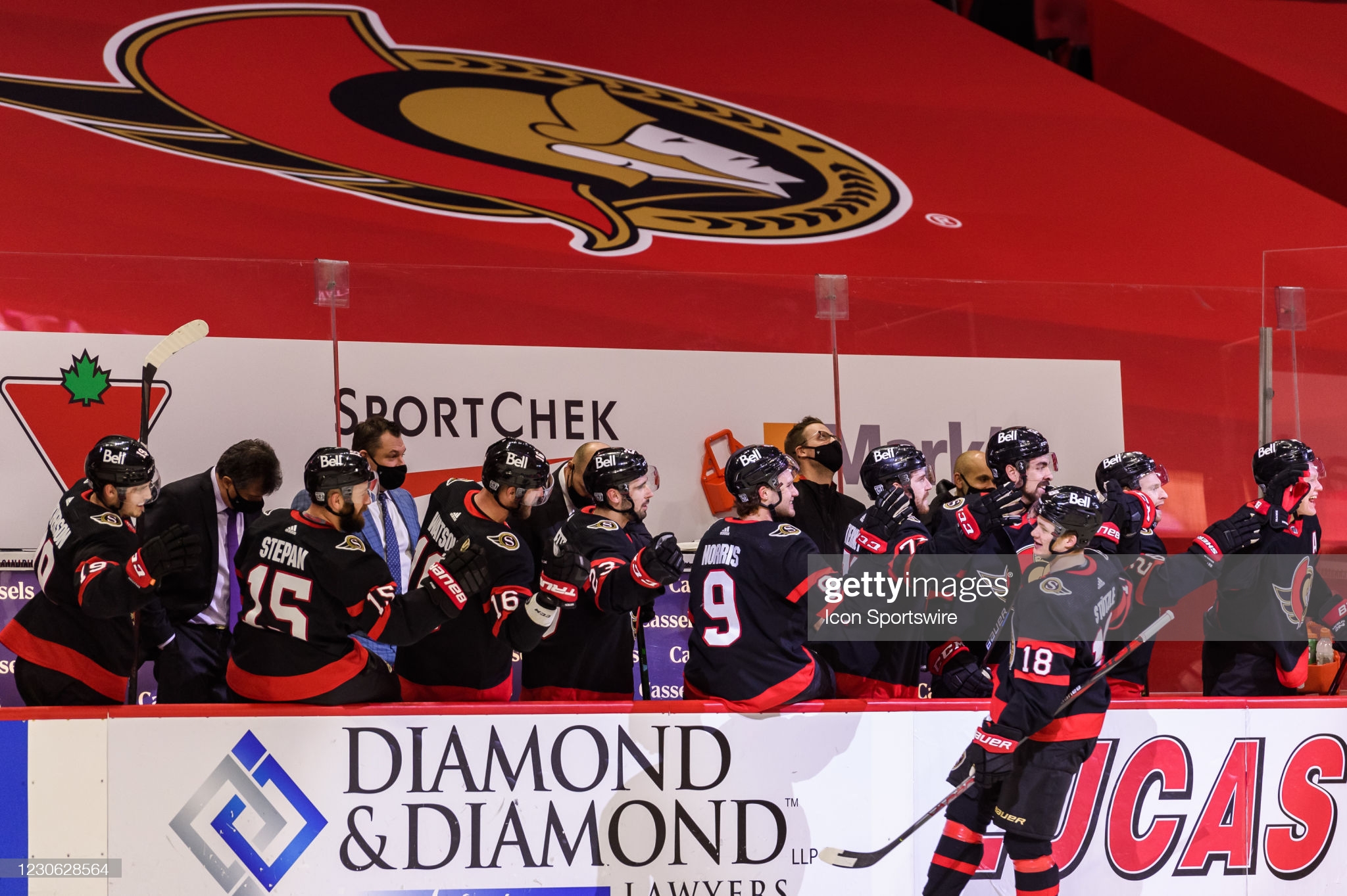 After an impressive 5-3 comeback win on Friday night, the Ottawa Senators fell 3-2 to the Leafs on Saturday night.

It seemed like the Senators were hemmed in from the jump. While they had their chances throughout the game, the Leafs seemed to suffocate them once again in their own zone and controlled play for the majority of the game.

A fast and skilled Toronto team definitely took it to the Senators tonight, and they showed much more effort after the first 20 minutes in contrast to last night’s game. While Timmy Stützle got his first NHL career goal late in the third, it wasn’t enough for the Senators to bring another comeback to the table.

Let’s get this game two report card started, shall we?

If we’re calling it like it is, Matt Murray is the reason why the Senators didn’t lose this game 5-2 or 6-2. Murray was heavily relied on all night, and especially during the 5on3 the Leafs had in the second period where they fired everything but the kitchen sink at him.

I understand that there’s a goal or two in there that he’ll want back, but I was really impressed by his overall performance tonight. He was solid last night for the Senators, and was probably the Senators best defender tonight.

Murray will be asked to play more games like that this season. That’s a guarantee considering the below average Senators defence this year. He was signed to a huge contract this off-season when GM Pierre Dorion went full house on him, and he showed his worth this game. Murray seemed relatively calm in net, and he was usually square to the puck while knowing where the shot was going to be coming from.

The Tim Stützle show has arrived! After a relatively quite first NHL game on Friday, Stützle seemed much faster and played with a pep in his step tonight. While he managed to get his first career goal, he still made some rookie errors, but that’s completely expected from a 19-year-old playing in only his second NHL game.

He seemed much more eager to jump into the offensive zone and help out on the board battles tonight. You have to think even with the team not being able to secure the win, the pressure off his chest after finally getting his first tonight will be a relief for him.

It’s the first of many, but Stützle seemed like one of the more energetic and noticeable players on the ice for the Senators tonight. Mistakes will happen, and the Sens expectations this year aren’t high enough to make a big deal out of it this early on in the season. Live and learn.

Newcomer Cedric Paquette was undoubtedly the least impressive player for the Ottawa Senators tonight. He seemed really out of touch in his own end, helpless in the offensive zone and took an unnecessary penalty (Face-off violation) which led to the Leafs 5on3 advantage in the second period. That was his second penalty so far this season, the one on Friday night being another infraction that was unjustifiable.

D.J. Smith has been adamant about rookies wearing the mistakes they make throughout a game, but he should follow his own advice when it comes to veterans in the line-up having unsatisfactory games also.

I saw many people on Twitter saying that he should substituted with Alex Galchenyuk in the line-up ahead of Tuesday’s game against the Winnipeg Jets. I tend to agree with this the more I see Paquette play. If the Senators truly don’t have anything to lose, getting players like Galchenyuk in the line-up can’t hurt them in the long run. See what you have, and evaluate your options early on in the season as oppose scrambling at the last minute.

In all honesty, we could’ve listed another four or five other players for least impressive, but Paquette’s poor discipline gets him the crown tonight. After all, the highest CF% player on the team tonight was Thomas Chabot with 44.4% according to NaturalStattrick. Yuck.

The Senators will now have to gear up for their game on Tuesday night vs. Patrik Laine and the Winnipeg Jets, It will be another home game for the them with puck drop set for 7:00 P.M.