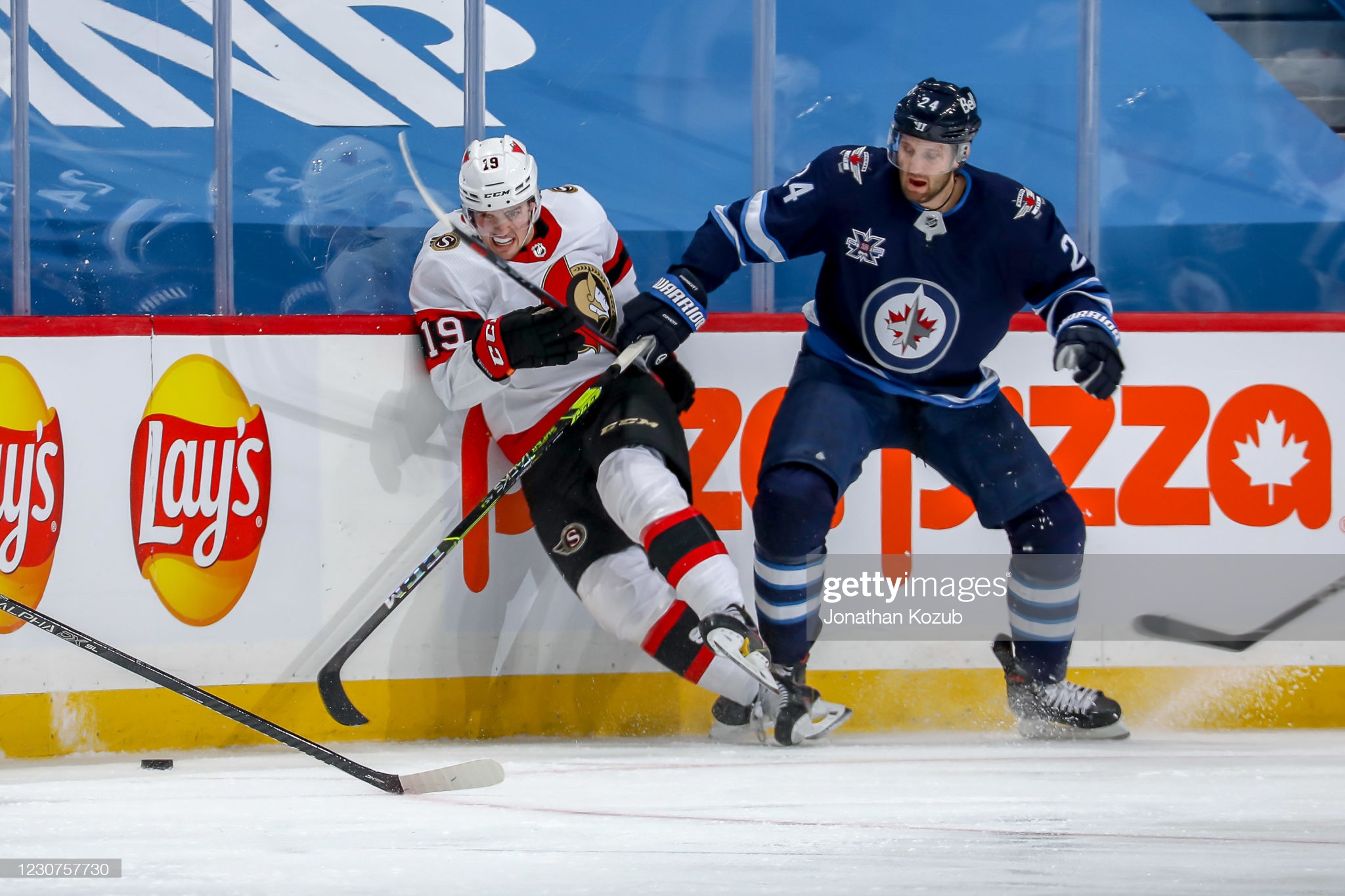 Saturday night hockey. Who doesn’t get out of their seat when they hear those words?

The Ottawa Senators took on the Winnipeg Jets in their first away game of the season last night, and it ended in traditional Sens fashion. Ottawa went into the third period with a 3-2 lead, and the third period was an abomination that led to Winnipeg cueing a comeback victory.

While last night was a mess, there was some clear nominations for most impressive and least impressive player of the game.

Let us get started.

In hindsight, I should’ve nominated Paul for this as early as game one, but we’re here now and that’s all that matters. Nick Paul has been one of the most consistent forwards for the Senators so far this year besides the top line. And last night, he showed no different in his game as he finished with two points. Paul is a really unique player if you were to ask me, I didn’t ever think too highly of him in past seasons, but he’s come in with intentions during this campaign so far.

Last night, we saw the same sequence from him as we’ve seen all year long. Not only does he look like a much better skater this year, his poise with the puck is quite impressive too. His vision and playmaking was something that caught my eye last night also. Take a look at Evgenii Dadonov’s first goal for instance. Paul notices Dadonov is about to glide past him in the neutral zone, and still chips a pass off the boards to him while he’s being hounded by three Winnipeg Jets players.

Before we wrap this segment up, let’s quickly break down the shot that Paul scored on. He receives a fluttering pass from Anisimov, and he realizes he’s running out of real estate when he finally grabs ahold of the puck. Instead of spinning off of Neal Pionk, he sticks his back outward creating a separation before firing off the wrist shot. This is the type of poise I’m talking about. He no longer seems worried about defenders creeping up on him, whether it’s when he’s about to get a shot off or when he’s trying to win a board battle down low.

Nick Paul was a treat to watch last night, and this just in the end means the Ottawa Senators won the Jason Spezza trade… right?

Like I said earlier, the nominations for the game last night were really easy to pick out for this report card.

Derek Stepan is going to be slotted in here for this one. Stepan was brought on as a leader for this young team, and so far he’s not had much to show for it.

I know I could’ve picked an Anisimov or Paquette for this one, but it’s a certain mistake Stepan keeps making that landed him here. Penalty struggles. Similar to game vs. the Leafs, Stepan flipped the puck over the glass in the third period last night in a tie game. No bueno.

It’s the second time in five games he’s taken this kind of penalty, and it’s now starting to cost his team just like it did last night when Paul Stastny made it a 4-3 Jets lead on the PP.

Mistakes are going to happen, but Stepan needs to make sure they’re not happening at critical times and so consistently! He has to find his discipline and not take these type of penalties that cost the Senators the win in a game where they could easily leave with the two points.

D.J. Smith and his staff really need to make changes going into the Monday night game vs. the Vancouver Canucks. Besides his top line and a few depth players, this team isn’t generating enough offensive threat to their opponent and they won’t be winning any games with this type of starting roster. Get the young guys in and let them play. I’d rather see the Ottawa Senators lose with a bunch of their future core playing, than players on expiring deals who won’t be here after this season.