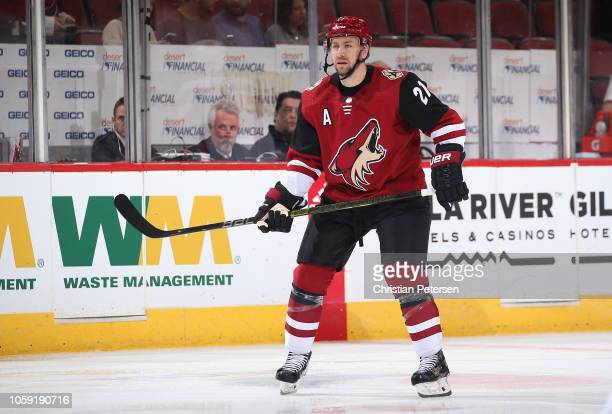 The World Juniors are on, Canada dismantled Germany in their first game of the tournament, and the NHL season is less than three weeks away. OK, now that you’re in your happy place, the Senators made a trade and it caused some people to freak out.

The move creates confusion for some, as it seemed like the Senators were wrapping up their addition on forwards after their few moves earlier this year.

So, why Derek Stepan exactly? The answer is pretty simple. It’s the logistics of the trade that is confusing. This type of acquisition for a team like the Senators makes great sense.

Stepan, 30, is coming off a 28 point season last year with the Coyotes. A season that saw him with the lowest scoring profile since entering the NHL in 2010. To the naked eye, that’s not a great scoring total for someone who played 70 games in the regular season.

The centre of the storm is about the amount of money the Sens would have to pay out to Stepan. He’s in his last year of his deal which he signed in 2015, and the cap hit on him is $6.5M. Except, the Senators don’t actually owe Stepan that amount. They will pay him $2M. A team like the Senators couldn’t care less about cap hits, they care about actual salaries being paid out players. Cash value. Do you see what I’m getting at here?

The Senators knew they had to hit the cap floor in time for the new season, and the contract of Stepan was a piece to conclude the puzzle. They also only pay him two-million-dollars since the Coyotes already paid his $3M signing bonuses earlier this year.

Now, that’s not to say the Senators won’t be using Stepan this season. After all, they floated a second round pick the other way to acquire him.

Depending on how the Sens use their pool of prospects this year in terms of who sees NHL ice-time, Stepan could be a guy that sticks around in a top 6 role for the majority of the season before the deadline. There’s my “bold” prediction – Stepan gets flipped at the Trade Deadline. Before that though, the plan for Stepan will probably include him playing a handful of minutes on a nightly basis, and special team responsibilities too.

The Senators will be playing in the “North” division come the new season, where they’ll see their fair share of the Toronto Maple Leafs, Calgary Flames, Edmonton Oilers, Montreal Canadiens, Vancouver Canucks and Winnipeg Jets. Before you ask, I didn’t list them in how I think the division will play out. Relax Jets fans.

The Assets Sent Away

I write “assets” but really it was one asset the Senators gave up in this deal – a 2021 second-round pick they acquired from the Columbus Blue Jackets on Feb. 23, 2019 which landed them Anthony Duclair.

Some fans took to Twitter to express their frustrations over what they think is a reach for a player on an expiring deal. And I understand where they’re coming from. A second-round pick can be argued is a steep price for a player who probably won’t be with the team all year long. What if the Senators flip him for more? Maybe. Nonetheless, it’s still a risky gamble to take on if he gets injured or underperforms and his stock drops significantly and I can understand the skepticism.

Although, even though they gave up a second rounder for Stepan, the Senators still have another 2021 second-round pick left besides their own in 2021 from the Erik Karlsson deal.

Listen, the Stepan deal will tell itself over time. Maybe it was an overpayment, or maybe Pierre Dorion flips him for more assets in return. The only thing that should be concerning is: Will we see more young players in the line-up this year with all of this veteran presence signed through free agency or acquired via trades?