Should the Sens trade for Lafrenière? Ft. Craig Button 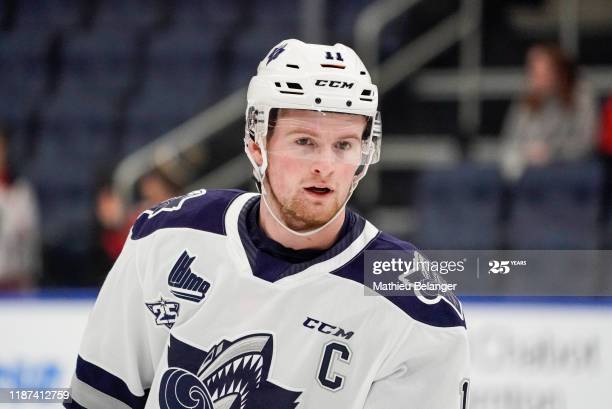 After the NHL’s play-in round concluded, the phase two lottery was finally completed and the New York Rangers won the rights to the first overall pick. This will most likely result in the Rangers selecting consensus top prospect, Alexis Lafrenière. With the plethora of draft picks and assets the Sens have right now, speculation has been running wild about the possibility of the team trading up for first overall, which is not uncommon for this time of year.

While possible scenarios and hypothetical trades have been thrown around left and right, it seems as only Sens fans are asking does this even make sense?

Ridiculous trades like this keep on getting thrown around and picking up traction. Eugene Melnyk was quick to shut down these rumors as he said “the idea of trading our third and fifth picks for the No. 1 pick is nonsensical,” in an article by Bruce Garrioch.

While as of right now it seems like all of this is just rumors in the wind with no traction, stranger things have happened in Sens land over the past decade. The team certainly has the assets to pull off a move up the draft board, but is it worth it? To answer the question, I enlisted the help of TSN’s Craig Button for some more knowledgeable insight on this draft and where the value lies.

“Going back 10 years, we’ve put Lafrenière behind the three M’s, McDavid, MacKinnon and Matthews. For first overalls, he falls into that next category of player. I think he’s the best player in the draft but he’s not McDavid, he’s not Crosby, but I think he’s a star player,” said Button.

Comparing Lafrenière to the rest of the field Button said, “with three and five, you’re getting high quality players. That means a first line player, whether that’s a center or a winger, a number one defenseman in either Drysdale or Sanderson, and if you want a goalie Askarov is a number one franchise goalie in my view. Any of the top prospects in that range, [the Sens] are getting a high quality top line player.”

Button said, there is no gap in quality of Lafrenière compared to the combination of players the Sens will be able to select at three and five, “you’re getting two high quality players instead of one, three and five is way better than having first. I’d absolutely consider having three and five more valuable than first, it’s not Mario Lemieux or Connor McDavid or Sidney Crosby.”

When asked if he would make the move of trading three and five for first overall if he was GM of the Senators he said there was no way, and emphasized someone would have to vastly overpay for those two picks if he was to even consider it.

Based on the past ten years of drafts and how first overall has turned out compared to third and fifth combined, as well as Craig Button’s arguments against trading the picks I have to lean towards the side of not trading up for first with three and five. The Sens will have the opportunity to select some potentially elite players with those picks that will greatly help the rebuild. What do you think the Sens should do with their picks? Let us know in the comments or on our Twitter!