Lack of discipline proves the demise for Atlético Ottawa 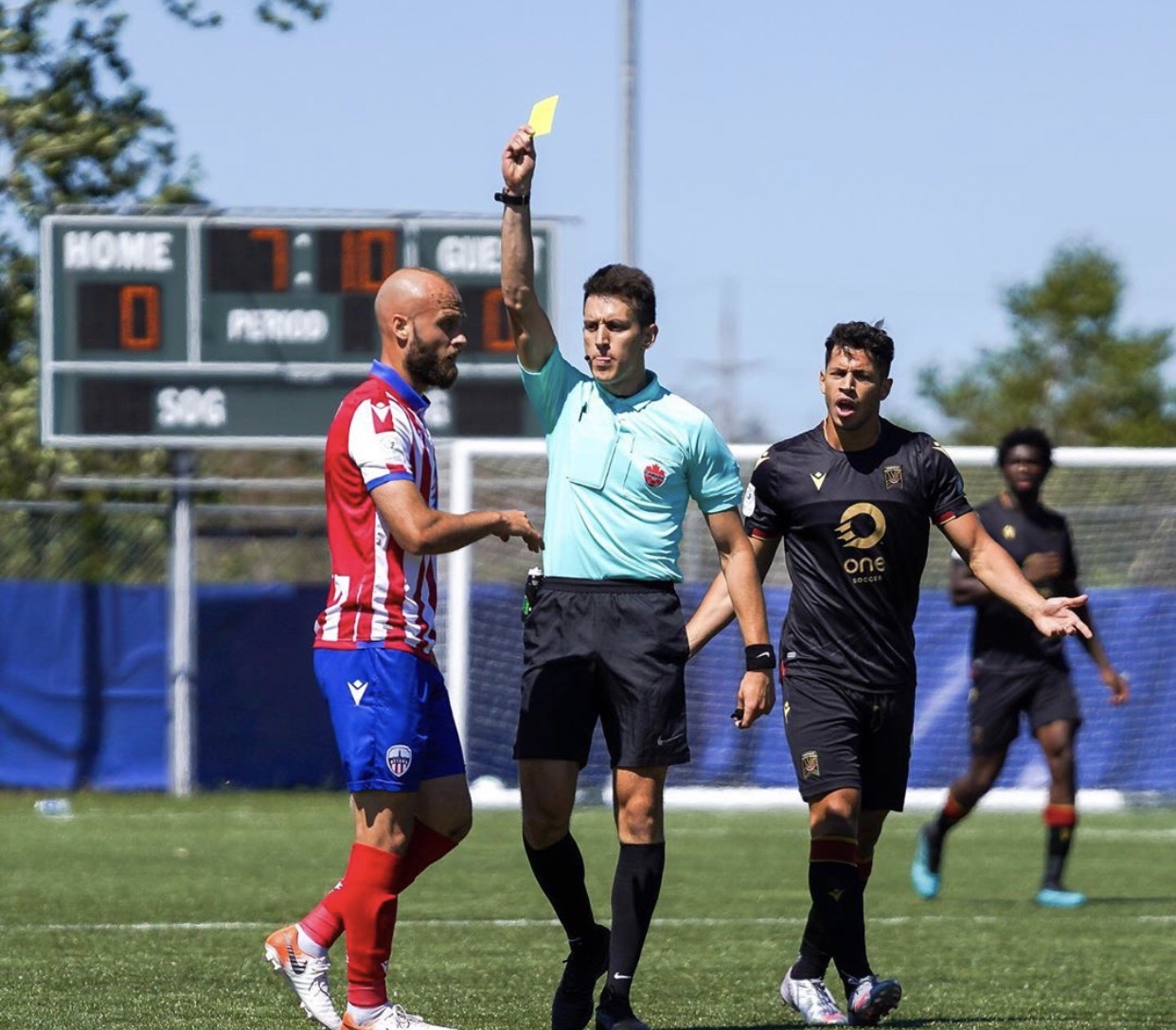 Lack of discipline reared its ugly head once again in Atlético Ottawa’s 2nd ever game as they took on Valour FC. With Vashon Neufville serving a one-game suspension, head coach Mista had to change the lineup a little by bringing on Kourouma and McKendry. If fans were looking for a repeat of the first half from the game vs York, they were quite disappointed as Ottawa preferred to sit back in this first half and invite pressure from Valour. While Kourouma was trying his best to fill the gap on the left side, it was quite evident that Neufville was missed as almost all of Valour’s first-half opportunities came from that side. If it wasn’t for Nacho Zabal’s heroics, Ottawa could have been down 4-0 in the first half alone!

Atlético Ottawa came out much stronger in the second half and had a flurry of chances, with Ben Fisk hitting the post early on. However, this would be the closest Ottawa would get to scoring as once again for the second straight game, Ottawa received a red card from a second yellow and had to finish off the game with ten men. Valour proceeded to score four unanswered goals to hand Atlético Ottawa their first-ever beating.

Lack of discipline is the biggest storyline from this game. In the 7th minute of play, Milovan Kapor NFL tackled an opposing player and received a yellow card. It was a very unneeded tackle early on and it proved to be disastrous as in the 63rd minute he fouled an opposing player again, but this time in the box. He received his second yellow of the game and Valour would proceed to score on the ensuing penalty.

This is the second straight game that Ottawa has had to finish with 10 men and it has dropped them points already. While playing 11v11 Ottawa has yet to concede and has a total score of 2-0. However, while playing a man down, Ottawa is 0-6. Valour could not score a goal until the 63rd minute and the way Ottawa was playing, it was looking like they could snatch a victory. For a team that has a severe lack of depth, if this lack of discipline continues, this will be a very short tournament as we keep throwing games away with avoidable mistakes.

Antoine Coupland made his first appearance in the Canadian Premier League and that shows a lot for the confidence Mista has in this young star. The biggest positive, however, was the play from Nacho Zabal. If anyone was questioning his age, he proved everyone wrong with his spectacular saves today. The team owes him a nice dinner for even keeping the score at 4-0 because it could have been much worse. Having a great goalkeeper is a fantastic foundation block for a team. Hopefully, he won’t have to be as active in future games.

It was a decent game up until the red card. I personally thought that Ottawa was playing too deep and was allowing too many opportunities. For a team playing with that many men deep, Valour was getting way too many open chances inside the 18-yard box, and it appeared the defenders didn’t know who was covering who. It’s evident that the lack of game practice is the reason behind this. When Ottawa did decide to go forward and attack, they looked very dangerous and had some glorious chances. Moving forward to the Edmonton game, I am not too worried. Ottawa looked pretty decent in these past 2 games and have only dropped points because of lack of discipline. If we are able to finish the game with 11 men, I strongly believe we can send our good ol’ buddies out west home crying.

We move. Onto the next game. VAMOS OTTAWA.