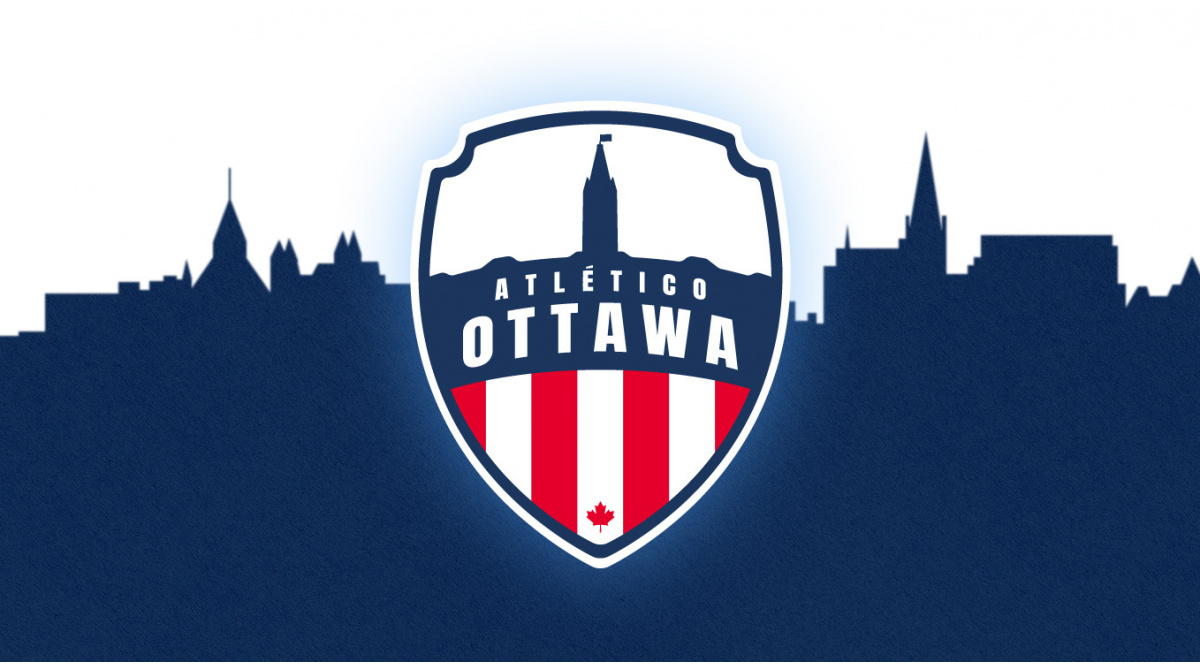 On Thursday, May 28, Atlético Ottawa unveiled their Home Kits to the public and received a lot of positive feedback. Alongside the kit unveiling, Atlético Ottawa released the jersey numbers for all 14 players that are currently signed. For fans wondering what name and number they should get on their own jerseys, here is a roster summary for all 14 players currently signed:

The 33-year-old Spanish goalkeeper came up through the youth ranks of Spanish club CA Osuna and played for their reserve team from 2006-11. After 2011, Zabal would bounce around other 3rd Division Spanish, clubs with CD Calahorra being his most recent team. Zabal’s 247 career appearances will surely benefit Atlético Ottawa in goal.

This 20-year-old began playing soccer at a young age in his hometown Calgary, playing for a number of clubs before taking a massive leap of faith and moving to England to play for West Ham United Academy at the U-12 level. He eventually made 25 appearances in the U-18 Premier League before moving back to Canada in 2018. In Canada, he would play one season for TFC II before transferring to Cavalry FC. Last season the right-back/wing appeared in 18 league matches, playing 1274 minutes. This young player will be one to watch on this Atlético side.

This 25-year-old has a ton of experience already in his soccer career. Starting in the TFC Academy, Brandon would join the German side FC Erzgebirge Aue where he played for their U-23 side. In 2016, Brandon joined Seattle Sounders II where he appeared in 9 games before tearing his ACL. The next year, Brandon joined League 1’s Vaughan Azzurri before signing with USL League 2’s SIMA Águilas in 2018. Brandon John spent 2019 with Orlando City B in USL League 1. In his 3 seasons in the USL, Brandon John has appeared in 19 matches, playing 1391 minutes. Now, based on his career trend, this will most likely be a one-season stint with Atlético Ottawa, so hopefully, he will be able to shore up the defense.

This 23-year-old Spanish midfielder has spent his career in Spain’s second and third divisions with his most recent club being Gimnastic de Tarragona. He has 24 appearances under his belt and at a height of 6’1 “Viti” will look to become a central role in the midfield.

The 23-year-old Ghanaian native was able to move up in his academy ranks and play for his hometown’s team: Accra Great Olympics in the Ghana Premier League. In 2017, he tried out for Eredivisie side Willem II, but he did not make it. However, a couple of months later he would sign for Westerlo in Belgium’s First Divison B and would spend the next 2 years bouncing around on loan, between Belgian First Amateur Division and their Third Tier League. He has now obviously signed with Ottawa, with 15 pro games and 2 goals under his belt. Bernardinho brings pace to this Ottleti side and he jokingly compares himself to Arjen Robben.

Acuña has spent his entire career in Mexico. Playing in 4 different leagues (Primera División A, Mexican Primera División, LIGA MX, Ascenso MX), Acuña has tallied a total of 226 appearances and 21 goals under his belt. He is now looking to help generate offence in Ottawa, and with a nickname of “El Messi”, Ottleti fans should be excited for this player.

Ben Fisk, Ottawa’s first signing, started his career off in his hometown of Vancouver, British Columbia, where he played in the Whitecaps Youth system. In 2013, he was loaned to Charleston Battery in the USL before returning to Vancouver and being called up to the main squad. He would spend the next two years in Spain playing in the 3rd and 4th division before returning back to North America. Ottawa Fury fans will remember Fisk in Edmonton FC as he played for the Eddies for 2 seasons before signing for Derry City in League of Ireland Premier Divison in 2018. In 2019 he returned back to BC and signed with CPL Franchise, Pacific FC where he made 24 appearances and scored 6 goals. Fisk will be looking to bring his experience to this Ottleti side.

Antoine Coupland, the hometown native, is the youngest player on the roster at an age of 16. Coupland signed his first professional contract with the Ottawa Fury in 2019 and quickly became a fan favourite. His speed and toughness on the field stood out right away and he never backed away from his opponents. He’ll be looking to use that speed this season to terrorize the league’s defenders.

The 22 year Quebec native last played for the Montreal Impact academy in the PLSQ, where he made 22 appearances in 3 seasons. Djaozandry was last on trial with the Ottawa Fury, so there is an existing connection with the city of Ottawa. Despite not playing for any professional clubs, Djaozandry has been on the radar in Canada soccer since he was 17 and he will be looking to prove himself with Ottleti.

The 20-year-old Mississauga native moved up in the Toronto FC Academy ranks and eventually played for TFC II in 2018 in the USL. From there, Second Division Danish club FC Helsingør would sign Dada-Luke to a 3-year contract, but in January Dada-Luke would leave and eventually sign with Ottawa in March. Kunle will be looking to bring pace down the wings for his new club.

This Jamaican international spent close to 6 years in Jamaica’s top division where he made 115 appearances which included a 90-minute performance in the CONCACAF Champions League. At a young age of 23, Shaw will try to build off his career total of 120 appearances in an attempt to hold down the midfield against opposing threats.

Ajay spent his entire career in Edmonton, playing for Edmonton FC Academy. He would go on to make 63 appearances for the University of Alberta before signing with Edmonton FC for the inaugural CPL season. Ajay Khabra is a solid player with 24 appearances and 1730 minutes in the CPL. The experience in the CPL should give him an advantage on the team.

Gomes moved from his hometown of Kitchener to Portugal back in 2008 as a teenager where he would play for various FC Porto youth teams before playing professionally in Portugal’s 3rd and 4th divisions with a couple of stints in Spain and Scotland. Ricky Gomes is finally returning home to play professional soccer in his home country, and he is hoping to bring his international experience to Ottawa.

No soccer team is complete without at least one player with a British accent and Vashon Neufville is that man! The soon to be 21 year old transferred from Chelsea Youth academy to West Ham back in 2012 and he would stay there until 2019, where he was loaned to Newport County who plays in League 2 (4th Divison) in England. He made his pro debut in the FA Cup against Leicester City where they won 2-1. He was released by West Ham at the end of 2018-19 season and Neufville has now signed with Atlético Ottawa where he will look to shore up the defense.