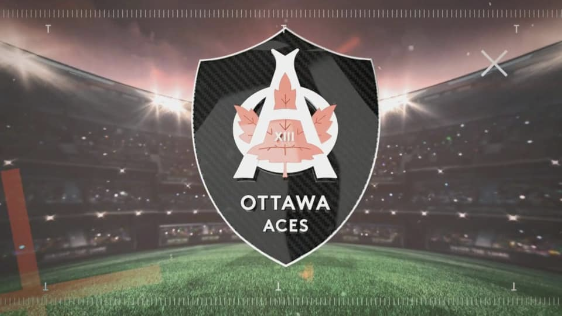 A fan’s perspective by Alan Taylor

A few months ago, I had the unique opportunity to attend the press conference launching the Ottawa Aces and with that, writing a new chapter in Canada’s Rugby League history. Thanks again to Eric Perez and Gareth from the Howlin Hour Podcast for the unique privilege.

As I travelled from my home not knowing what to expect, as I sat there deep beneath the bowels of the South Stand at TD Place waiting for the press conference to begin. After hearing snippets of what to expect moving forward there are some questions to be answered.

Firstly and most importantly what will the team be called, has a flight partner been found going forward. Also do we have a coach after a late Saturday morning article  linking former Catalan Dragons coach Laurent Frayenoussis with the fledgling club.

A lot will ask what makes Ottawa so different to Toronto in relations who will come out to view the new team. Ottawa has two very distinct communities within its boundary and also the surrounding area. Both the French and English communities are very distinct with each having their own Newspapers and TV Channels.

A prime example here is the CFL’s Ottawa Red Blacks, the French population in the city tends to lean more towards the Montreal Alouettes.

The team will have to push hard to bridge a divide that has traditionally been a problem in the past. Also with Ottawa located just across the river from the City of Gatineau Quebec, you will have two markets that will need wholly different approaches.

The name of the club translates easily from English to French and coupled with the new Basketball team being called the Ottawa Blackjacks. As Eric himself said “You cannot have BlackJack without Aces” so you could tell that the name was thought through to have a connection with the other teams in residence at TD Place

The team name translated into French would possibly be:

Convincing some players to take a leap of faith from Superleague teams would be a great asset, for example Morgan Escare and Hakim Miloudi then they will become special ambassadors for the team in La Belle Province.

TD Place is a very imposing stadium and acoustically is very good for bouncing sound around one of the arguments against the stadium is that it is too big. One thing that truly deadens the atmosphere at Wolfpack games is the open stands. The sound disappears into the sky whereas the enclosed nature of TD Place will help create that unique atmosphere.

Rugby in the city is played mostly on an amateur level and for the most part is Rugby Union. Until last season, a small but very supportive group, including myself, would make regular trips down the 401 to support the Toronto Wolfpack. Moving forward, Ottawa now becomes my main focus. My season tickets have been purchased!

From a fan point of view it was difficult to see which path will be selected moving forward. With some fans on Social Media showing the belief that a quick sprint to Superleague is needed to keep the fanbase engaged. Eric has maintained that the team will be based here in Canada fulltime and that there will also be an Academy team as mentioned at the press conference. With only the pre-season spent in the UK and the early season games after that. I feel that a slower more build it right approach is the definite way to go. It is tough to see why the club would need promotion to keep the fans attention in Ottawa as this is not the same packed market of Toronto. I was involved in a conversation on Twitter and I put a conservative timeline of six years to allow it to be built correctly to show the club can grow sustainably over time.

There are questions that still need to be asked. Will the Aces entry into League 1 have the same stipulations as Toronto with the team having to provide accomodation and flights for all teams? There was no announcement of any deal being struck. It’ll be interesting to see how Ottawa goes about getting teams to and from the UK, with Ottawa Airport being little more than a small regional hub. With Toronto’s Pearson International Airport and Montreal’s Pierre Elliott Trudeau International Airport being the main hubs for Canada’s east coast for international arrivals and departures. Direct flights to Ottawa are only seasonal during the summer months and end before the season comes to a close.

Finally and most importantly the players to be recruited by the team will early on be predominantly be from the UK. Though with regional competitions in Ontario, British Columbia and Alberta I believe that open tryouts would be a good idea. I have a facebook page dedicated to the team and I know there are players who would love to have shot at making the opening day roster. Coupled with that, the CFL dream will end for a large portion of the players in university at the CFL Draft. So with the promise of an Academy team, younger players will have a chance to develop and, once the Aces gain promotion from League 1 and the Championship they may well be in a much better position to shoot for survival in their first season should the Superleague chance present itself.

The future is bright if done correctly, let’s watch this space.