Senators numbers through the years Pt 2 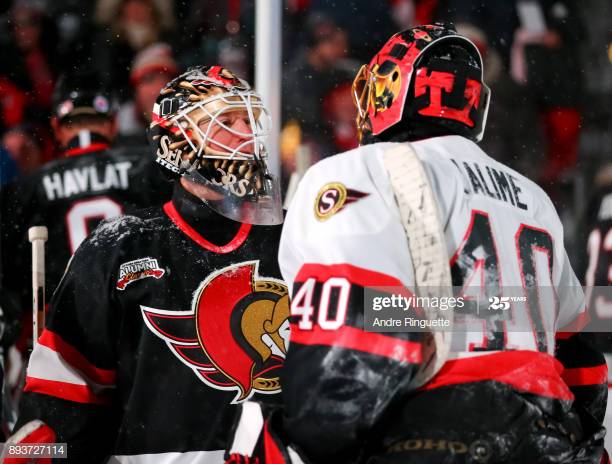 Welcome back to part 2 of this mini quarantine series. Last week we went through numbers 1-25. This week we will be going through numbers 26-50. *Note* Total games played, Total Wins and Total points are for regular season only*

This was a tough number to give out as no player really stood out. So I went to twitter (@613_sports) to ask the fans. Vaclav Varada won the vote, but I must give a shoutout to Erik Brannstrom as he got a lot of side votes. It’s no doubt that Brannstrom will be on this list one day but as of now, Varada just edges him out. Vaclav Varada played in Ottawa for 3 seasons, playing a total of 117 games and racking up 39 points.

Todd White wore this number the longest in Ottawa and since he is an Ottawa native, this number will be reserved for him. White played in Ottawa for 214 games and finished with 139 points.

New Sens fans won’t remember this man, but Igor Kravchuk holds the #29. Kravchuk played in Ottawa from the 1997-98 season to the 2000-01 season. During his 4 seasons, the defenceman played 239 games and tallied 84 points

This number was a goaltender duel as Andrew Hammond, Brian Elliot and Ben Bishop all wore this number at one time. So I went to Twitter once again, and Ben Bishop ended up getting 50% of the vote with Andrew Hammond coming 2nd with 37.9% and Brian Elliot with 12.1%. HOWEVER. The voters are wrong. People voted Ben Bishop based on how he plays now. He only played 23 games in Ottawa before being traded off. So he’s out of the picture. Next up, with Andrew Hammond, that spectacular Hamburglar run has helped with his popularity. However, since that run, he hasn’t done ANYTHING. Therefore, this leaves us with Brian Elliott. Drafted by the Senators in 2003, he would go on to play 130 games spanning 4 seasons with the Sens. He won 59 games and finished with a save percentage of 0.918.

Back to back goalies on this list as Ron Tugnutt takes #31. Tugnutt played in Ottawa for 4 seasons, with a total of 166 games and a Save Percentage of 0.906 while here in the 613

Only 3 players have worn this jersey number: Daniel Berthiaume, Rob Ray and Chris Driedger. These 3 have played a total of 40 games with Daniel Berthiaume representing 26 of those games. So for the third straight time on this list, a goalie appears here. Berthiaume in his 2 seasons in Ottawa, 1992 to 1994, finished with a save percentage of 0.871. You will not believe this but in the 1993-94 season, Berthiaume played 1 minute and let in 2 goals, and was never seen in a Sens jersey again.

Jason York, the Ottawa native made his return back to the 613 in 1996, and he stayed here for 5 seasons. Playing a total of 380 games, York tallied a total of 124 points as a defenceman for the Senators

Once again only 3 players have worn this number: Darren Rumble, Shane Hnidy and Joey Daccord. Shane Hnidy had the longest career in Ottawa out of these 3, so this number belongs to him. Hnidy played 189 games spanning 4 seasons in Ottawa. The defenseman tallied a total of 20 points.

Janni Hurme, drafted by Ottawa in the third round in 1997, wore this number for 3 seasons, playing a total of 48 games. This goaltender finished with a save percentage of 0.902.

After his first season in Ottawa, Colin White changed his number to 36. This first-round draft pick has created a lot of discussion in the Sens universe, however he has finally cemented his role as the #1 Center for the team. As of now, White has played 155 games spanning 4 seasons, where he has tallied a total of 70 points.

This is another unpopular number as Dean McAmmond is the only player to wear this number for more than 1 year. McAmmond played in Ottawa for 3 seasons, playing a total of 193 games and tallying a total of 58 points.

If this player was a rapper he would be named Young Dolf. Rudolf Balcers edges out all the previous players to wear this number to appear on this list. Balcers has played 51 games in Ottawa spanning 2 seasons. The left winger (not the political kind) currently has 17 total points.

Good ol Matt Carkner. He was like a second Chris Neil to us and opposing teams hated that. Matt Carkner played a total of 161 games spanning 4 seasons. The defenseman finished with 21 points

Two players come to mind when thinking of this number: Patrick Lalime and Robin Lehner. Lalime will always edge out Lehner however, with his 283 games played spanning 5 seasons. His 146 wins and his 0.908 save percentage earns him the #40.

Craig Anderson. There is a lot of discussion surrounding Anderson of whether his number should be retired or not. The keyword is “his number”. Anderson has been in Ottawa for 10 seasons playing a total of 435 games. In his time in Ottawa, he has played through tough times such as his wife, Nicole, battling and beating cancer. Right now, there are a lot of Sens fans who believe his time in Ottawa is up, while others believe he deserves to leave on his own terms. Whichever is the case, no one can take away the fact that his 202 wins and 0.917 Save percentage, and his countless incredible playoff performances have cemented his place in Senators’ history.

This number goes to a man that only played one season in Ottawa (It was a long season to be fair), Tom Preissing. Preissing played for the Sens in the 2006-07 season, playing a total of 80 regular-season games and 20 playoff games. This defenceman finished with 38 points on the season and 7 points in the playoffs.

Peter Regin played for the Sens for 5 seasons. However, he only wore #43 for his first two seasons. In these two seasons, this Ottawa 3rd round draft pick played 86 games and tallied a total of 31 points before switching to the number 13.

The hometown hero who was traded for an incredible return holds down this number. The man who was known as the Habs Kryptonite and the man who single-handedly beat the Rangers, goes by the name of Jean-Gabriel Pageau. Pageau, after playing for the Gatineau Olympiques, was drafted by the Sens in 2011 and would go on to play 428 games spanning 8 seasons. He would finish with 182 points before being traded to the New York Islanders.

Alexandre Picard wore this number for 2 seasons in Ottawa. He played a total of 92 games and finished with a total of 29 points

Patrick Wiercioch, drafted by the Senators in round 2 of the 2008 draft, played 211 games in Ottawa spanning 5 seasons. The Canadian defenceman tallied a total of 62 points.

Once again only two players have worn this number: Jared Cowen and Ivan Ciernik. These two players combined have played 7 games, 6 belonging to Ivan Ciernik. To be fair, Ivan Ciernik did play 23 more games for the Sens as #24 but as #48 he tallied 2 points in his 6 games.

Another Picard appears on this list: Michel Picard (no relation to Alexandre Picard) played for the Sens from 1994 to 1996, wearing this number for 41 games and finishing with 21 points.

To wrap up this week’s article we have a fan favourite player that goes by the name of Patrick Sieloff. Yes, the man who basically ended Clarke MacArthur’s career appears on this list by default because he is the only player to wear this number for the Sens. His 1 game played and his 1 point was enough to cement himself currently as the best Ottawa Senator to wear #50. Typical Ottawa Senators fashion.