Setting up the Ottawa 67’s Offseason 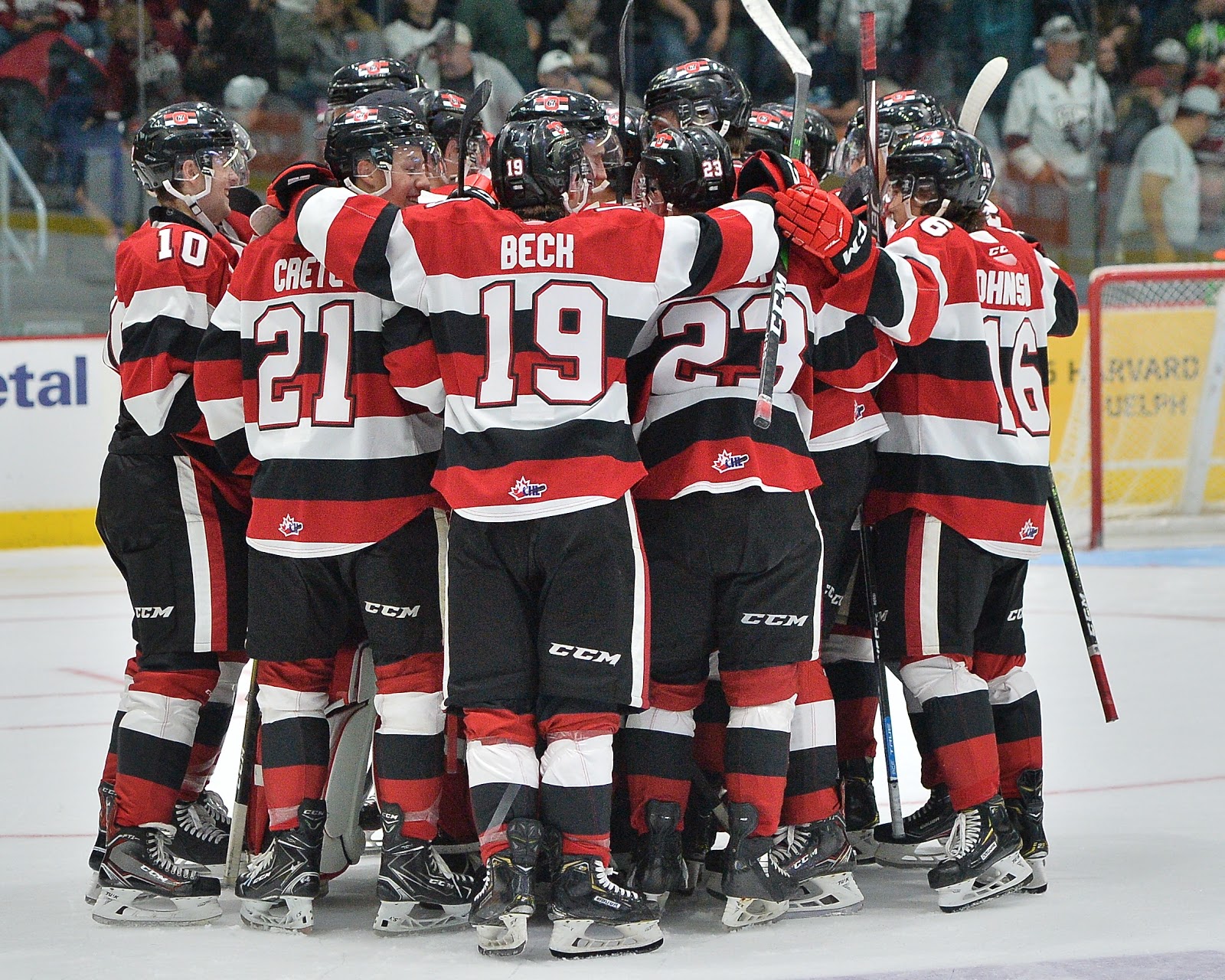 After two of the best seasons in franchise history and falling just short of the Memorial cup in the 2018-19 season, the Ottawa 67’s are heading into an offseason that could impact them for the next handful of years.

There will be many key decisions to be made during this offseason, but barring something completely unforeseen, Andre Tourigny and James Boyd will be back as the head coach and general manager respectively for the 2020-21 season. This is huge for the 67’s. The team has been successful under this regime, and that consistency will have an impact on the 67’s going forward.

The next thing to look at for the 67’s is who will be leaving the roster come next season. The 67’s will be waving goodbye to their three overagers in Austen Keating, Joe Garreffa, and Noel Hoefenmayer. Potentially the biggest name who will be moving on from the team is NHL draft eligible, Marco Rossi who has announced that he will be going to Europe if he doesn’t play in the NHL next season.

Another key is looking at the players who will be entering their overage season. That list of players include Mitch Hoelscher, Felix-Antoine Tourigny, Daylon Groulx, Merrick Rippon, Nikita Okhotyk, Kevin Bahl, and Cedrick Andree. Six of the seven players who will be overagers spent the season being significant contributors to the 67’s, but as per the OHL rule, only three overagers may play at any one time. This means the 67’s will need to move on from at least four of these players. Here is a look at how the roster looked when the 67’s were at full health last season.

Projecting what the 67’s will do with those overager spots is difficult, especially given this time, but it does make it slightly easier to know that Kevin Bahl will almost certainly be playing in the AHL come next season, if not the NHL. This will bring the number down to six, leaving three very tough choices.

Here is where things get a little foggy. I would expect the 67’s to hold onto Cedrick Andree unless they get an offer that blows their socks off, but with the start of next season in doubt, I don’t think that happens. I would also expect the 67’s to keep one of Merrick Rippon or Nikita Okhotyuk, but there is a chance that Okhotyuk follows Kevin Bahl to Binghamton for the AHL season. This leaves the 67’s with one spot left.

The 67’s will need to choose between Mitch Hoelscher, Daylon Groulx, and Felix-Antoine Tourigny. In all likelihood, Tourigny will be released and go back to Jr. A, or be looking at USports options, but for the other two, it could be different. There is a possibility that Hoelscher goes to Binghamton aswell, but I personally don’t think he is 100% ready for that. Groulx was acquired at the trade deadline by the 67’s for a couple of draft picks. Both players are solid, but I think this one might not get resolved quickly. You can have more than three overaged players on the roster, they just can’t play. We could see a situation similar to the Kitchener Rangers last season where Garreffa returned from the AHL. I can’t choose either way here, and it might just come down to who is around or who brings more value via trade.

Moving away from the returning players and looking at some of the players the 67’s brought in via the draft, there are some players who will likely step in and play right away. This year, Nicholas Moldenhauer was selected in the first round, and he will make the roster in my humble estimation. In previous drafts, players like Teddy Sawyer and Brendan Sirizotti were picked and will likely be on the roster full time next season. We could also see names like Brady Stonehouse, and Ranvir Gill-Shane make the full time roster, and become contributors.

OHL offseasons are tough to predict, but since I made predictions all through the season, I thought I would take a shot at predicting the 67’s lineup for opening night, whenever that may be.

I built this based on the overagers who I thought would remain on the team, and assumed no players would be added via trade this offseason. I won’t explain too much of my thought process about the line up, but rather make a prediction about players who will be leading the team.

Going into next season, I fully expect Graeme Clarke and Jack Quinn to be the statistical leaders, but they won’t be able to win games alone, they will need others to step up and play to their potential. Players like Jack Beck, Cam Tolnai and Thomas Johntson should all produce more this season than last, and they should become important pieces to an otherwise gutted roster. The place where I am confident the 67’s are set is on the back end of things. The defence, despite losing Kevin Bahl, Noel Hoefenmayer, and Nikita Okhotyuk in my predictions are solid as possible.

Another place where 67’s fans should have their attention is the goaltending. It seems likely to me that unless the 67’s pull off some kind of miracle and are in the top three in the east before the trade deadline next season, Cedrick Andree will play the end of his junior hockey career in a different uniform. It’s obvious that Will Cranley would take over the starting spot, but who would come in as the back up?

“If something were to happen to Andree or Cranley, I would keep an eye on Max Donoso,” said 67’s scout Tristan Whitley.

“Cameron Korpi and Colin McKenzie are both great 04’s too. Cameron was great on a strong Little Caesars team, and McKenzie stole a series for Waterloo in the playoffs this year,” said Whitley.

I would expect to see Donoso before either Korpi or McKenzie, simply for the reason that Donoso is a 2003 birthday. The goaltending position could change rapidly for the 67’s, but camp will go a long way in deciding who is at the top of the totem pole for who is the next man up.

Overall, the 67’s don’t look too bad on paper going into next season, but the team will take a step back, and it will be sizable. With the roster that I built above, I would expect this team to finish no higher than 4th in the east, but no lower than 6th in the east. This won’t be the worst version of the Ottawa 67’s to hit the ice, but they certainly won’t be the same 50+ win team that we have seen over the past two years.

This is a season where there will be growing pains, but the defence is full of young players who have already shown to be talented OHL defenceman, and the goaltending is solid for the time being. The offence will need some work, but the young players will take steps to becoming the leaders of the team. Players like Moldenhauer, Sirizotti and Stonehouse will all be getting their first taste of OHL action. Those names could be the future stars for another Memorial Cup team.

There is plenty to be excited about for this young 67’s squad, and the future is once again bright. When we can finally be back in the arena, I hope to see you all there! For the time being, we hope you are keeping safe in these times.