Ontario Allows Facilities to Open, but Don’t Get too Excited About it 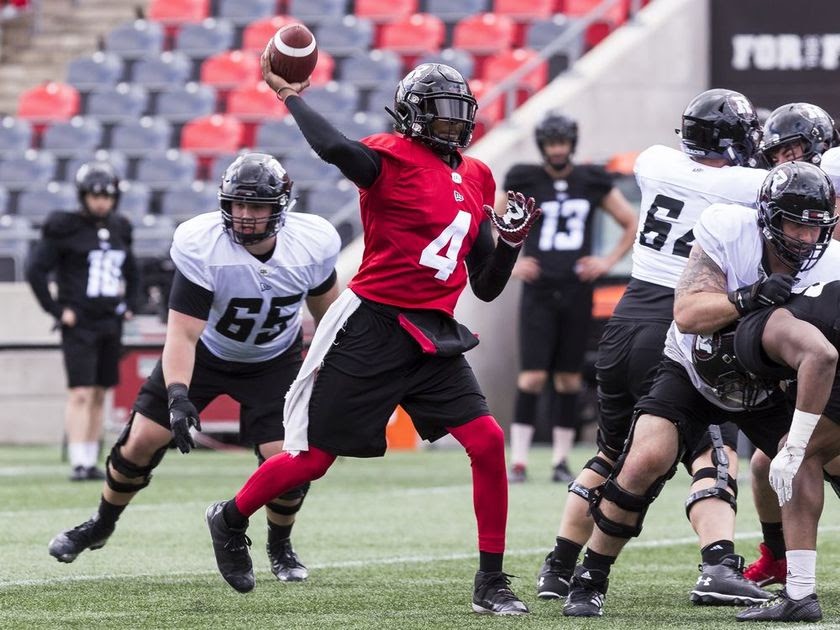 While this is a step in the right direction for seeing the CFL return to playing football in 2020, we are still a long way away from kicking off the season.

“It is very limited,” said Mark Goudie, the CEO of Ottawa Sports and Entertainment Group.

“Teams need to send their plan to the local health authorities to get approved,” said Goudie.

The teams must adhere to the health protocols that have been put in place. During the player’s time in the facility, he must physically distance himself from any other person in the facility. It has also been mandated that any gathering must be a small group.

“For TFC, they can only have four players on the field in quadrants and are not able to leave their quadrant or pass the ball to each other,” said Goudie.

These guidelines are very restrictive on what a football team can do to prepare for the season. Not being able to pass a ball to one another would eliminate most of the drills that could be run, and being distanced from others also complicates matters for teams.

The other part that makes this an issue for teams and the Redblacks, in particular, is the number of players who are currently able to get to the facilities to work out. Many players are living in the United States or outside of Ontario, leaving them little to no chance to make it to Ottawa.

“For us perhaps it means that local guys can start using the gym by appointment and doing stuff on the field by themselves.  Really would only apply to our 12 or so local guys,” said Goudie.

This is good news for the 12 players who can return to the team facilities to work out and have better equipment available to them, but it doesn’t change much regarding the CFL season.