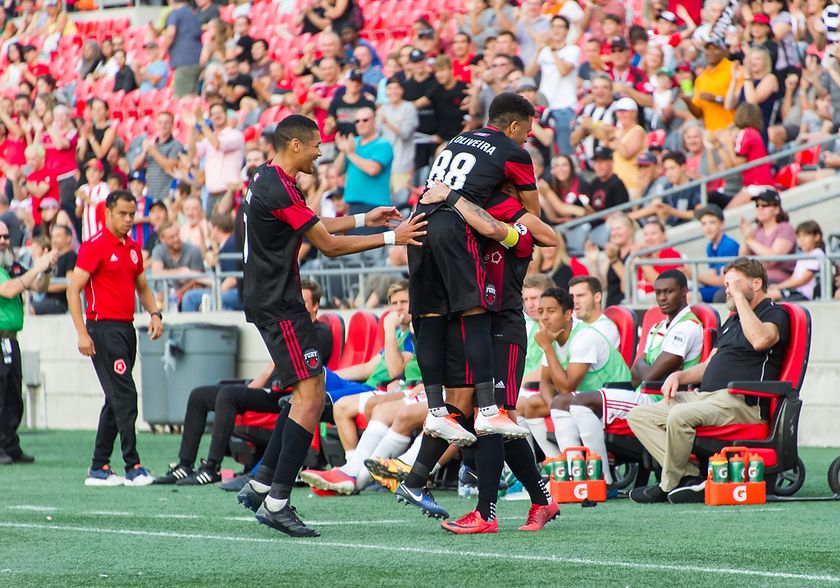 Near the beginning of the season, I dared to ask the question: “Are the Fury the best sports team in Ottawa”? Well after last night’s victory I believe the question has been answered. The Fury are playoff-bound for the first time since 2015.

After a 90th minute winner by Kevin Oliveira last night vs Swope Park Rangers, the Fury have clinched their first-ever USL Championship Playoff appearance. Most likely, Ottawa will host a Wildcard match on the 23rd of October. If they manage to win that, they will play 3 days later in the first round of playoffs. However, Ottawa is only 3 points off 6th place. Finishing in 6th will grant them a Wildcard bye and automatically place them in the First Round! There are 2 games left so standings aren’t set in stone, but the real important news is that Playoff Soccer is back in the Nation’s Capital.

The last time the Fury were in a playoff match was in 2015 while still in the NASL. Since then the Fury have switched leagues and have been in conversation, but never got back into that playoff berth. However, there is no longer a need to wait as the Fury are back. This is huge for not only the team, but for the local soccer community in Ottawa. Fury has spent the past couple of seasons really focusing on growing the game in Ottawa through local club soccer. Kids have been attending games throughout the season and many have noticed how the atmosphere has improved because of this. A playoff run will really help inspire these young kids and hopefully turn them into lifelong fans of the game and the team. At the same time, this playoff run can really help market this team in Ottawa. Ottawa sports fans are in a sad state right now with the Senators and Redblacks both not having good results. A positive playoff run is exactly what this city needs and the Fury are ready to deliver. All it will take is a couple of entertaining games and new fans will be brought along.

We asked Right back Jamar Dixon last Wednesday what a playoff run will mean to the community and he said:

It’s a big deal. It’s something we’ve worked towards since I’ve come here. It’s been difficult and a tough time for the team, but this should be the year we make it (Fury hadn’t clinched a playoff spot at the time of this interview). I would love to see the fans come out and it’s good to see the kids support and it’s good for the city. Everyone knows about us now and it’s great. We are trying to grow the game in the city and be a part of it in Canada and we want to show the kids and fans that we have something special going on here

Charlie Ward was asked a similar question and he responded:

We are doing this for everyone. Everyday we work and come out on this field. We fight for each other; we are in the locker room wanting more from each other.

It is safe to assume that just making the playoffs isn’t the goal for the Fury. They want to go out there and make a statement. Personally, after watching and covering this team all season long, there is a huge chance that the Fury can have a deep run in the Playoffs, ESPECIALLY since the games are a single-game knockout. The Fury can beat any single team in the East on any given day so even if we start in the wildcard it won’t mean we have no chance.

We Fury fans have waited a long time for another playoff opportunity, and it has finally arrived. So, everyone should go out and support the team and help bring a Championship home! Tickets for the potential Wild Card game are on sale now so make sure you go buy them! You can find the link here: http://info.tdplace.ca/r/?id=h7bd0c6a7,3909fa2b,390c6450