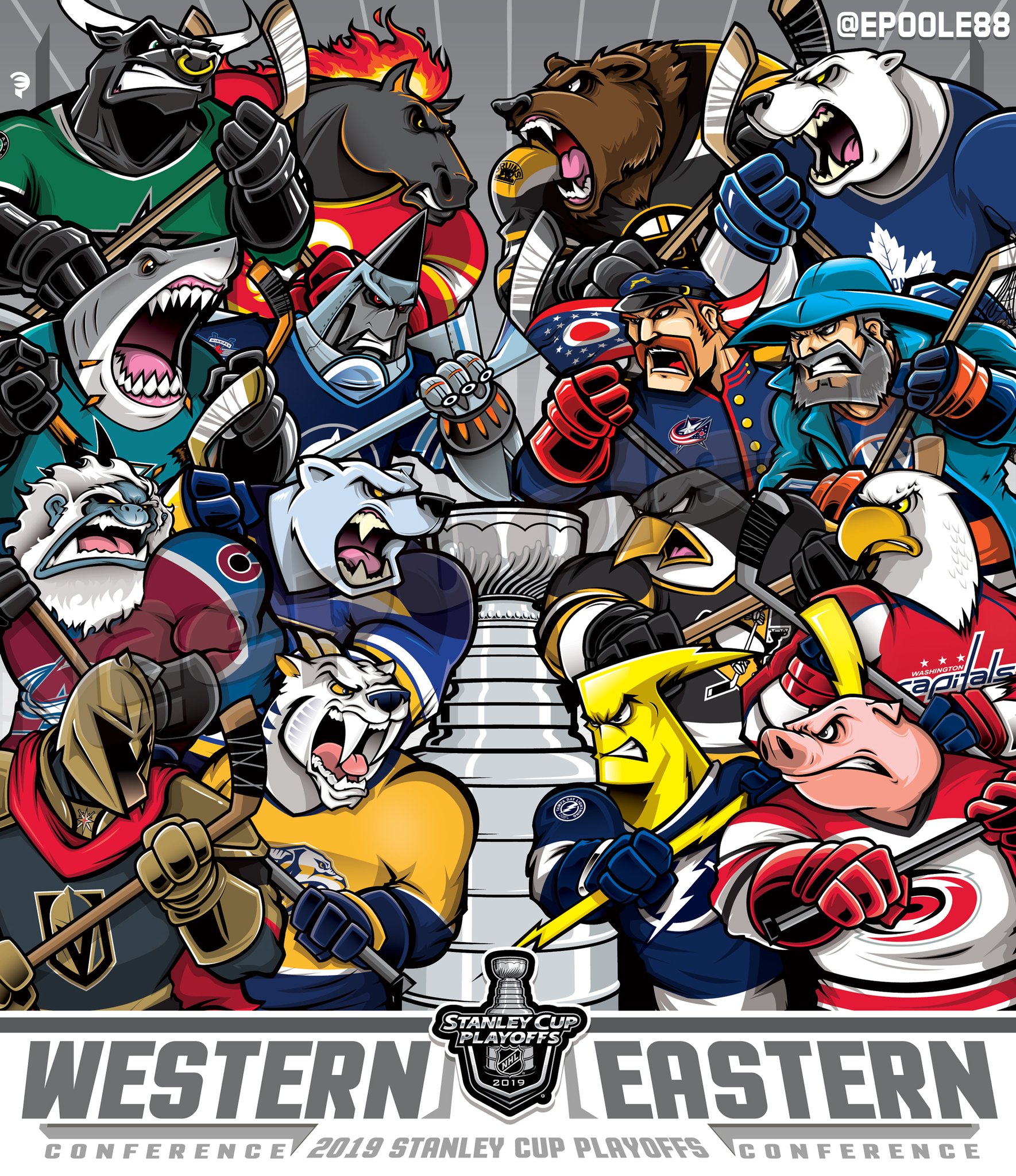 For the first time since the 1995-96 season, your Ottawa Senators have missed the playoffs in back to back seasons. For any Sens fan hoping that last season was a fluke, sorry to break it to you, IT WASN’T. We will be posting our Season review and Report cards later on this month but as for now, I have gathered a list of teams Sens fans can cheer for this playoffs based off old players or other factors. Enjoy!

In the East we don’t have a lot of former Sens (Thank God), so if that is what you base your Playoff Allegiance on you have a pretty limited amount of choices. However, cheering for the Canes would be a pretty fun ride as they hadn’t made the playoffs since 2009. Also let’s be honest, watching Don Cherry go crazy because of #BunchOfJerks is always a treat. Speaking about people going crazy, imagine if the Islanders go further than John Tavares and the Leafs? Leafs fans would probably roll up in a ball and cry all offseason. Well for that to happen, Sens fans should be cheering for a Bruins victory (Hopefully in 4) and an Islanders victory over the Penguins. Lastly, Columbus has 3 former Sens players so they are a good team to follow as well.

Tampa Bay has had a historic season and seeing them win the Stanley Cup from a neutral fan point of view would be the perfect cap to the season. As well, Tampa is technically our cousin in that they joined the league in the same year as us. Pretty interesting to see the path the two franchises have taken.

Realistically the only other team that a Sens fan should be comfortable cheering for are the Capitals. That bender that Ovechkin went on this past summer after finally winning a cup was so beautiful that no one can be mad if he wins it again this season and goes on another. So for meme-sakes… GO CAPS GO

Toronto: This is pretty obvious. Cocky, weird, mostly annoying fans who think Toronto is the centre of the universe. They think they are better than us yet we have won more playoff Series than they have in the past 10 years.

Pittsburgh: Now we can’t really put the full blame on the Penguins for this, but their Game 7 ECF Double Overtime goal against us started this whole tire fire we are in now. Because of that they can never be forgiven. Also, Crosby is annoying and so is their goal horn.

Columbus: Even though I have them listed up top as a team to cheer for, at the same time Ottawa Senators have their 2019 First Round Draft Pick. So the worse they do in the Playoffs, the better the pick the Sens get. So it’s up to you. Do you cheer for the former Sens players or our Draft Pick?

In the Western Conference over half of the teams have a former Sens player playing for them.

As one can see more than half the teams in the West have a former Sens or 67s player on there. Sadly as the VGK play the Sharks and Dallas plays the Preds, most of these teams will be eliminated after round one so as a Sens fan I would wait until after the first round before signing the bandwagon form on one of these teams.

Now there are a couple other reasons to cheer for certain teams here. If you are a fan who wants to see the cup back in Canada, you obviously have a good shot with the Winnipeg Jets and the Calgary Flames. Both of these teams are expected to go far so it would be a safe bet with pledging your playoff allegiance to these teams.

As everyone knows Colorado has the Senators first round pick which is top 4 guaranteed. Now we Sens fans can do nothing about this, but what we can do is be petty. What if we cheer for the Avs to make it to the Stanley Cup Finals and then for them to lose in Game 7 in overtime so that they get heartbroken and the 30th overall pick. Who knows maybe a Kunitz like player will destroy their team like he did for us 🙁

This leaves us with one last team in the West… The Blues. I really have no reason here that we Sens fans can cheer for them other than the fact that in November they were dead last and somehow turned their season around like this. This could be a sign of hope of us Sens fans! I guess their Organ player is pretty good as well.

So Sens fans, while we won’t be watching our team in the Playoffs, we do have many teams that have connections to us or that are just generally fun to cheer for. So get your BandWagon forms and pick a team! Enjoy the Playoffs Folks!

We are giving the winner of our NHL Bracket Challenge League a $25 Gift Card of their choosing.

WE WILL BE ANNOUNCING & CONTACTING THE WINNER ON TWITTER SO MAKE SURE YOU FOLLOW US @613_Sports. For Rules check out our Fantasy and Contest page

And you can always check our Fantasy and Contest page for new Contests!