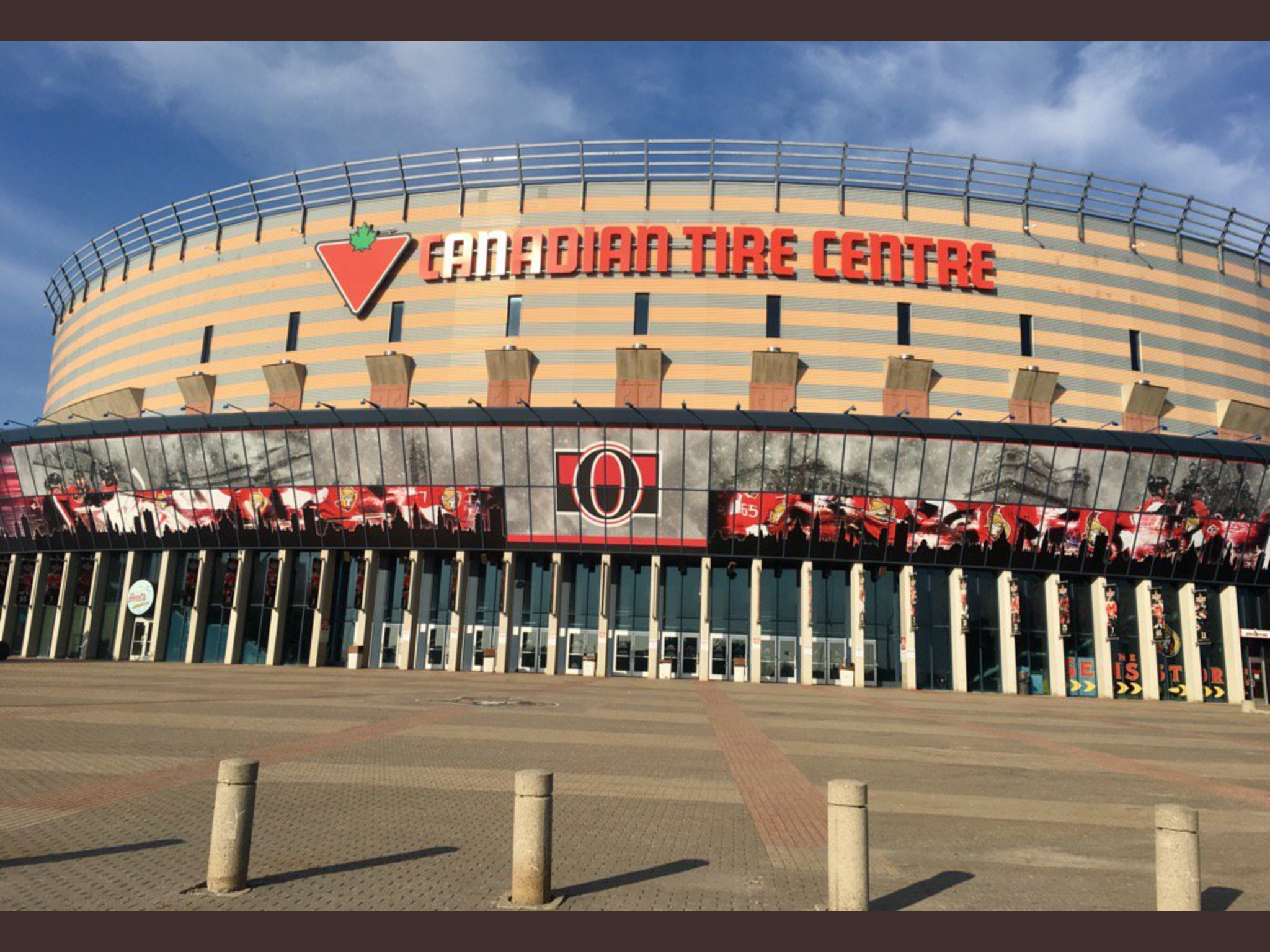 It has been a very busy and confusing offseason in the nation’s capital. This off-season the Ottawa Senators have been apparently rebranding their logo without actually acknowledging it to the fans. On the official website, the Sens changed their logo to the “O” everywhere, including the schedule and logo on the ice for the seating map. Now to seemingly confirm many suspicions, a photo has been released of the “O” as the Centre ice logo at the Canadian Tire Centre and as the logo outside the building. So the question is, are the Sens actually rebranding, or is this some elaborate scheme set up by Eugene Melnyk to promote the Heritage Classic Game?

Now if you think about it logically, it would be such a hassle to rebrand the logo now. The centurion jerseys have already been released so changing the logo now would mean creating new jerseys and shirts. Since this is Adidas’s first year, I really doubt they want this happening as all the team jerseys have already been released and they want everything to run smoothly. However the Heritage Classic Game could be a key factor in everything that is going on. Ottawa will be hosting the game December 16. With all the attendance issues this past playoff run, it is obvious that Melnyk will be making sure that TD Place is jam packed as the game will be viewed by not only Canadians but Americans too. So could this mean that all the rebranding of the logo is just promotion for the game? It is a good tactic as it will constantly remind the fans of the Game and it will create an atmosphere for it right from the start of the season. Think about it, you walk into the Canadian Tire Centre and all you see is the Heritage logo with banners and posters everywhere promoting the game. That seems like a Melnyk type of thing to do and I wouldn’t be surprised if that’s what’s going on.

I myself want the “O”, but realistically and logistically it doesn’t make sense for the Sens to be rebranding now. So until the Sens make an official statement, I believe this is all a promotion tactic and not a rebrand and I will not be getting my hopes up for a possible logo change. However let’s keep fighting and bugging the Sens and maybe, just maybe they might actually change the logo to our beloved “O”.