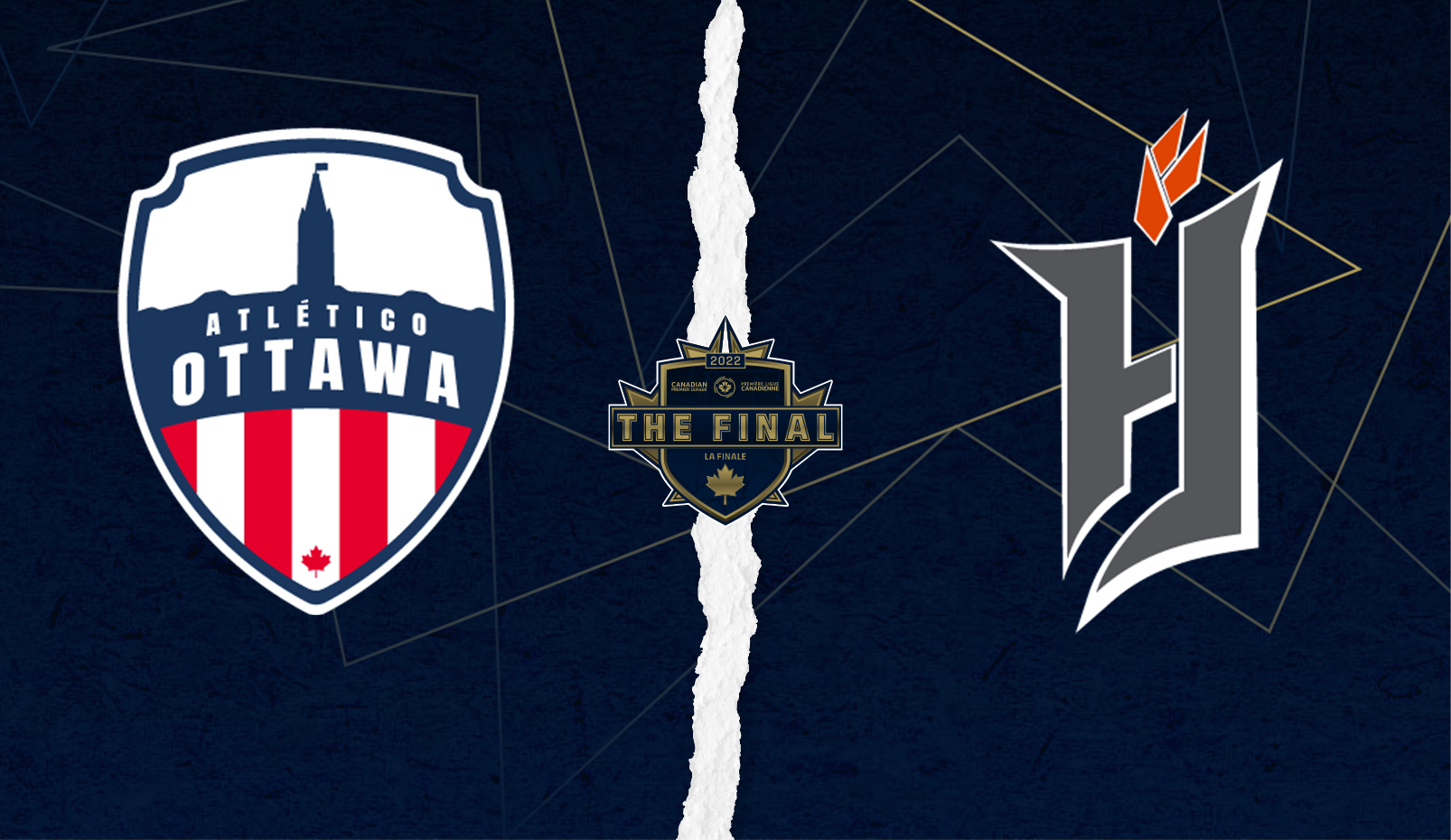 Forge FC controlled the game from start to finish and was propelled to victory by stunning goals from Alessandro Hojabrpour and David Choiniere.

Despite the loss, Ottawa has clearly grown into a soccer city. The atmosphere at TD Place was phenomenal with nearly 15,000 people gathered to support their local club, who were underdogs against Forge FC – winners of two of the past three North Star Shields. Despite trailing almost the entire game, Atletico’s fans were loud and proud, cheering like they had the lead.

The support for Atletico increased at every home game. Countless fans got the opportunity to join Atletico Ottawa on their journey to capture their first CPL title with a record of 13-10-5 (49 points) after finishing last in the league a mere season before with a record of 6-8-14 (26 points). With all of Atletico’s recent success capturing the hearts of thousands of Ottawans, many fans fell in love with the game and grew their passion for it.

Gordon Smith, an Atletico Ottawa analyst that works for TSN, believes fan support is directly tied to a team’s success.

“If you win, [fans] will come [to] support you,” Smith said. “I think the fanbase is growing in Ottawa and it will continue to grow the more [Atletico] progress and the more successful they are.”

Smith said even though Atletico didn’t win the North Star Shield, their fan base will still continue to grow exponentially in the near future, and a relatively big part of why is the influence of the Capital City Supporter’s Group (CCSG) in Section W.

“They make noise every single game and where we’re set up in the broadcast booth, around 75-80 yards away, we can hear them every single game yelling, chanting, screaming, singing and completely driving this team forward to go on to bigger and better things,” Smith said.

Eddie Benhin is a CAPO for the CCSG, his role in that position is to lead the chants in Section W with a megaphone at every Atletico Ottawa home game.

“It feels really good to know that [our cheering] has an impact on the game and people are recognizing it,” Benhin said, adding that their cheering helps support the players. “When you’re being cheered on at home it gives that extra little burst that you need when you’re super tired, and especially when [the opponents] are attacking towards the end of the game.”

“I think fan support will grow regardless of what the result is in the playoffs. This entire season, we saw our attendance continue to grow,” Benhin said, adding that the amazing atmosphere at the stadium is what keeps fans coming back and what grows the fanbase in Ottawa.

“Ottawa’s record at home this season hasn’t been the greatest … but people still come and say hey, I’m having a blast, I want to come back and that is huge for the growth of the game in Ottawa,” Benhin said.

At the CPL Final, the cheers from the Supporter’s Group rubbed off on the other fans in the stadium, and before you knew it, the whole stadium is cheering and making noise, supporting the players.

OSEG opened up the North side stands to accommodate the high demand for tickets to the CPL Final. With almost 15,000 fans in attendance, the stadium was louder than ever before.

Atletico looked a bit shaky to start the game which Forge capitalized on. By spending much of the first half-hour attacking, they forced Atletico to defend. This prevented Atletico from attacking, allowing Forge’s defense to participate offensively too.

In the 28th minute, Forge had a free kick right outside the box. It was crossed in nicely and Hojabrpour snuck past a defender before heading it home to give Forge a 1-0 lead and all the momentum.

From that point forward, Atletico could no longer sit back and defend and rely on their transition attack to create chances, they had to push forward, attack, and create in the final third.

Atletico began creating some chances offensively in the final 10 minutes of the first half, but could not capitalize. They failed to generate a shot on target and only had one shot attempt in the first half thanks to stellar defense by Forge.

Midway through the second half, Atletico increased the intensity and continued to attack and generate scoring chances in transition. By the 65th minute, Atletico had three shots but still only one on target and they simultaneously tightened up their midfield and started to even up possession; Forge only had 56 percent of possession.

In the 75th minute, Atletico had their best chance of the night to equalize but it was saved by Forge goalkeeper Triston Henry, arguably the best keeper in the CPL. Less than three minutes later, Forge’s brilliant ball movement on the counter-attack created a chance for David Choiniere, who put Forge up 2-0 in the 78th minute with a stellar individual effort, undressing a defender before slotting it into the top corner.

Atletico came into the game trying to frustrate their opposition with solid defense and creating chances in transition. However, they were ultimately frustrated by Forge’s high press on defense and consistent attack.

Despite falling short, Atletico has come a long way this season from where they were at this time last year. They have an incredible coach, a roster brimming with talent, and a fantastic ownership group. With a few quality signings this offseason, Atletico have the firepower to contend for another CPL title and their first North Star Shield next season. You better believe the fans will be behind them every step of the way.