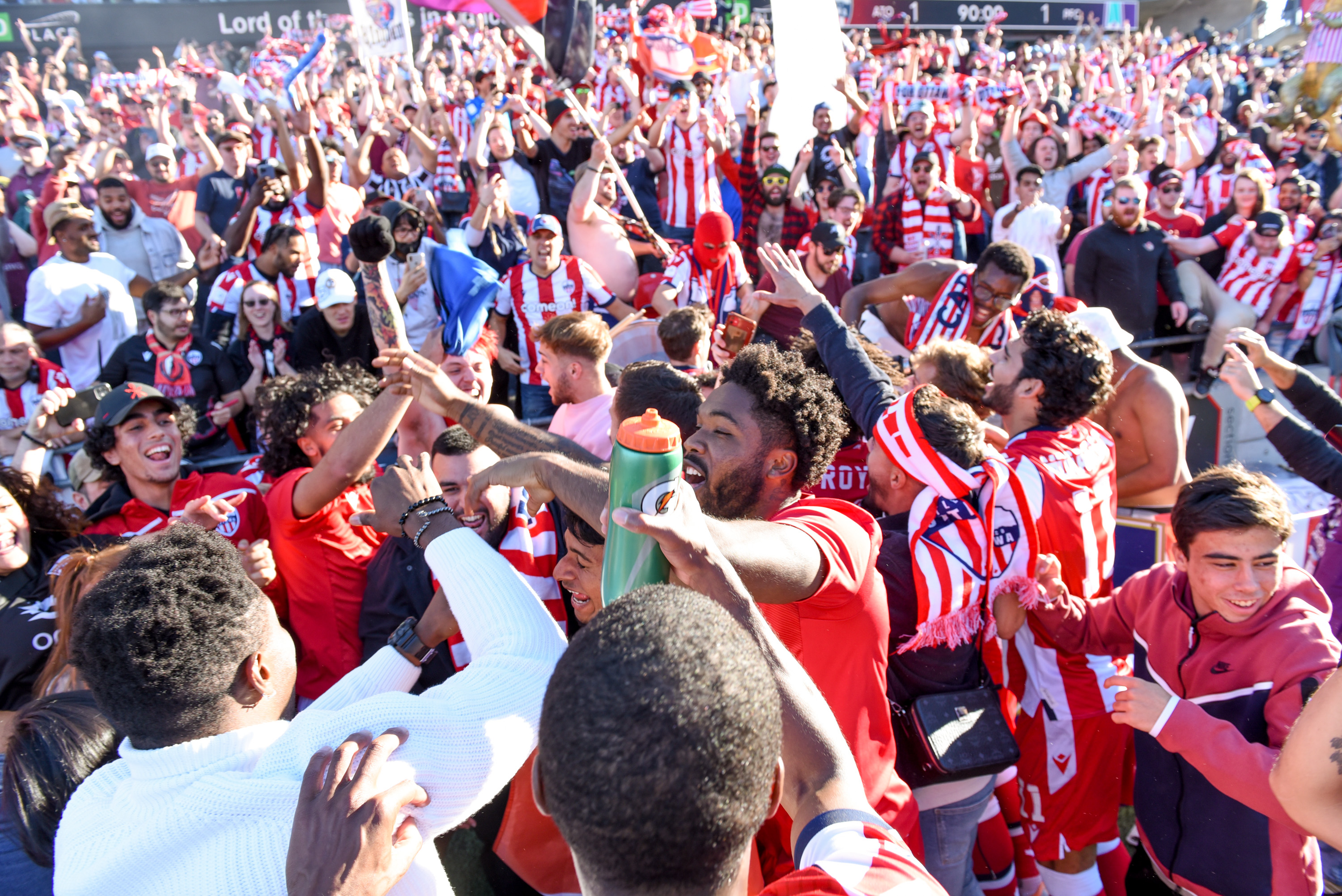 For those who did not know, the place to be this weekend is TD Place on Sunday, October 30, for a historic soccer match. Atletico Ottawa will be taking on Forge, a team based in Hamilton, Ontario who are two-time league champions.

The professional soccer club Atletico Ottawa is a Canadian Premier League franchise (CPL) franchise. They play their home matches at TD Place in front of the most passionate fans in the league.

Forge has been the gold standard across the league for success, as they have won two championships and reached the final in the previous season. This is an impressive total, as the league has had only three seasons completed thus far, so to have a team in the finals for all three is an outstanding achievement.

On the other hand, Atletico joined the league a season after the CPL was formed as the first expansion side, bringing the league to an even eight teams. The club, backed by European powerhouse Atletico Madrid struggled out of the gate.

The first season Atleti played was held in a bubble in PEI for an abbreviated season as the pandemic was present. Atleti finished seventh out of eight teams that season.

The second season did not fare much better for the boys in stripes as they finished dead last, claiming the ‘wooden spoon,’ which is a figurative trophy created by fans for the team that finishes in last place.

In the off-season, the club opted to hire a new manager Carlos Gonazlez who, unlike former head coach Mista has a proven track record. Gonzalez has coached at the academy level with Spanish teams Malaga and Atletico Madrid and at the National level with Kuwait. He has employed a defence-first mentality where the team aims to limit opposition attacks and take advantage of the counterattack.

The club also made notable signings like Ollie Bassett from defending champions Pacific, Ballou Tabla, who used to play for Barcelona B, a former fan favourite, and a local boy brought in from Forge Maxim Tissot. The club also brought in loan signings using their parent club Atletico Madrid like young centre-back Diego Espejo and Sergio Camus, to shore up the backline.

The club targeted creating a solid backline which was depleted after many former players did not return from the past season, like keeper Dylon ‘the denier Powley,’ defender and former captain Milovan Kapor, Matthew Arnone and Keesean Ferdinard, to name a few more departures.

With the new additions and an improvement to their tactical identity, the club went from the worst defence in the league last season to the second-best in the league, which is misleading as Atletico conceded six goals on one occasion this season. So an argument can be made for Ottawa having the best defence.

This brings us to the present day, where final tickets are selling out quickly. On Wednesday, it was announced that over 7,500 tickets had already been sold for the finals. Club CEO Fernando Lopez has urged fans to be a part of history, saying on Twitter, “We are going to make this a CPL and a Club attendance record, surpassing the 12,064 we had in our first-ever home game back in August 2021. Ottawa/Gatineau, let’s show 🇨🇦 what we are made of!”

About a hundred Forge fans are expected to travel up for the game. Away fans are a staple of soccer matches and only add to the atmosphere. Making this, for sure, the most anticipated final in CPL history!

This will be a David vs Goliath type of match, as Forge is known for winning, especially against Ottawa. Ottawa has only been able to beat Forge once in ten tries. Before this season, Atleti hadn’t even scored against Forge! However, the tide has changed this year as Atletico has won once, drawn twice and lost once against Forge, meaning it’s a more even matchup than in past seasons.

Ottawa should not fear Forge, as they have proven themselves time and time again this season. They have flashes of brilliance on the regular from Tabla and Bassett, and will be leaning on them to contribute once more.

With home-field advantage, Ottawa will have an advantage with their rambunctious supporters who love to keep match day fun in the stands. For example, in the previous match vs Pacific in the semi-final, there was a choreography done by fans that included a beloved member of the fans’ folklore, Wally, an inflatable dinosaur jousting against an octopus which represented Pacific. Things like these keep the match entertaining for fans who are not solely there to experience a footy match.

Wally, the dinosaur, also is a huge favourite amongst kids who come to the game. After the semi-final match, a plethora of families wanted to get their picture taken with the inflatable icon.

Other than who will lift the North star shield, the award given to the CPL champions, one question remains.

Will you be amongst the fans in the crowd experiencing jumping, chanting, pyro, inflatables and more while enjoying the beautiful game? Don’t miss out on this opportunity to see the biggest club soccer game hosted in Ottawa ever! Tickets for the final can be purchased here. https://www.ticketmaster.ca/atletico-ottawa-ottawa-ontario-10-30-2022/event/31005D3DAE0D210C