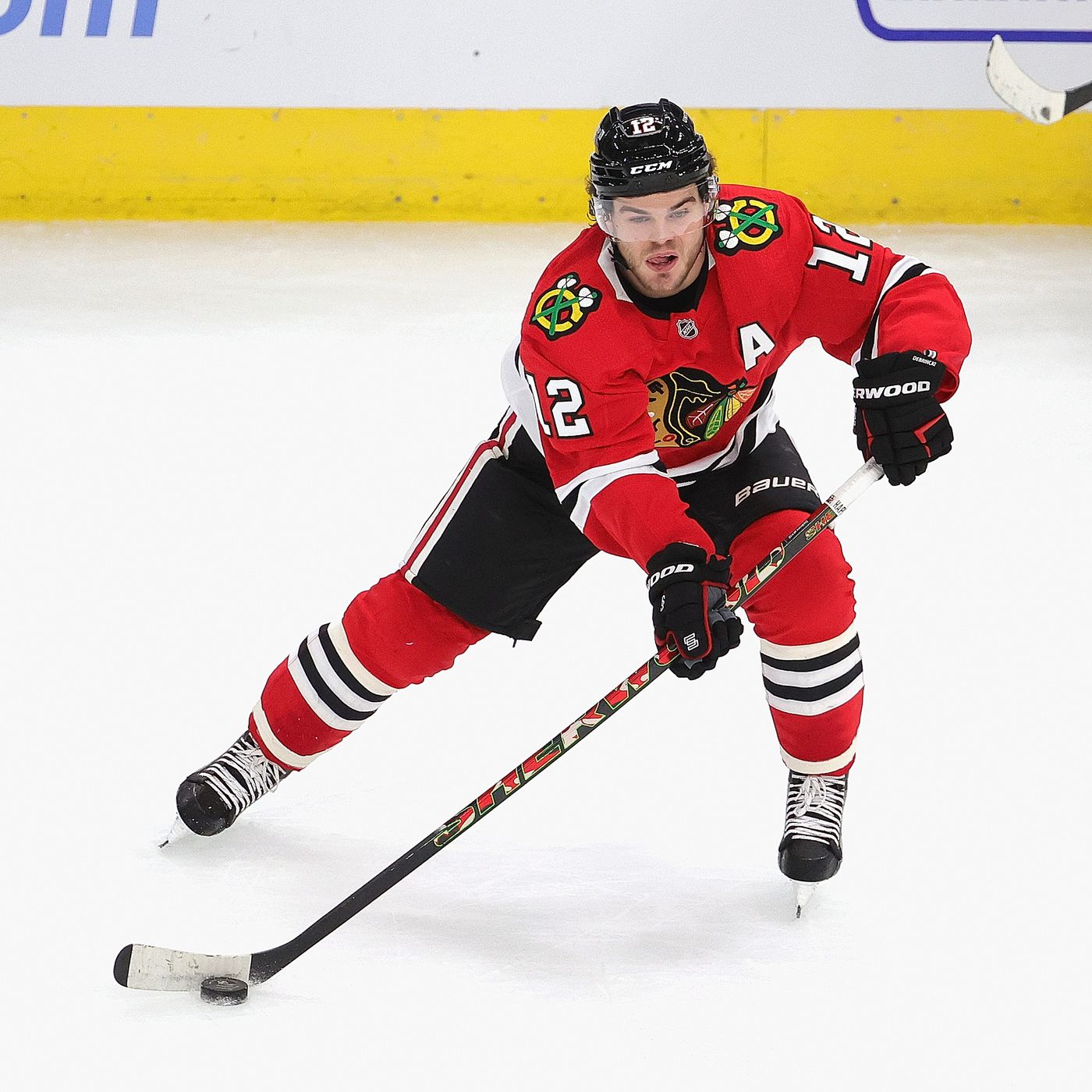 The Ottawa Senators shook things up on NHL draft night by adding right-winger Alex DeBrincat, an elite, young sniper from the Chicago Blackhawks for the seventh overall pick in the 2022 NHL draft – which was used to draft Kevin Korchinski, a Canadian defenseman from the WHL’s Seattle Thunderbirds, – a 2022 second-round pick and a 2024 third-round pick.

DeBrincat is a high-scoring winger and led his team with 41 goals in 82 games. He also recorded 37 assists and finished second on the team in total scoring, with 78 points in 82 games. He was named to the 2022 Central Division all-star game, the first of his career.

DeBrincat is one of the league’s best pure snipers, registering two seasons with at least 40 goals and he is only 24 years old. That is on the production level of guys like Sidney Crosby and Alex Ovechkin.

He has a high hockey IQ and creates a lot of offense with his accurate wrist shot, powerful slapshot, skating, stickhandling, and playmaking ability.

In his five-year NHL career with the Blackhawks, spanning 368 games, DeBrincat has recorded 160 goals, 147 assists, and 307 points.

He has also experienced plenty of success internationally with the United States, where he won bronze medals at the 2016 World Juniors and 2018 World Hockey Championship.

He carries a $6.4 million cap hit this season before he hits restricted free agency in the summer of 2023, but it is still a tremendous move for the Senators, who need a boost of scoring and creativity on their offense which ranked 23rd in the league with only 224 goals scored last season. He isn’t a veteran, but his extensive experience in the league will also help mentor the Senators’ young core.

“Alex’s acquisition brings immediate and additional firepower to our forward group,” Senators’ general manager Pierre Dorion said in a press conference. “He’s a dynamic forward who’s a scoring threat to the opponent when in the attacking zone. He maintains great vision, has exceptional skill, and has a quality shot that helps him score from virtually any part of the ice. He’s a consistent performer and an underrated playmaker who Senator’s fans are sure to enjoy watching him play in Ottawa.”

They didn’t have to give up very much to acquire him. For a player of Debrincat’s talent and experience, that is quite the steal. Also, next summer, they have the option to resign him if he excels and in the very unlikely event he doesn’t perform up to expectations, they can move on from him with a very limited cap penalty.

The Senators have arguably one of the best young forward corps in the league with Brady Tkachuk, Tim Stutzle, Drake Batherson, and Josh Norris. He will also replace the production of Colin White, who the Senators placed on waivers with the intention to buy out his contract.

DeBrincat comes into a situation in Ottawa where the roster core is extremely young, especially at forward. He will mesh extremely well with Tkachuk, Norris, Batherson, and Stutzle. In addition, the Senators have a ton of prospects like Jake Sanderson, Ridley Grieg, and Jacob Bernard-Docker, none of whom they had to give up to acquire DeBrincat and who will all mesh well with him on the ice.

Overall, this trade gets an A. They didn’t give up much to get him, which is rare for a player of his caliber. He is a very talented two-way player, a tremendous goal scorer, and a leader and he isn’t that expensive. The only issue now becomes will they be able to resign him to a long-term deal next summer if he has a great season this year? If the Senators stay healthy, he more than likely will have a great year.