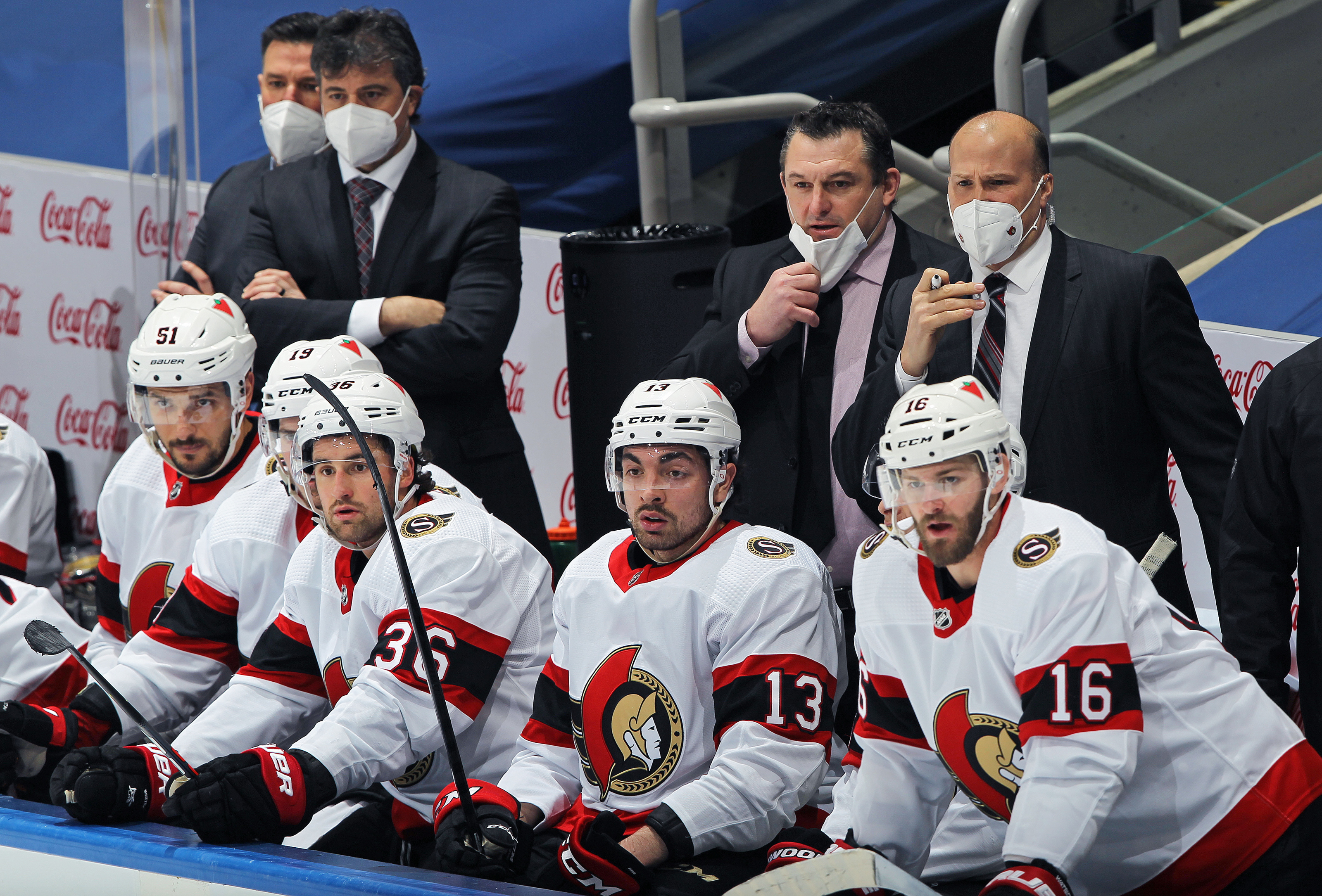 In early 2019, late Senators’ owner Eugene Melnyk, outlined a plan for the future of the hockey club that would see them open a window of contention and unparalleled success. Melnyk stated this window would begin during the 2021 season and would run through 2025.

It is now over a year into Melnyk’s predicted window of success and over two years into the COVID-19 pandemic. However, many are still predicting and expecting the Senators to miss the playoffs next season. This forces us to ask the question, how much slack should people give the Senators for failing to meet their own outlined window of success due to the pandemic?

This was supposed to be the first full season in the aforementioned window of unparalleled success. The Senators finished 27 points away from the last playoff spot in the Eastern Conference and had the 10th worst goal differential in the NHL. The Senators were never even close to being in the playoff hunt and once again their season was over before Christmas. That doesn’t sound like unparalleled success for a team that was one goal away from the Stanley Cup Finals in 2017.

A common excuse that has been made for the Senators during these COVID impacted seasons are the financial constraints that the pandemic has brought upon them. Is there any truth to this though? Here are some of the most notable moves the team has made since the beginning of the pandemic to now:

Just based on acquisitions alone since the pandemic began, the team clearly hasn’t shied away from bringing some sizeable contracts into the fold. The pandemic has surely hurt the team’s finances and have likely limited the moves they’ve been willing to make. However, based on their own moves, it’s evident they’re still more than capable of bringing in some pricey players. Not to mention some of the hefty contracts they’ve handed out to players like Connor Brown and Brady Tkachuk since the pandemic began. Based on this, it seems fair to say the issue isn’t financial limitations, it’s wasting enormous amounts of money on ineffective players.

With this in mind, it appears that it isn’t the financial constraints of the pandemic holding back the Senators. Upon analyzing their transaction history, it seems what’s holding back the Senators from being a competitor is the Senators’ management. For a team that is well known to be smaller market and not as able to write a check to erase their mistakes, like Toronto would be able to, these misfires have really hurt and set them back. The Senators have wasted back to back seasons now with a subpar blue-line after misfiring on players like Gudbranson and Del Zotto.

This is not to say Senators management is hopeless and is doomed for failure. They have done some exceptional work identifying players like Drake Batherson in the late rounds of the NHL Draft and signing an unheard of, bonafide top four defenseman in Arytom Zub. The biggest issue has been that the team has not proven themselves capable of insulating these players with the quality pieces it takes to win in the NHL.

Let’s compare the Senators lineup to their expansion cousins, the Tampa Bay Lightning who are on the brink of possibly winning their third Stanley Cup in a row. The lightning’s expected lineup for game one of the finals features 11 players that were not drafted by the team (note, this will likely decrease to 10 if Brayden Point is healthy). Six of their 12 forwards and five of their six defensemen were acquired by the team to insulate their core of players like Steven Stamkos, Nikita Kucherov, Viktor Hedman and Brayden Point.

That’s the issue with the Senators. A team like Tampa has built up their core through the draft, which the Senators have done quite well. However, where the Senators differ, is the players they have brought in to build around those players have been nowhere near as effective. They’re on the right track with players like Zub and C. Brown, but other than that they just simply haven’t done enough to build the team.

For that reason, all the blame of the Senators rebuild not meeting the expected schedule falls on the team, not the pandemic. With that said, if the Senators once again are uncompetitive this season then it is time to make sweeping changes to the front office roles with the team. If I were in charge of the team, I would give Dorion one more off-season to prove his worth as an NHL General Manager. If he fails to meet expectations once again then it is time for the organization to move on. As for DJ Smith, I would give him one more season to prove himself as a coach. Now that a coach like Bruce Cassidy has already been snapped up off the market, I think the Senators best options is to give Smith one more year. Especially since they already gave him a long term extension that hasn’t kicked in yet.

One way or another this upcoming summer and season should answer a lot of questions fans have about the current trajectory of the organization. Lets hope the answers to the questions being asked are positive ones and the team finally returns to relevance next year, but that remains to be seen.