THIS is how Canada will qualify for the World Cup 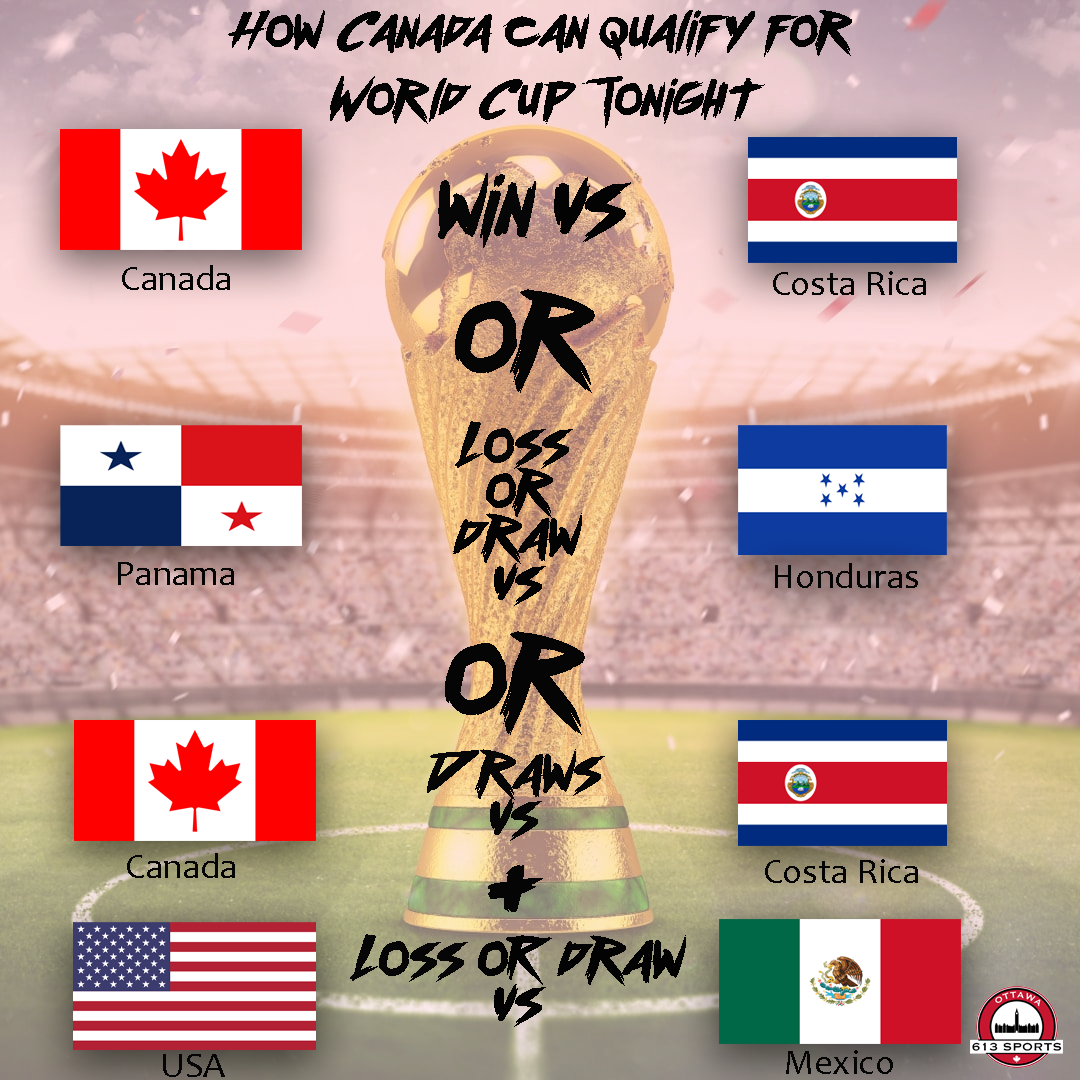 The final World Cup Qualifying international window has arrived for Canada, and with this window arrives the final chance to qualify for the 2022 Qatar World Cup. Canada currently sits in first place with a total of 25 points, and with three games remaining, Canada has all but punched their ticket to Qatar, but what exactly needs to happen for Canada to officially qualify for the first time since 1986? Here are the different routes for Canada to officially qualify.

The top three countries automatically qualify for the World Cup with the 4th placed country playing in a playoff match against a country in a different federation. This means, that in order for Canada to NOT automatically qualify, three countries would have to pass Canada. The lowest of these three countries that could potentially pass Canada is Panama, who have 17 points. The maximum amount of points Panama can get in this window is 9, which would put them on 26 points. This means that Canada will only need to get to 27 points to clinch a World Cup berth. This is how Canada can get to 27 points:

Canada win vs Costa Rica OR Jamaica OR Panama

Simply put if you are Canada, win and you are in. Or if you want to make things a little more difficult, two draws and you are in. Canada’s most recent results against these 3 countries have been:

While Canada holds and controls its own fate, there is a way they can qualify without getting the two points. Before we begin, however, there are scenarios where countries can be tied with Canada on points but Canada goes through on tiebreaker, but for the sake of the simplicity of this article, these scenarios will not be mentioned. Warning this may get a bit confusing so bear with us.

If Canada only ends up earning one point this window, here is how they would still qualify for the World Cup:

Panama earns less than 9 points in this window

Mexico OR USA earn less than 5 points in this window

Here are the matchups for Panama, Mexico and USA:

In this scenario alarm bells would be ringing in the Great White North but Canada could still be able to qualify despite not picking up any points. This is what it would take:

Panama earns less than 9 points in this window

Mexico OR USA earn less than 4 points in this window

Canadian fans are hoping that they will not have to read past our first scenario as all Canada needs is two points out of three games to qualify for the World Cup. However, if they are unable to do this, all is not lost, because thanks to a fantastic qualifying campaign so far, Canada can qualify based on other countries results. Here’s to hoping that by the end of the Costa Rica game Canada will have a berth in the Qatar 2022 World Cup.

Check out our preview for this International Window: Canada’s World Cup dream is almost a reality