Have Ottawa Fury fans made the switch to Atletico Ottawa? 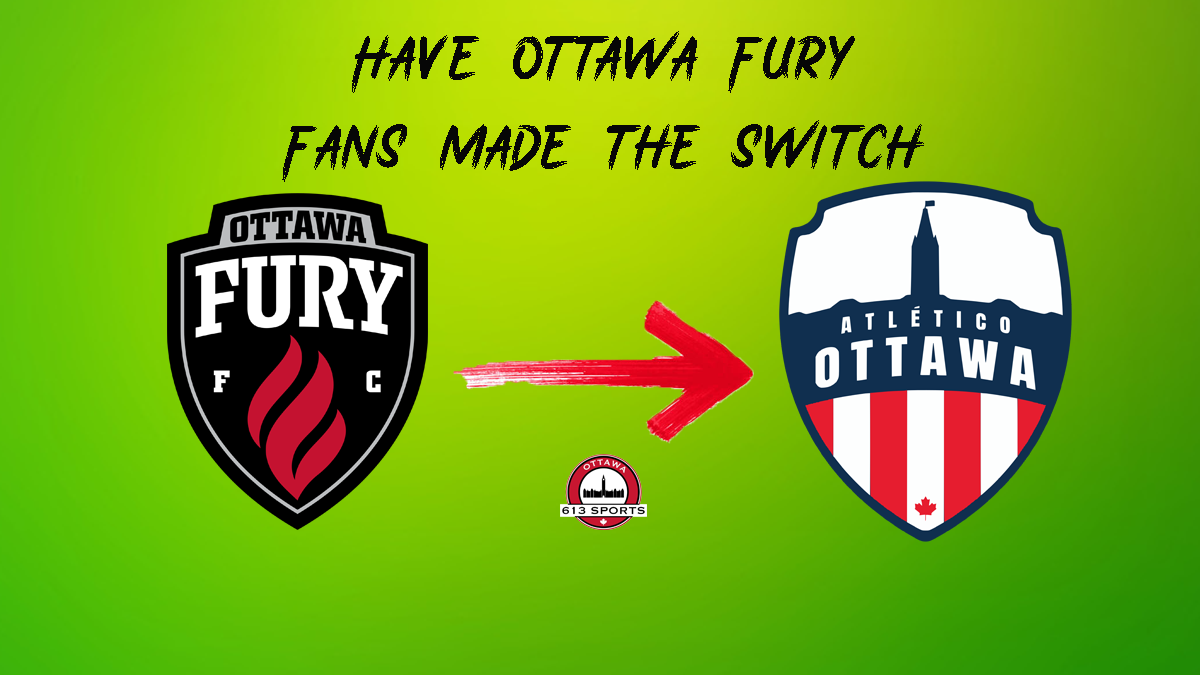 Ottawa Fury FC announced a cease of operations in November of 2019 from the USL Championship after having served just two years in the league. They also played two years in the North American Soccer League (NASL), which cost the club a loss in revenue, despite constant attempts of further development.

With that being said, the plan of both continuing to play in the USL failed, or to register with the newly implemented Canadian Premier League failed due to sanctioning issues. Heading into the 2020 season, the franchise was sold, which left Ottawa and it’s soccer fans without a clear direction.

February 11th, 2020 marks an officially recognized day as “Atletico Ottawa Day.” This day
represents the announcement of our new Atletico Ottawa soccer club. This time the club had plans on playing in the CPL, which was great news for the city. Club owners Jeff Hunter and Spanish giants Atletico Madrid are the investors/owners of this expansion which brings great business for both the city and the Club. Madrid can send players to the Canadian Capital for further development and playing time.

Soccer fans and soccer culture are slowly expanding in the city of Ottawa, as we also see the influence of Canada’s National Team on the verge of qualifying for the next World Cup in Qatar. What we question is, are former Ottawa Fury FC supporters on board with this new CPL project? What are their thoughts on the whole situation having to endure the shutdown of Ottawa Fury FC.

Are the Fury supporters also Atletico Ottawa supporters?
Here is what some of them had say, “Of course I’m a huge supporter of Atletico Ottawa, as I am with all other teams that represent Ottawa. Losing the fury name was a huge disappointment for me. It really did hurt me when the team dissolved. Watching both the CPL and USL season without the Fury was devastating… I was mad at OSEG. However, now I have a new favorite La Liga team since Atletico Madrid bought a spot in the league to represent Ottawa. I love the identity too, it makes it easier for the
team to get more international recognition and would appeal more to international soccer fans” said @NATSSports via Twitter .

“I fully bought into the Atletico family. I always semi followed Madrid too. Fan of some of their players. I’m just happy to have soccer in Ottawa. A game to attend instead of only watching the Premier League or sneaking off to a MLS match. The way this team is getting backed I don’t know how you wouldn’t jump on board” – @ilikeSportzing via Twitter.

“I’m fully onboard with Atletico Ottawa! Bringing in a few somewhat familiar names from past Fury teams might jog some memories for others, but I’m already onboard” – @S_VDH Via Twitter
Fury fans seem to have accepted the unfortunate loss but welcome the new project of Atletico Ottawa. I was personally very excited to see the announcement because of the international recognition but most importantly, the inclusion of playing within Canada.

We need to develop our Canadian Premier League and focus on what is best for the club and the city. I recently watched an Atletico Madrid fixture vs Manchester United and the club culture was absolutely amazing. Bringing in players to the Capital from Madrid, will impact the dynamics of our club, and hopefully influence our city by bringing that energy and light into our fans.

So far there is nothing but optimism from the fans. A new coach, Carlos Gonzalez, and new signings/draft picks leave us excited for what the season will bring us. Especially with COVID-19 regulations slowly loosening up, we could not think of a better time to look forward to the season. Let’s support our local clubs, make players feel welcome, and spread awareness in the city on Atletico Ottawa, with hopes to increase attendance, participation and support.

One thought on “Have Ottawa Fury fans made the switch to Atletico Ottawa?”