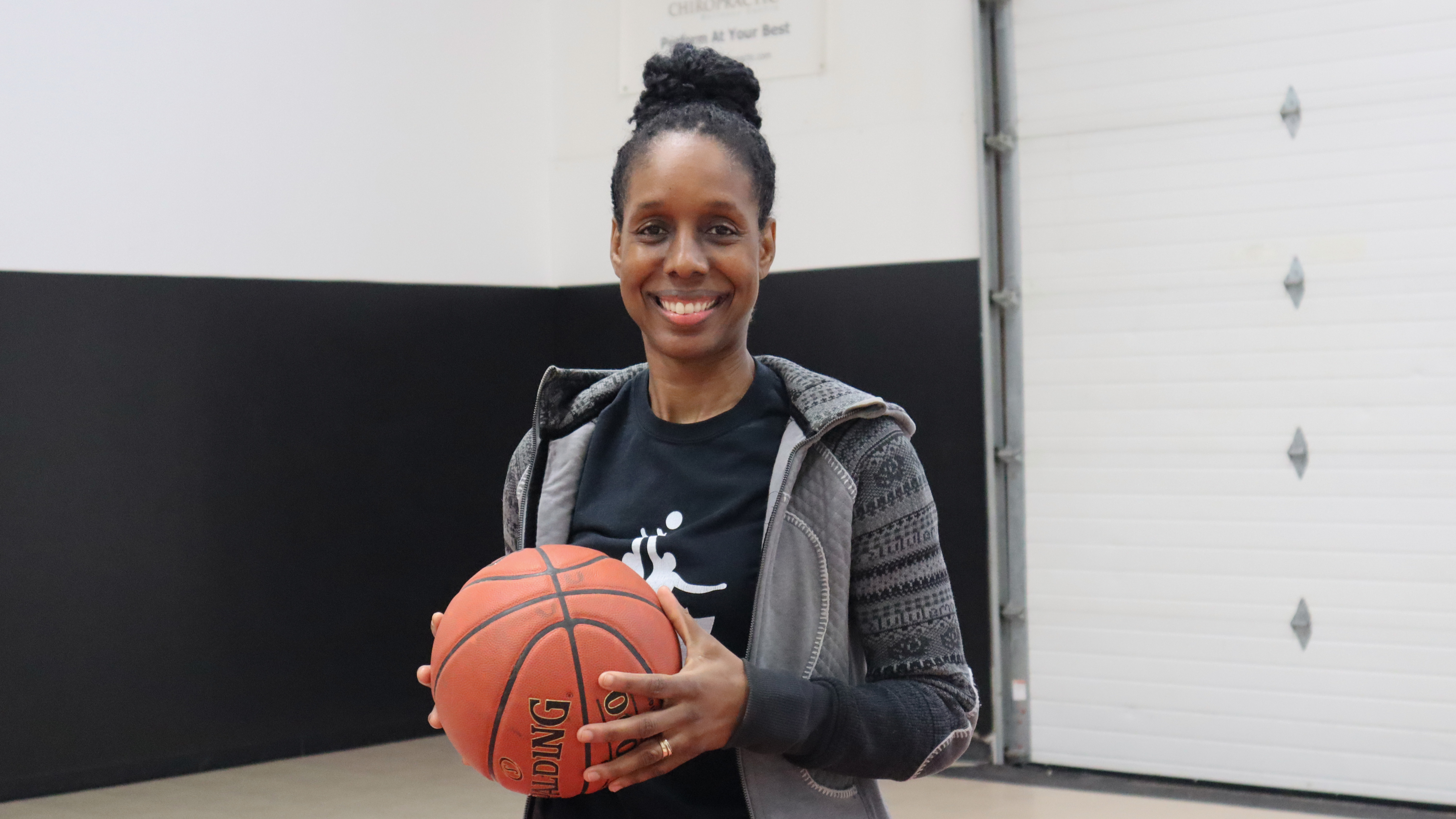 Coach Lee Anna Osei, Founder and Director of the BCCA, moderated the panel.

“They’ve got incredible stories, incredible backgrounds, incredible insight and wisdom,” Lee said on the featured coaches during the discussion.

Coach Lee founded the organization in 2020. The BCCA is a nonprofit organization working to empower Black and Indigenous People of Colour (BIPOC) within the sporting community through team building, networking, and allyship.

Lee is a two-time Team Ontario U17 Provincial Coach. She began playing basketball in high school and continued to play throughout university.

When reflecting on her own basketball journey, Lee noted the lack of space and representation for black female coaches. “Growing up, I never actually had a black female coach, coach me in a club or a program capacity. So that’s really what we’re trying to do. You know, the cliché thing is you can’t be what you don’t see,” said Lee.

Coach Lee has become a trailblazer for a diverse array of athletes across Canada. She is fighting to create the representation that the sports community has lacked for many years through mentorship and community building.

Last year, the BCCA created a mentorship program for Black Female Coaches in Canada (BFCMP) in collaboration with CAC. The program has been a major success thus far.

“For us, it’s really trying to acknowledge and highlight these successful black women,” Lee said.

In 2021, Ottawa’s own sporting community had a major milestone regarding equity in sports.

The Ottawa Blackjacks, a team in the Canadian Elite Basketball League (CEBL), hired Fabienne Perrin-Blizzard as their assistant coach, assuring her status as the first female in Ottawa to be hired as a professional coach in a national league.

This was just one of the coach’s many achievements throughout her career. While studying at the University of Ottawa, Fabienne played basketball on the school’s team.  In 1994, she became the assistant coach of the Ottawa Gee-Gees. Four years later in 1998, she became the team’s head coach.

Now Perrin-Blizzard is continuing to pave the way for athletes in the Ottawa region and across Canada. She co-founded Capital Courts, a basketball training facility that provides a space for young players to develop their skills. She works alongside founder and former pro-baller Merrick Palmer. Together the two help young players with a passion for basketball develop the tools they need for success.

Capital Courts also runs their Capital Courts Academy (CCA) program. The CCA provides basketball training and academic guidance to student-athletes in the region, helping them reach their goals on the court and in the classroom.

Perrin-Blizzard has coached some of Ottawa’s top young female athletes through the CCA initiative.

“We’ve had amazing young ladies come out of the program and come out of the community to represent Canada on an international stage and to go to NCAA schools. It’s amazing to see the impact that the academy has,” she noted.

When you walk inside Capital Courts, you will see that the walls are decorated with photos featuring players who once trained at the facility. One of those athletes is Perrin-Blizzard’s daughter, Tyra.

She described Tyra as a role model both on and off the court. “My daughter, I think, is the biggest activist, and I think she’s probably the smartest person I’ve ever met,” Fabienne explained.

Following in her mom’s footsteps, Tyra, now 23, played basketball for the Gee-Gees while studying at Ottawa University. She’s currently playing professional basketball and spent the last year competing in Morocco.

Despite the hurdles, Perrin-Blizzard noted that Tyra’s strength and invincibility have helped her persevere. Perrin-Blizzard’s best piece of advice to young, female athletes is to “find their voice” and stand up for themselves and what they believe in.

She learned this advice throughout her own encounters in professional basketball. Unlike her male counterparts, Perrin-Blizzard must fight harder for respect and understanding from referees during a game. But this hasn’t stopped her from standing up for her beliefs as she continues to work alongside other basketball coaches. Perrin-Blizzard noted the importance of partnership between men and women in sports and sports leadership.

“I think it’s important to understand that input from both parties is so important because we’ve been brought up differently,” she said.

In Canada, black female coaches are continuing to fight for equity and diversity in sports. While there have been some major developments within the nation’s athletic industry, there is more work to be done.

Making sports an inclusive space for BIPOC individuals and women is a top priority for the BCCA. Coach Lee and the BCCA will continue having conversations on the importance of diversity in sports.

Lee encouraged others to support the BCCA by joining the organization and attending future events.

As for Perrin-Blizzard, the coach is preparing for her upcoming season with the Blackjacks and continuing her work at Capital Courts.

Readers can find more information regarding the BCCA on their website.