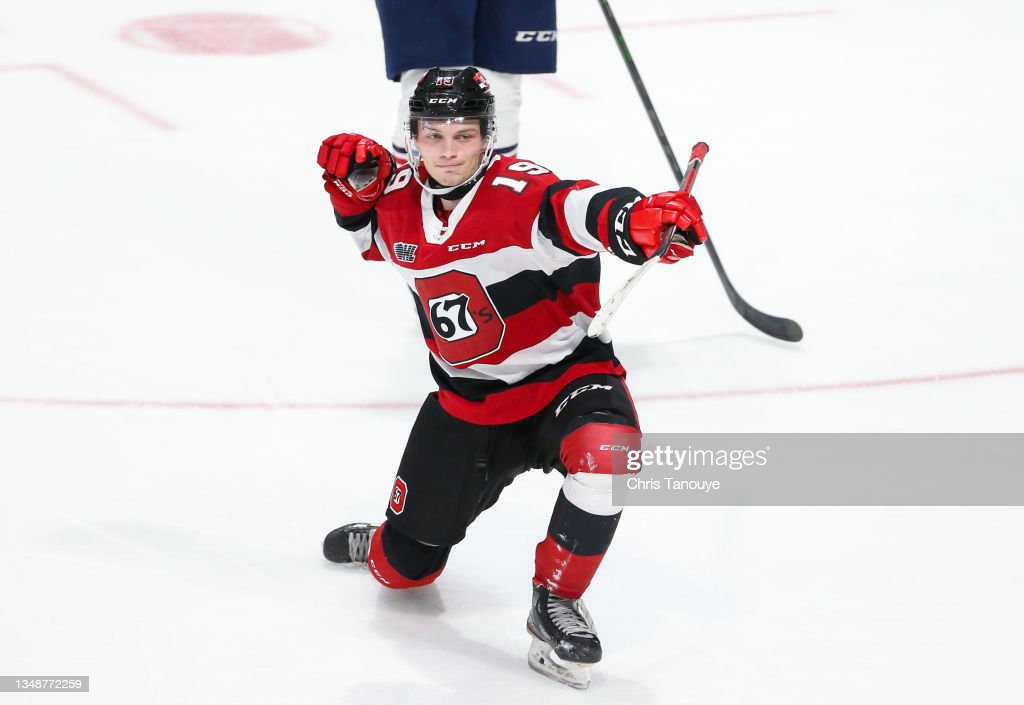 Jack Beck is something special.

The 18 year old, born April 12th, has become one of the greatest steals of the 2021 NHL entry draft. Standing at 5’11”, and weighing 162 lbs, the electric right winger has just returned to the Ottawa 67’s of the OHL, after an injury that put his phenomenal start with the junior team on pause.

Putting on the barber pole jersey in 2019, Beck was selected 31st overall in the second round of the OHL draft. However the COVID-19 pandemic cut his season in Ottawa short, and entirely eliminated his chances to show off his skills in the 2020-21 season. This set the stage for the GTA native being overlooked by every team in the first, second, third, fourth and fifth rounds of the NHL entry draft.

The team that stepped up to taking the sensation in disguise was the Calgary Flames, with their 168th overall selection. The chance they took has definitely paid off so far. ‘Becker,’ as his teammates call him, averaged 1.42 points per game in his first 12 games with the 67s before his injury. Although his team came up blank on the scoresheet in his first game back, there is no doubt that the young winger will get back into form as one of Ottawa’s most dynamic players.

Beck is not the first player the Flames organization drafted as an overlooked prodigy late in the draft. Johnny Gaudreau, who currently leads the league in even strength points, was selected 104th overall, in the 4th round of the 2011 NHL entry draft. Andrew Mangiapane, the most valuable player of Canada’s winning team in the 2021 IIHF world championship was selected 166th overall, also in the sixth round. He leads the flames in scoring with 25 goals so far this season, good for the 12th most in the NHL.

His return is extremely good news for the struggling 67’s, who are currently seventh place of 10 teams in the OHL’s Eastern Conference. Though this is currently enough to qualify for the playoffs, a proficient first line forward will be sure to help them try and make a run.