Breaking down the Redblacks signing of Jeremiah Masoli 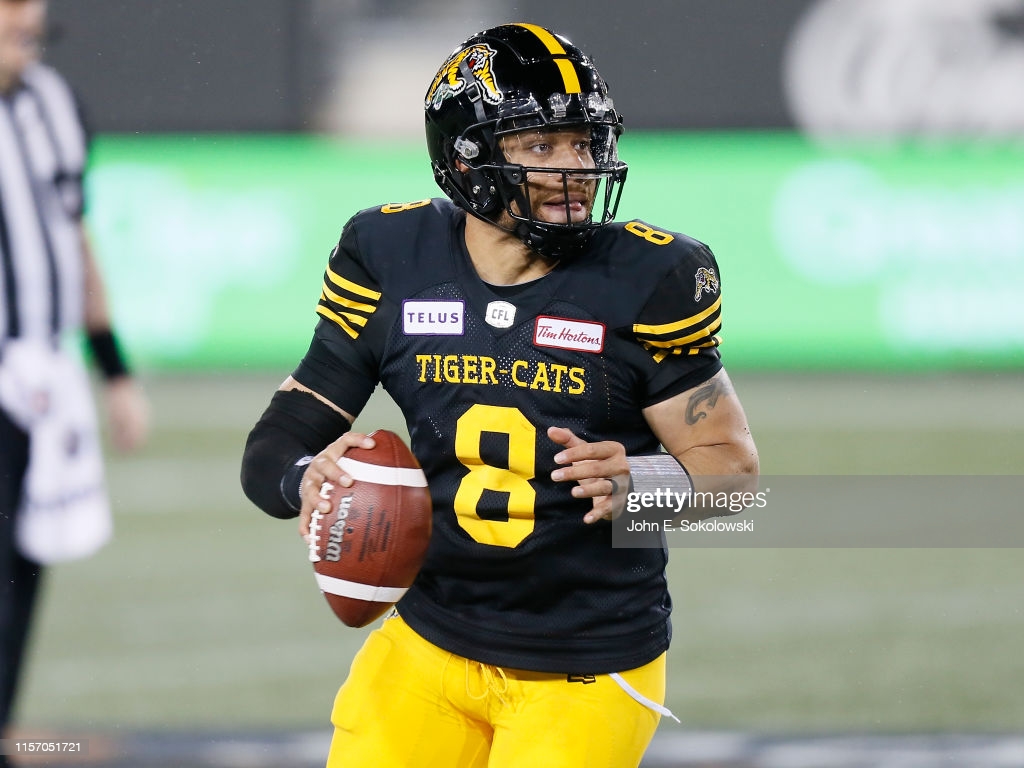 After a few years of subpar quarterback play, with the likes of Jonathon Jennings, Matt Nicholas, and Dominique Davis limiting what the team could do, the Redblacks have signed a big fish in free agency. Former CFL Most Outstanding Player, and former Tiger Cats quarterback Jeremiah Masoli has signed a two-year deal in Ottawa. The 33-year old joins the fold in Ottawa after splitting time with Dane Evans in Hamilton last season, en route to a trip to the Grey Cup.

No matter what fans think of Masoli, who had plenty of matchups with the Redblacks at their best between 2016-2019, they are bringing in a QB who has started the last two Grey Cups for Hamilton, something the recent QBs in the nation’s capital could not get the team close to.

This is a move that will immediately improve the product on the field for the Redblacks. They need to continue to add to Masoli’s offense, with some lineman, receivers and maybe another running back, but this is a huge start. For the past two seasons, the quarterback play has been very inconsistent to say the least, limiting the offense’s ability to make big plays.

The Redblacks routinely sputtered on offense last year in most of their close games, leaving their defense on the field for the majority of the game. With a quarterback who can make a few more plays for them, they should be able to compete in a lot more games come the 2022 season.

With a few pieces to build around on that side of the ball in R.J. Harris, Nate Behar and Ryan Davis all contributing last year, the offense could take a huge leap with the addition of Masoli. Someone who can hit a deep ball to these players, but also make plays with his legs will be crucial. In Masoli’s MOP season, he ended the year with 5209 passing yards but also 473 rushing yards. He doesn’t exactly play like Lamar Jackson, but with his scrambling and ability to escape the pocket, he will be able to extend a few plays that have typically ended in sacks.

The one thing Masoli has done throughout his CFL career is win football games. Since becoming the Tiger-Cats starter in 2016, they have always been competitive. Masoli may be able to kickstart the rebuild for Ottawa by putting them in meaningful games, and with a new GM on the way this season as well, the turnaround may be able to start quicker than some fans thought.

One thought on “Breaking down the Redblacks signing of Jeremiah Masoli”