Fastest routes for Canada to qualify for 2022 World Cup 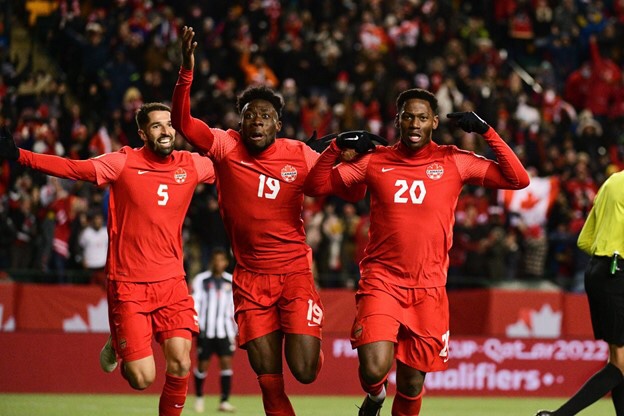 After Canada’s massive 2-0 win against the United States of America, Canada is a fingertip away from making their first World Cup since 1986 and despite having a 99.88% chance of qualifying for the World Cup, there is still a possibility albeit next to none of finishing 5th which would eliminate them from qualifying for the World Cup. Therefore, one cannot blame Canadians for wanting to officially clinch a berth as fast as possible. With 4 games left in qualifying (one in this window and 3 in the end of March window), here are the possible pathways for Canada to qualify as fast as possible.

Wednesday night will host the last games of the current international window, and Canada still has a chance to qualify for the World Cup. However, they will need a lot of help. This is what Canada needs to qualify on Wednesday:

Costa Rica to draw or lose vs Jamaica (7pm)

Mexico to win vs Panama (10pm)

While Costa Rica dropping points to Jamaica is possible and Mexico and Canada are likely to win their matches, the biggest roadblock is Honduras vs USA game. Although the United States has been struggling as of late, Honduras is in far worse shape sitting on 3 points after 10 matches played. It would take a miracle for an upset to happen but this is CONCACAF after all and anything can happen.

If Canada cannot clinch on Wednesday, the next opportunity would arrive on March 24. However this opportunity depends on certain results from February 2. Here is what is needed to qualify on March 24:

Canada to win vs El Salvador

Mexico to win vs Panama

These results would put Canada 8 points ahead of Panama with 3 games left (a total of 9 points available). This means that Canada has a couple ways to qualify on March 24:

Canada to win vs Costa Rica

Panama to draw or lose vs Honduras

Canada winning would put them up to 28 points and even if Panama were to win their remaining three games, they would finish with 26 points.

If Panama were to lose or draw on March 24, the maximum amount of points they could finish with would be 24 (with the draw) leaving them one point behind Canada.

Although clinching a World Cup berth is looking unlikely, Canada can clinch a top 4 spot on Wednesday which will secure them a playoff game at the worst. In order for this to happen Canada would have to win and Costa Rica would have to drop points against Jamaica.

While Canada is in prime position to qualify for the World Cup, fans of the nation who hasn’t been to the big stage since 1986 will not be able to sleep soundly until it’s confirmed. Here’s hoping that Canada can do it within the next 2 games.