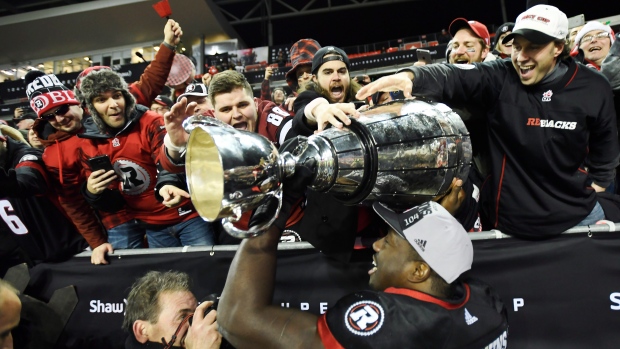 Debates have raged on for years about the quality of the CFL, the talent gap between them and the NFL, and whether talented Canadian players should consider staying up north to play. However, the fans in Canada love the game, despite its unique rules and setup, and still pack arenas to watch. There are also many differences between the big game up north, the Grey Cup, and the Super Bowl, as the Grey Cup does have its own very specific perks.

The majority of sources tell that the Grey Cup, and other lead-up events, commercials, etc. make a total of $80-100 million. Meanwhile, the Super Bowl has made up to $550 million in recent years, a large discrepancy. However, the numbers for the Grey Cup are still impressive considering it is receiving mostly only Canadian viewers, while the Super Bowl is watched worldwide. The Super Bowl is nearly always up above 100 million viewers, and the most recent Grey Cup reached a high of just 7.9 million viewers. The numbers seem staggering, but with the difference in fan bases, the Grey Cup does still remain one of the biggest sporting events in Canada.

One important distinction between the two games is that it is much more common for the Grey Cup to be played at the home field of one of the two teams. The host city is decided plenty before the season, like the NFL does, but with only nine teams these home field Grey Cups are far more common. This also gives teams certain incentive before the year, to try and make the Grey Cup knowing it will be played on their home field. With 32 teams in the NFL, this is a much less realistic goal, with the Super Bowl being played in any given stadium maybe once in 20 years. In just the last 10 seasons, the Argonauts, Tiger-Cats and Roughriders have hosted Grey Cups in the CFL, with Toronto and Saskatchewan winning on home turf.

With less travel, and cheaper tickets, the Grey Cup is a much more accessible game for the average CFL fan than the Super Bowl is for an NFL fan. It is much easier to plan in advance to attend a Grey Cup than a Super Bowl. Tickets are usually available for longer, much cheaper, and the average fan is given equal access to be able to go to the game. This is why you see full stadiums with jerseys (or winter jackets) at the Grey Cup and not just business people in suits sitting in boxes. As much as the new high-tech NFL stadiums are extremely appealing to host Super Bowls, the fact that any CFL fans can realistically go to the Grey Cup may create an even better atmosphere.

The halftime shows at the Super Bowl are obviously much bigger and feature bigger stars than those of the Grey Cup. However, there are still major Canadian music stars that perform at the Grey Cup, and it is considered a great honour. Some of the names who have performed include Justin Bieber, Hedley, OneRepublic, Shania Twain, and Keith Urban. Despite those not being all of the biggest names in the music world, the CFL certainly does still bring big names in to make the game a party everyone wants to be at.

The final distinction between the two is the parity of the league, and how often teams make it to the big game. As the leagues are vastly different in terms of number of teams, the Grey Cup has seen every team play in it recently. Every team has been in at least one Grey Cup since 2010, while many teams have never made a Super Bowl in the NFL. This difference makes CFL fanbases much more optimistic on average than those of NFL teams, with constant opportunities to compete for a championship. Rebuilds and losing seasons take much less of a toll on fans in a league with so much parity.

There are obvious reasons why people love the NFL more than the CFL. The game is much faster, they have the biggest stars, and the NFL playoffs may be the most exciting playoffs in all of North American sports. However, the CFL deserves a lot of respect as a very competitive league with incredible fanbases, and some great talent as well!

3 thoughts on “Comparing the Grey Cup and the Super Bowl”