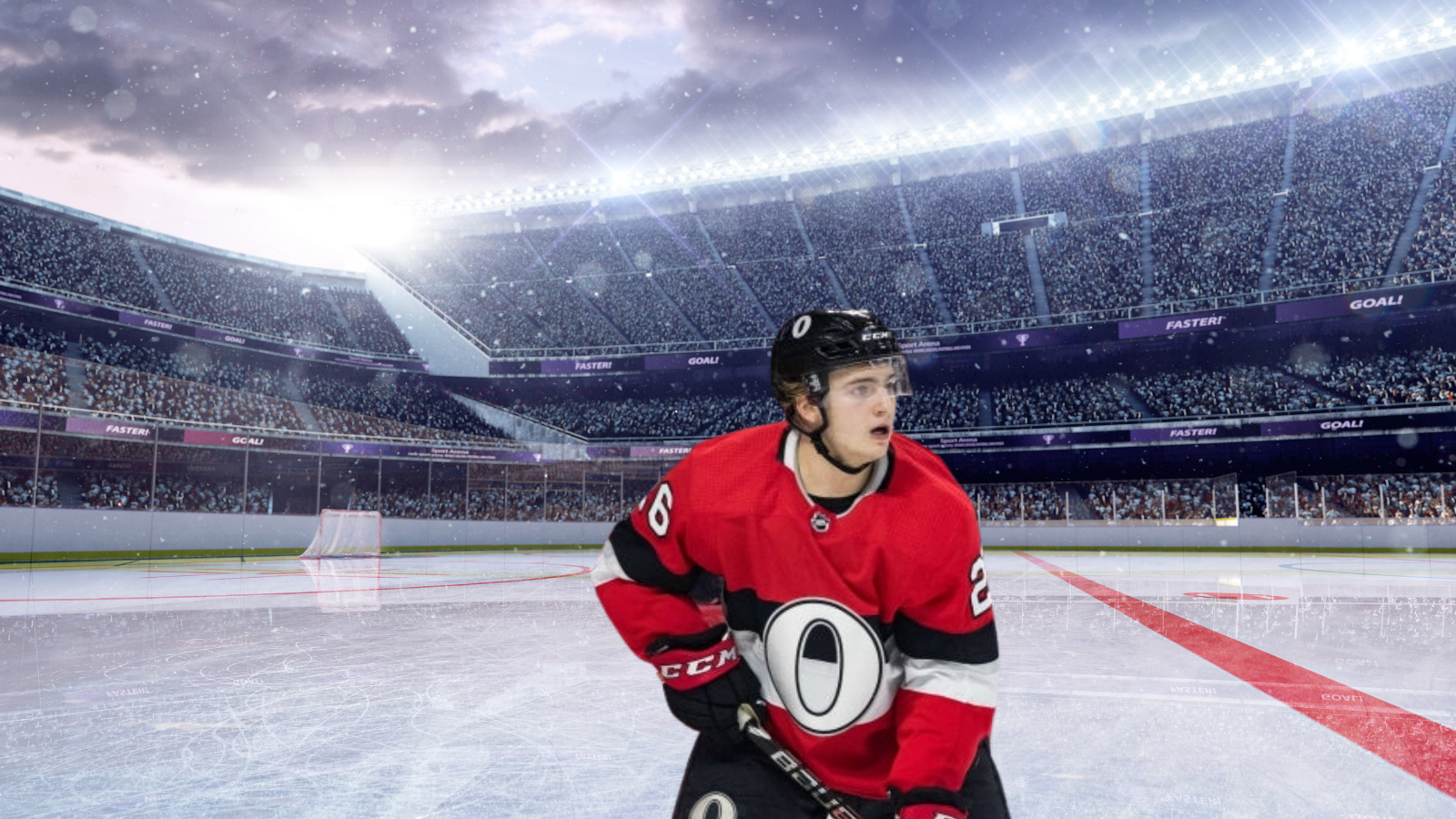 “Today is one of the proudest days I’ve had in the NHL as GM, the Ottawa Senators are proud of what we’ve done today.“

We’ve officially reached summertime sadness from a hockey fan’s perspective as there’s almost nothing to talk about here in mid August. The Ottawa Senators are in the midst of one of the most uneventful off-season’s to date but could Senators GM, Pierre Dorion be gearing up for some late summer fireworks? Things seems a little too quiet for a GM in the final year of his contract.

Erik Brannstrom came to Ottawa with expectations to supersede an elite, homegrown/late bloomer by the name of Mark Stone. This of course came in the middle of a complete and epic tear down. Sens fans had the benefit of watching Stone, a 6th round pick who had the most turbulent stride, morph into one of the best 2-way wingers in the game. Brannstrom, an undersized (5’9) then 19 year old, skilled defenceman, was possibly doomed with unrealistic expectations from the get go. Brannstrom’s produced quality offensive numbers for Bellevile, in the American hockey league and seemed to have finally permanently evolved to a full time NHLer last season.

Fast forward to now, approximately 30 months after acquiring Brannstrom and it appears the Sens have at the very least altered their perception of Brannstrom’s potential upside.

“He dead-ends himself too much on his opposite side, It’s too bad we didn’t have an hour here, I could show you about 10 clips where he dead ends himself and he’s not effective. Erik Brannstrom’s 21 years old right now, lets be careful when we asses his ceiling and what he can do right now. As the season went on we saw some really good things from Brannstrom and we saw some growing pains from him. We think he’s a really good player and he’ll determine if he’s a top 2, top 4 or top 6, he’ll determine where he fits in.”

Exhibit A: With an upcoming potential star, left defenceman in Jake Sanderson and an established star left D, in Thomas Chabot, the Sens have amassed both depth and quality in Brannstrom’s projected spot. Dorion himself called it an “embarrassment of riches” on that left side in particular. The Sens also signed RFA, Victor Mete (left handed), traded for Nick Holden (also left handed) and signed UFA, Michael Del Zotto (yup, left handed). All of which are on 1-way, NHL contracts. Brannstrom however, on a 2-way contract. Crowded much?

Exhibit B: It’s been no secret that the Ottawa Senators feel their most glaring area of need is currently a top 6 forward. With inexperienced centre’s in Josh Norris (59 GP), the projected #1 centre and Shane Pinto (12 GP) projected as a potential #2 centre, the Sens surely lack experience and perhaps quality down the middle. Although Norris had a terrific rookie season last year and Pinto’s transition to the NHL was relatively seamless, if they truly hope to compete this year, the Senators have some work to do.

“Erik Brannstrom could still be used as a trade chip in these negotiations if the organization tries to make a deal for a top 6 forward.”

I Rest My Case

I realize that “Bowtie Bruce” is not everyone’s cup of tea but you can’t argue the fact that he’s the only media member with a true inside perspective. With an “embarrassment of riches” on one side and glaring area of need and even concern in the stacked, Atlantic division, on the other, the Sens need to take a step forward this season. There is plenty of skepticism from many people, perhaps none more than Sens twitter villain and fancy stat guru, JFresh. Here’s a look at his “calculated standings” based on WAR metrics, which has Ottawa finishing with 72 points, second last in the entire league. Yikes!

I think the accuracy of these projections and how things actually play out can be vastly different and are certainly a hot button topic for another day. There’s no debating the fact that if Ottawa goes into the season with their current needs up front, they’re likely going to be closer to a 1st overall draft pick than a playoff birth this season. At this point I’d suggest that Brannstrom being traded is more a question of when and not if.

Do I think using Erik Brannstrom to acquire the “missing ingredient” is a wise decision? I think you have to give something up to get something significant in return but it’s the potential return that will answer my question. Is this player young enough to effectively compete alongside the core when they’ve realized their potential as a team? Does this player have term on his contract or is he willing to sign an extension in Ottawa? Does he make the team better today and tomorrow? If the answer is “yes” to all of these questions than I think the Senators need to accept the calculated risk associated with trading a 21 year old, potential star defenceman. Hopefully Dorion has learned from his early days as GM, when he shipped out 22 year old centre, Mika Zibanejad for what was thought to be an upgrade in 28 year old, Derick Brassard. We certainly don’t want history to repeat itself in this case.