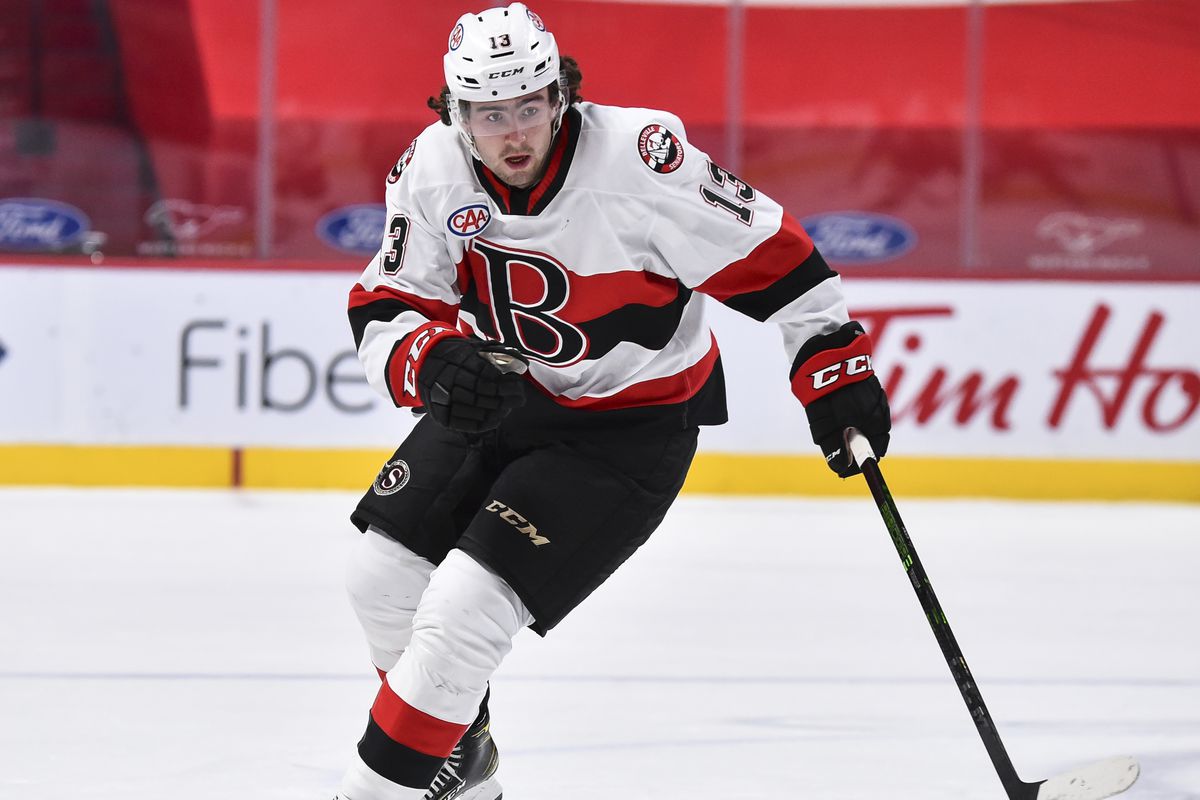 Egor Sokolov finished his rookie season in the American Hockey League-leading the Bellville Senators in scoring and being the youngest player named to the Canadian Division All-Star team. Previous Senators named to the AHL’s All-Star team include Drake Batherson and Josh Norris, impressive company for the 21-year-old.

Head Coach of the Cape Breton Eagles, Jake Grimes, isn’t surprised by Sokolov’s success. “This guy is going to be successful regardless of who is around him, by the way he trains and by how bad he wants it. He’s got that unbelievable component, that desire that will make him do anything to get where he wants to go.”

Grimes said Sokolov’s impressive rookie season did not come as a surprise to him.

“For whatever reason he was looked over a couple of times and sometimes that hurts a guy to a point where they say, ‘no one likes me, I guess I’m not going to be a pro,’ but Egor didn’t take that as an answer. He moved forward and trained more and more and harder and harder,” said Grimes.

Grimes took over as Head Coach in Cape Breton in 2019-20 which was Sokolov’s final year of draft eligibility.

“He was one of the first players I met when I was hired because he was already in Sidney. I was there early before the start of that season and had a coffee with him. He told me his goals and I just got to know him a little bit and he didn’t disappoint at all. He was all and more I could think of and all and more than we said he could be.”

Under Grimes, Sokolov took off. He scored 46 goals and 46 assists in just 52 games before the season was cut short due to the Covid-19 pandemic. Sokolov’s 92 points had him tied for third in QMJHL scoring.

Despite a shortened season, Sokolov’s numbers were good enough to catch the Senators’ attention and many other NHL teams.

“For him, we know a lot of teams if not all teams were interested,” Grimes said. “We knew Ottawa was very interested.”

With what could be the steal of the draft, Ottawa selected Sokolov late in the second round with the 61st pick.

“He has all kinds of talent, all kinds of skill, he’s got a great shot and a lot of things going for him,” said Grimes.

Sokolov is just that.

His billet family owns a grocery store in Cape Breton. At the start of the Covid-19 pandemic, Sokolov volunteered his time to deliver groceries to people who were unable to shop for themselves.

Grimes said that is exactly the type of thing he would expect from Sokolov.

“He never stops with his business. It doesn’t just end at his own working out and his own skating and training. He’s helpful and a naturally great guy. That’s just the way he is.”

Like so many players the Senators draft, Sokolov has both a past and present connection to the organization.

Grimes, his junior coach, was drafted by the Senators in round 10 of the 1992 NHL entry draft. With the Senators reverting to their 2D logo, Sokolov put on the same logo as his former coach did 28 years prior.

Sokolov’s current connection to the Senators is through Batherson, who also played on Cape Breton during the 2017-18 season.

On the High Button Sports Podcast, Sokolov revealed that he and Batherson lived with the same billet family.

“He took me around a lot, and you know he was basically just taking me everywhere, basically tried to help me adjust to the team and teach me a couple things,” Sokolov told host Justin Belanger. “Drake was like my actual brother.”

Sokolov looks to be the latest high quality addition to a Senators prospect pool that is overloaded with talent.